Fabrication as Fact: The CPS Introduces the 1619 Project to Classrooms 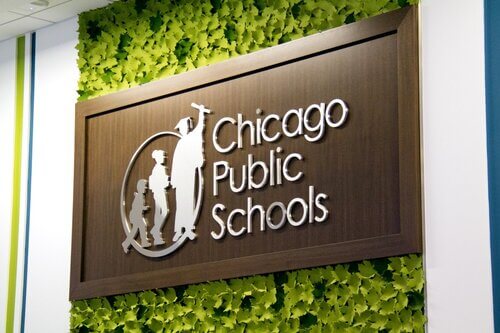 Journalism as history exposes the goal of education in the CPS is Left-wing indoctrination.

When essayist Nikole Hannah-Jones unfurled her 1619 Project in the New York Times Magazine in August 2019, the Gray Lady’s weekly magazine’s editor in chief, Jake Silverstein, described the goal of the work was to “re-frame American history.”

A compilation of condensed historical essays, poems, and literary pieces, some fictional, cobbled together by Hannah-Jones, the parts of the 1619 Project in one way or another are devoted to the notion slavery “and the anti-black racism it required” are the authentic foundations of American history.  Though Hannah-Jones’ 1619 Project was received with a round of applause from journalists, revisionist historians, and Progressives as a masterpiece of historical research, it was condemned for its numerous inaccuracies and historical distortions.  Errors which were swiftly noted by distinguished historians on both sides of the political divide, in a response to Silverstein in December 2019, five historians, Gordon Wood, Victoria Bynum, James McPherson, Sean Wilentz, and James Oakes, objected to Hannah-Jones’ assertion the nation’s true founding date was not 1776 as observed by history, but rather over 150 years earlier in 1619 with the arrival of the first slaves to Point Comfort, Virginia.  1619’s errors did not stop with the founding date, and neither did the historians’ efforts to correct Hannah-Jones’ revisionism.  In another troubling facet of Hannah-Jones’ work, the Project employs poetry to connect slavery to the consequences of Hurricane Katrina.  By this interpretation, readers are led to believe there is a direct line between slavery and mass incarceration.  An utter falsehood, among the other appalling mistakes in the 1619 Project is Hannah-Jones’ claim the disintegration of the black family has roots traced to the 17th century, slavery disproportionately created this country’s wealth, colonists sought independence from Great Britain as a means of preserving slavery, and the deeply ahistorical claim slavery as a matter of study has been ignored by America’s intellectual class.

Though Silverstein responded to Drs. Wood, Bynum, McPherson, Wilentz, and Oakes, his rebuttal published in the Times Magazine brimmed with an attitude of defiance.  Explaining the magazine disagreed with the historians’ claim the project is replete with error and motivated by ideology over irrefutable historical record, Silverstein declined the request for corrections to the published work.  Despite the New York Times Magazine’s tolerance with historical revisionism and sloppy research, the 1619 Project was so well received it went on to earn Hannah-Jones a Pulitzer Prize for Commentary. An award conferred to journalists for distinguishing themselves in, among other areas, newspaper, magazine and online journalism, Hannah-Jones accepted the prestigious Pulitzer gold medal for her “sweeping, deeply reported and personal essay for the ground-breaking 1619 Project, which seeks to place the enslavement of Africans at the center of America’s story, prompting public conversation about the nation’s founding and evolution.”

While Ms. Hannah-Jones may be praised in some circles for her work, the 1619 Project is a piece of journalism and not historical research.  The problem here is Ms. Hannah-Jones’ 1619 Project is being treated as a pioneering research, and although distinguished historians urged against the Project’s adoption into curriculum or related instructional material in the letter to the Times Magazine, public school districts across the nation have approved the inclusion of 1619 Project into public school social studies programs.  The Chicago Public Schools is among them.

Journalism should never be the cornerstone of school curriculum.

To understand how damaging the introduction of the 1619 Project into CPS curriculum, it is important to recognize the aim of teaching social studies and its assorted disciplines.  Designed to enlarge the frontiers of knowledge, social studies’ purpose is to teach intellectual and independent judgment and scholarly learning in the interest of general social betterment and civic competence.  To achieve this goal, students are steeped in knowledge of historical concepts and fact to acquire skills in historical inquiry and interpretation to gain an understanding of how important historical events and developments have shaped the modern world. Through the study of the past and its legacy, pupils examine the institutions, values, and ideals of people in the past.  However, the civic competency of which the education system seeks to inculcate in students is only achieved through a factual examination of historical record.  Unfortunately, and by Ms. Hannah-Jones’ admission, the 1619 Project is not history but a work of journalism.

Although the variety and the often obscurity of historical evidence requires classroom instructors learn to see beyond the bland simplicity found in textbooks, the first step in understanding the past and present is gathering basic facts about past era.  While there is an enormous amount of evidence our schooling system does not adequately examine important areas of U.S. history, one main reason for this is the social studies disciplines have been subjugated by countless other mandated objectives.  Regrettably, the 1619 Project is one such objective which will consume more classroom time from more important tracts.

Remarkably grotesque policymaking by the new moralists at the CPS, the decision to allow the 1619 Project into CPS classrooms is similar to the introduction of “new math,” a silly idea which flopped.  The 1619 Project, however, is poison from a poisoned mind and the consequences are far more serious.  When history is taught in American classrooms, the curriculum should be developed from the minds of historians and taught by educators intent on delivering to students a panorama of our great American experiment, fine points and flaws.  Another example illustrating the dysfunctional state of public education in Chicago, the introduction of the 1619 Project into CPS curriculum only demonstrates the CPS is tolerant of the infiltration of schools by social engineers aiming to serve a specific political purpose.  The result of curriculum based on indifference and ignorance, the repercussions of teaching Hannah-Jones’ 1619 Project are Chicago’s schools turning out of thousands of bitter, half-ignorant students who are unable to distinguish between truth and falsehood.