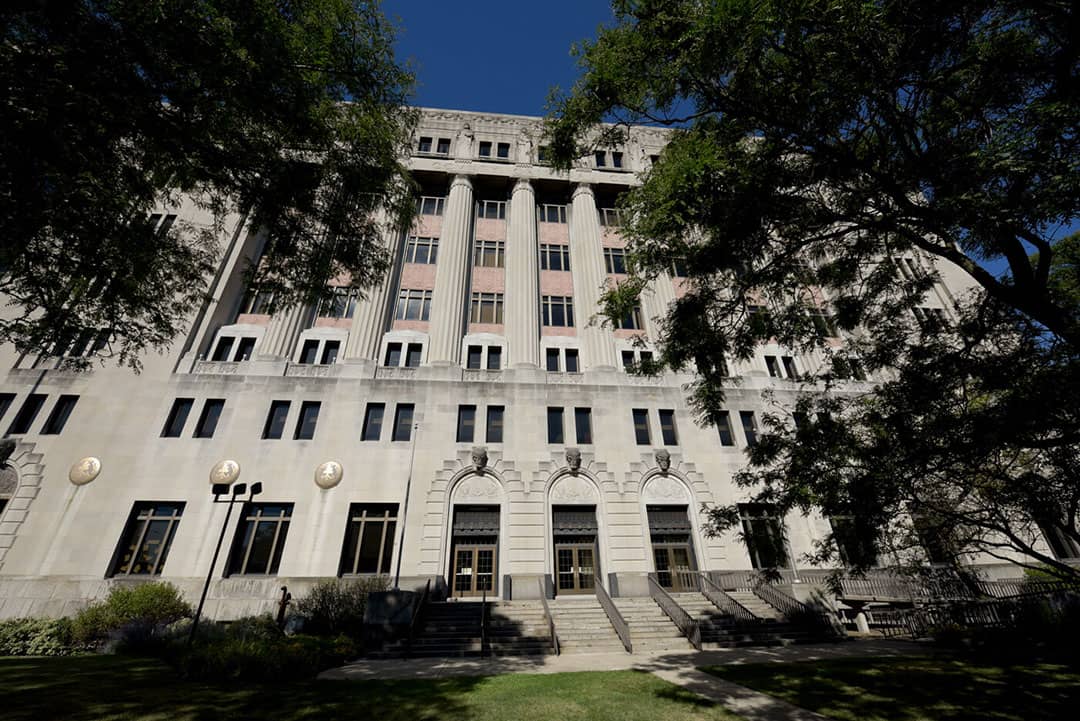 More and more frequently, attorneys representing the City of Chicago are challenging lawsuits that allege police coerced confessions from suspects, even calling the claims of abuse against the detectives who worked criminal investigations “fairy tales.”

Defense of the detectives is generating some bizarre responses from journalists whose outlets have bought and pushed the police misconduct narratives, none more so than WBEZ’s Chip Mitchell.

A journalist whose career at WBEZ includes a virtual weekly attack on some police officer or the department itself, Mitchell is now facing a slew of cases winding their way through county and federal courts in which the city is refusing a narrative the Chicago media has promoted time and again.

For a while, Mitchell and the rest of the Windy City press just kept quiet about the allegations, itself a potentially stunning sign of bias, particularly for a media that routinely adds the allegation of a code of silence in their stories of police misconduct.

But Mitchell has finally addressed the allegations. On June 3rd, Mitchell penned a bizarre article criticizing city attorneys for questioning the anti-police mythology. Mitchell even quoted a source who assailed the city’s stance on the cases as “two-faced.”

Two-faced? These are cases that arise from heinous crimes such as murder and rape, cases in which attorneys and detectives wholly reject claims that the offenders are innocent and were victims of abuse.

To understand how controversial many of these cases are, consider the case in which a city attorney alleged the fairytale claim.

The statement arose during closing arguments in the federal civil trial in which Stanley Wrice claimed he was coerced into confessing to a 1982 rape and severe burning of a woman. During the course of the trial, attorneys for Wrice brought forth four men who had obtained settlements from the city based on claims similar to Wrice’s. The city attorney, strongly rejecting Wrice’s allegations in the trial, said the claims of these four men were “fairy tales.” That’s five cases against the Chicago police current litigators for the city seem to be rejecting.

"All four had received settlements from the city, three of them under a 2015 “reparations” ordinance that restricted payouts to people with a “credible claim of torture or physical abuse."

"During the trial’s closing arguments, nevertheless, an attorney for the city said the testimony of these witnesses amounted to “fairy tales."

Despite the city attorney’s claims, Wrice emerged from the courtroom victorious, but precedent was set: Chicago attorneys were calling a host of cases against detectives “fairy tales.”

What, then, are the city attorneys saying about the media that time and again turned those stories the attorneys are calling “fairy tales” into news reporting? Were city attorneys right, even about some of the cases? How about just one case? Will Mitchell or WBEZ come forward with an article alleging the attorneys were right about the fairy tale claim in just one instance, or is every exoneration case in Chicago absolutely airtight?

Well, if Mitchell were to walk around Leighton Criminal Courthouse at 26th and California and talk to some of the judges, prosecutors, or even the detectives working the cases, he would find that there is widespread skepticism in many of these exonerations.

Consider some key facts in the reporting and non-reporting by Mitchell. The long saga of Stanley Wrice from once-convicted rapist and primary offender originally convicted of burning Karen Byron in the attic of Wrice’s South Side home over the course of several hours, then dumped in an alley where she crawled to a gas station looking for help, is a tale with many twists and turns. It’s a chronicle that was clearly reviewed by the Chicago’s law department before going to trial.

There were seminal developments in the Wrice case that all but compelled city attorneys to fight the case in court. Their refusal to do so might very well have undermined their sworn obligations as attorneys and as representatives of the city and its police. Mitchell did not cover these developments either in his article or at the time they occurred.

One incident Mitchell failed to cover was a 2014 ruling by Judge Thomas Byrne to deny a certificate of innocence after Wrice was released from prison. In his decision, Byrne argued that he believed Wrice was culpable in the crime. The judge also cast doubt on statements obtained by students from Northwestern University, who interviewed witnesses decades after the crime and somehow obtained radically different descriptions of the event. Byrne called one retraction “suspicious.” This was yet another case that cast doubt on the methods of student investigators working under David Protess, whose methods garnered the condemnation of the university shortly before Protess left the university in 2011. Despite the statements by Judge Byrne, no one in the media looked closely at the manner by which these retractions were obtained, certainly not Chip Mitchell or WBEZ.

It is an undisputed fact a woman, Karen Byron, was gang raped and then severely burned. One wonders in the media coverage of the Wrice saga where the progressive agenda of women’s rights and the rights of children stand. Did it flounder on the rocks of the media’s stalwart anti-police agenda?

Even more suspicious is Mitchell’s failure to mention a central witness in the case, a woman who lived near Wrice when she was growing up. This woman testified in a deposition that Wrice routinely raped her when she was a child. This woman also claims Wrice began raping her as early as age 14 and impregnated her with her first three children.

While the media obediently covered the decision to release Wrice from prison under the fanfare of another “wrongful conviction,” this eye-opening deposition barely saw the light of day.

Nor are these cases the only ones being attacked by city attorneys, as they have been fighting a host of others, including the commutation of Tyrone Hood by Governor Quinn for a 1993 murder, the exoneration of Nevest Coleman and Darrell Fulton for the 1994 rape and murder of Antwinica Bridgeman, the exoneration of Gabriel Solache and Arturo Reyes for the grisly 1998 murder of Mariano and Jacinta Soto and the kidnapping of their children, as well as the exoneration of Jose Maysonet for the 1990 double murder of Kevin and Torrence Wiley.

How long will the Chicago media remain silent? How long will they continue to cover alleged police misconduct stories yet keep this entire universe of legal scrutiny in the wrongful conviction movement out of the public domain?

Isn’t it time for the Chicago media to determine which cases of allege police misconduct are fairy tales?