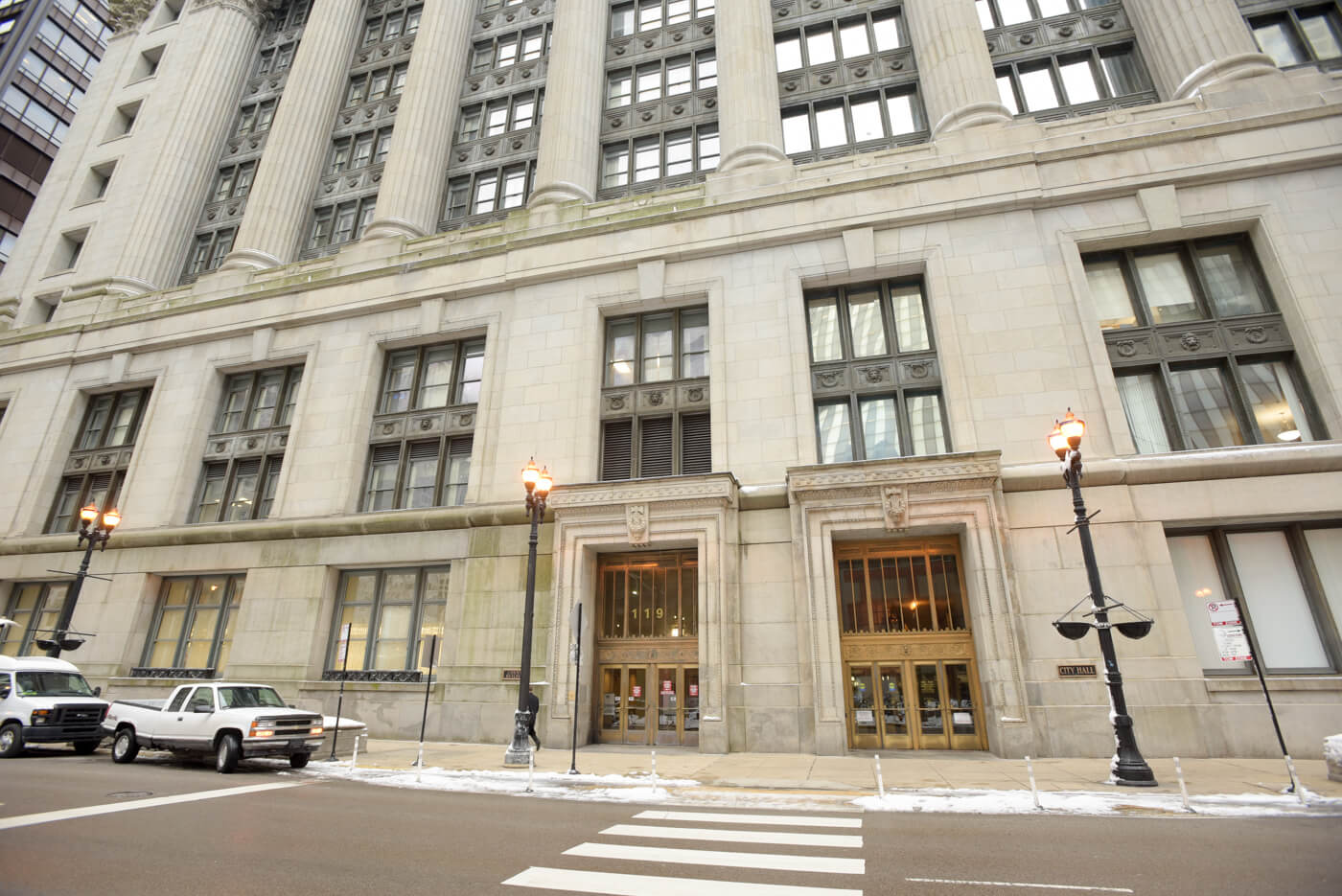 Yet another sign Mayor Lightfoot's divided house is crumbling.

In some cities, it might turn heads when a mayor like Lori Lightfoot appoints the former chief ethics officer for Cook County State’s Attorney Kimberly Foxx to a seat on a board responsible for oversight of Chicago police officers.

Kimberly Foxx, after all, is quickly proving herself to be one of the most corrupt prosecutors in the history of the state. Along with Philadelphia’s Larry Krasner and San Francisco’s Chesa Boudin, Foxx has been at the tip of a movement of activists/prosecutors who have won elections with a massive influx of money and political support from radical philanthropists like George Soros, all in a seeming effort to wage war against the police from the inside of the criminal justice system.

One might think, then, April Perry would not be an ideal candidate for a position on the Chicago Police Board, which is already widely viewed by many police officers to be a kangaroo court.

Such a person simply wouldn’t understand Chicago. Public service in Chicago is measured almost solely by a person’s willingness to toe the party line of the progressive Democratic machine that rules the city with an iron curtain fist. It is altogether logical in the Chicago way of doing business that Perry would be appointed to the police oversight board despite her dismal record while serving in Foxx's office.

Take, for example, the Jussie Smollett hate hoax. A scandal that defined Ms. Foxx’s first term in office, the detectives in the Smollett case spent hundreds of hours investigating Smollett’s claim that he was the victim of a hate crime. After thoroughly investigating and reviewing all the video footage proving his story was false, Foxx cut Smollett a sweetheart deal that reeked of backroom dealing. Then, as is custom in Chicago, the police involved in uncovering the fraudulent claim were accused of misconduct.

Aided by a media that created a hysteria around the story, Perry resigned from Foxx’s office, as did another top assistant to Foxx. However, Perry never came forward and told the public what really happened or publicly condemned Foxx’s actions. Like so much of what happens behind the curtains in Chicago, the real activities that went on in the Smollett case remain one of countless undisclosed dirty little secrets. Now Perry, who quietly walked away from the Smollett scandal, is the member of a board supposedly aimed at accountability for the police?

If it were only the Smollett scandal. But it isn’t. In the grand scheme of things, the Smollett scandal barely appears on the radar. The truth is that the Smollett saga has become a key component in the theater of Chicago journalism. The Smollett scandal became a story that Chicago’s army of reporters relentlessly covered to justify their overpriced journalism degrees. By fanatically covering the Smollett scandal, Chicago reporters obediently kept the real stories about Foxx and her conduct in office off of the headlines and out of the public consciousness. What, ultimately, would threaten Chicago more than a truly independent media informing the general public? Chicago is, after all, the laboratory where the possibilities of the left were given wings through the steady corruption of the media, a corruption now unfolding throughout the country.

The real scandal of Foxx’s term in office, aside from Perry, is the exoneration of criminals for some of the most vicious murders in Chicago’s history. Foxx’s mission to free one convicted killer after another on the flimsiest, most dubious claims began the moment she assumed office. Some of these convicted killers were eventually represented after their release from imprisonment by law firms that supported Foxx’s campaign. This is a fact rarely touched upon by a media in the city that will catalogue what an accused police officer ate for breakfast thirty years ago. One reason the media got away with never mentioning it was the fact Perry was the woman who served as Foxx’s chief of “ethics.”

Foxx’s exoneration of these convicted killers resurrected a police misconduct narrative upon which much of the corruption in Chicago is based and perhaps funded. It is also the central tenet of the anti-police movement in their design to turn police into criminals and criminals into victims. This process was initiated and perfected in Chicago in the 1960s. It is, at its core, a revolutionary movement, something many Republicans are sadly understanding far too late.

Nevertheless, Perry’s role as the chief ethics officer for Foxx on these exonerations should forever ban her from being seated on an oversight agency judging Chicago police officers.

Perry’s appointment to the Chicago Police Board is another grim sign that Mayor Lori Lightfoot’s administration is a crumbling, divided house. Here is precisely why: After Foxx released all these once-convicted killers, they marched into federal court with their lawsuits against the police. Unlike her predecessor Rahm Emanuel, who caved to these claims, Lightfoot appointed a team of attorneys who disputed Foxx’s exonerations, ripping them apart in the federal courts. As the former ethics official to Kimberly Foxx who remained silent as Foxx released men convicted of terrible crimes, Perry’s appointment to the Police Board is more than just curious.  It is an absurdity.

This begs a question never asked by Chicago’s slanted media: Which is it, Ms. Lightfoot, the rule of law or a war on police? The fact that Lightfoot recently got rid of Mark Flessner, the city’s top lawyer fighting Foxx’s appalling exoneration cases in federal court, and now appointing Perry to the Police Board goes a long way in answering that question.

What a series of decisions in a city that had close to 800 murders last year. This is the same city that is in the middle of a global pandemic, where rioting and looting devastated the Mag Mile over the summer and carjackings unfold hourly.

Now on the Police Board, Perry joins a pathetic circus. A panel composed of members with little law enforcement experience and obvious bias, the police board is an oversight agency in name only. In truth, it is just another arm of the anti-police movement, reflexively accepting the conclusions of its co-agency, the Civilian Office of Police Accountability (COPA), even when COPA’s rulings blatantly undermine use of force policy and violate due process rights of members.

An agency with a sordid record of media leaks that bolster attacks on police officers, COPA itself should be under review. And, in fact, it is. The conservative watchdog group, Judicial Watch, has filed a lawsuit against COPA, claiming the agency is not sufficiently responding to Freedom of Information (FOIA) requests.

The two agencies, COPA and the Chicago Police Board, are the Fred Astaire and Ginger Rogers of anti-police oversight, funded by taxpayers whose real aim is to attack the police who are trying to protect the taxpayers, along with every other citizen.

That’s pretty tough for the police to do when the head of the police board, Ghian Foreman, is out demonstrating against the police, as he reportedly was last summer. There is no record of Foreman protesting the exonerations of so many once convicted killers under Foxx, even though the city attorneys have eviscerated these exonerations in court proceedings, another sign of just what an “independent” body the police board truly is.

Perry’s appointment has also generated an unlikely silence from another source, the Fraternal Order of Police (FOP) Lodge 7. The union’s legal defense representatives have had little to nothing to say about the frightening appointment of Perry to a board that is now set up to toss yet another generation of cops under the anti-police bus.

The appointment of Perry to the Police Board, after all, is powerful fodder for insidious penetration of the anti-police movement into the city, county, and state’s institutions.