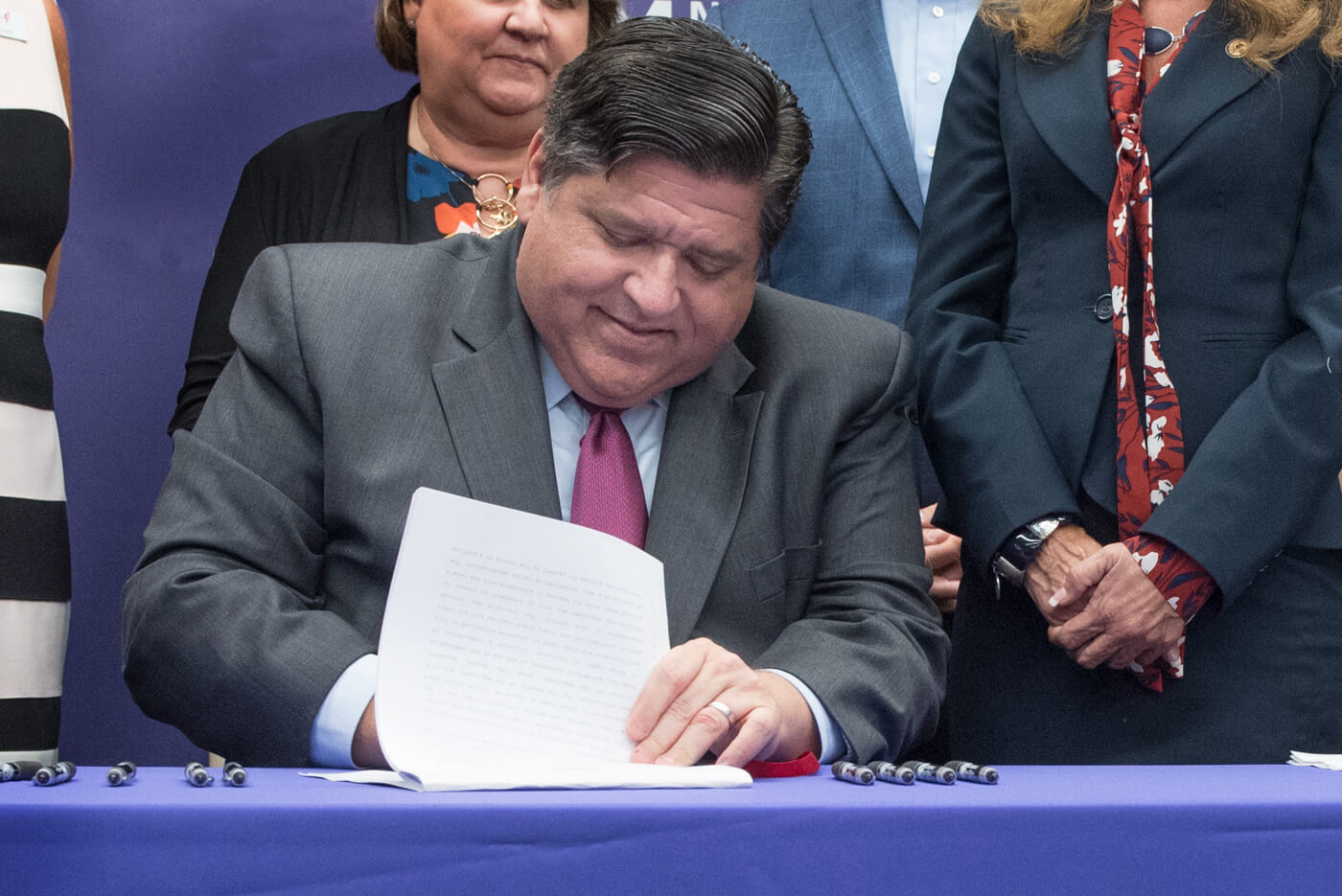 A win for the CTU is always a loss for Chicago public school students.

When Steven Brill’s article “The Rubber Room” was published in the August 31, 2009, issue of The New Yorker, reactions varied widely. For parents of students enrolled in New York City Public Schools, many were outraged. To others, Brill’s revelations elicited a roll of the eyes. For members of New York City’s all-powerful teacher union, the United Federation of Teachers (UFT), the publication of “The Rubber Room” caused many to recoil in horror as one of the union’s ugliest secrets had spilled out into the public.

In his account of New York City public schoolteachers dismissed from the classroom for incompetence, Brill described hundreds of educators who continued to draw salary and accrue pension and benefits while their cases to determine their fate were heard by an arbitrator. While some of the educators faced relatively minor charges, such as failing to follow mandated curriculum, refusing to perform the basic functions of teaching or chronic absenteeism, more serious charges included drunkenness while leading a class or a grave allegation of physically assaulting or molesting a student.

Though they were forbidden from presiding over a classroom, the suspended educators were required to report to a building operated by New York City’s Department of Education for a regular eight-hour workday. While in the Rubber Room, officially known as the Temporary Reassignment Center, disqualified educators awaiting their hearings pursued leisurely activities. In Brill’s lively retelling, some educators remanded to the Rubber Room read, a number played board games or cards, and a few banned from the classroom slept all day. All of this occurred while the barred teachers were under the watchful eye of private security and two New York City Department of Education supervisors.

Though Brill’s essay called attention to the existence of the Rubber Room, his broader point was to bring to the fore the urgent need for education reform. Brill accomplishes this objective by tendering perspectives from city and state officials, representatives from the UFT, and experts knowledgeable in the field of education, many of whom describe arbitration as a device which unnecessarily extends the period required to resolve cases pending against suspended teachers.

A tool which unions have used for decades to settle labor disputes on a wide range of issues, arbitration is found in collective-bargaining agreements negotiated between union leadership and school districts. Generally speaking, collective bargaining addresses an extensive range of issues to be settled during contract talks. Those issues include: Negotiations over salary schedules and employment benefits; hiring, evaluation, and dismissal policies; and rules governing work responsibilities, teaching hours, class assignments, class size, and duties unrelated to teaching.

Unlike the New York City school system, the Chicago Public Schools do not have a center at which teachers proven to be incompetent are required to report while awaiting arbitration. Nevertheless, the teacher’s unions in both cities enjoy the advantage of collective bargaining in negotiations with school boards. A powerful instrument which affords the Chicago Teachers Union (CTU) extraordinary power, the CTU brandishes collective bargaining as a truncheon to wring pay increases for performing less work with fewer responsibilities, no accountability, and to enhance the benefits for its opulent pensions. The CTU routinely abuses collective bargaining, and it is about to become much worse.

Under Section 4.5 of the Illinois Educational Labor Relations Act, the CTU has been prohibited from negotiating over class size, staff assignments, charter schools, subcontracting, and teacher layoffs. However, in a vote which hands the CTU a considerable victory, the Illinois State Senate voted to repeal the Section 4.5. By doing so, the Illinois Senate is empowering the CTU to extract more concessions at the negotiating table during contract talks. This is certain to hurt pupils enrolled in Chicago’s public schools. Governor J.B. Pritzker has committed to signing the bill.

A section of labor law the CTU has lobbied Springfield to repeal for over two decades, the CTU’s relentless campaign to overturn Section 4.5 serves one purpose: To further tip the balance in favor of the union at the bargaining table in contract discussions with the City of Chicago. Though the CTU already avails itself of strong-arm tactics, to deepen our understanding of the motivation behind the union’s effort to repeal Section 4.5, it is critical to grasp several potent advantages of collective bargaining.

Unlike a private-sector union negotiating with a for-profit firm, public unions are free of any discipline imposed by the forces of markets. A union which negotiates with a government, the CTU leverages the fact the City of Chicago is not a business, can not relocate to escape unreasonable union demands, and can not cease operation. Moreover, the CTU is also keenly aware Chicago negotiates with revenue collected through the compulsion of taxpayers.

Second, the CTU also finds an appreciable edge in collective bargaining because strikes are political weapons. Unlike a strike in the private sector, which denies a firm profit and temporarily brings about a complete stoppage of production, a strike by a public union grinds part of city machinery to a full halt. Since city government serves as a legal monopoly, a strike by unionized educators inflicts a tremendous inconvenience on the public at large. Though government is not deprived of revenue during a public strike, educators forming a picket line create such miserable conditions in the everyday life of citizens, residents, particularly parents of pupils, are disposed to align with striking teachers and often pressure elected officials to end the impasse by acquiescing to the union’s demands.

Third, public-sector unions and city officials both stand to gain from contract negotiations. Instead of stubborn wrangling with unions, city leadership often perceive discussions over wages as a technique of securing higher wages and retirement plans for themselves. Though city officials are the people outwardly representing the public, city officials in talks with unions are acutely aware of their dependency on both public wages and public pensions. If, for example, a pay raise is negotiated with the CTU, non-union city employees are essentially brokering pay proportional pay increases and pension benefits for themselves.

The fourth advantage: Public unions organize politically and influence elections. The most significant advantage the CTU enjoys, public-sector unions reward elected officials who serve to engineer the union’s preferred outcomes. Similarly, the union punishes lawmakers who do not serve the union’s interests. A consequence of political donations, some of which is financed by members’ dues, unions have a steep bias toward a stance at the negotiating table which yields higher wages, more generous pensions, and intractable work rules.

What Chicago needs least is a more powerful CTU.

Since the consensus against public-sector unions with collective-bargaining power collapsed in the late 50s, public-sector unions have flourished nationwide, strikes have increased, and the public pension crisis was born. Today, labor unions have evolved from an association representing the rights and interests of a professional trade into a big business. With politics their core function, CTU leadership tends to behave like the thieving, unscrupulous “robber baron” industrialists who ruthlessly profited during the Gilded Age.

Though the CTU sanctimoniously maintains the repeal of Section 4.5 will strengthen Chicago’s public schools, the return of class size, staff assignments, charter schools, subcontracting, and teacher layoffs to the negotiation table will only serve as weighty bargaining chips the CTU will abuse with an unholy glee. A union with the talent for the stacked deck and the fast shuffle, the CTU’s aim is to profit from broadened bargaining power to demand fewer pupils in the classroom to increase school staff and, thus, increase the number of dues-paying members of the union. That the CPS has experienced a drop in its student population over the last ten years makes the CTU gaining the advantage of negotiating over class size and demanding increases to CPS staff even more ridiculous. Moreover, with the repeal of Section 4.5, the CTU will devote a substantial amount of its time and attention to piteously destroying its main competition, charter schools.

Viewed more widely, with the CTU on the cusp of becoming more potent, Mayor Lightfoot and schools chief Dr. Janice Jackson can expect discussions with the teacher’s union to be indistinguishable from bargaining with the devil. Legislation which gives the CTU more of an incentive to strike, the mayor and Dr. Jackson should expect a nastier and more recalcitrant union, and the tone of the CTU in disputes with the city to become more heated and hyperbolic. Most important, the City of Chicago should be prepared for the CTU to demand shorter contracts and paralyze the city by striking on a whim. A loss for the taxpayers, parents, and pupils enrolled in CPS schools, Chicago residents should brace for higher taxes and its miserably performing schools to become worse academically, as the CTU will engage in nasty brawls to protect inept educators and trap Chicago’s neediest students in Chicago’s lousiest schools by denying parents school choice.

The Chicago Public Schools is in shambles due to the cunning, avarice, and obstinacy of the Chicago Teachers Union. Nonetheless, the emerging villain in this legislative disaster aside from Democrats in Springfield is Governor J.B. Pritzker, whose signature on legislation repealing Section 4.5 will permit the CTU to expand its power, domination, and control over Chicago's public schools. If any legislative action was needed here, it would be to rectify the imbalance of power on behalf of the CPS. Governor Pritzker’s signature will give the CTU the power to gut the Chicago Public Schools.  Bet your boots the CTU will do so with as much zeal as they can muster.