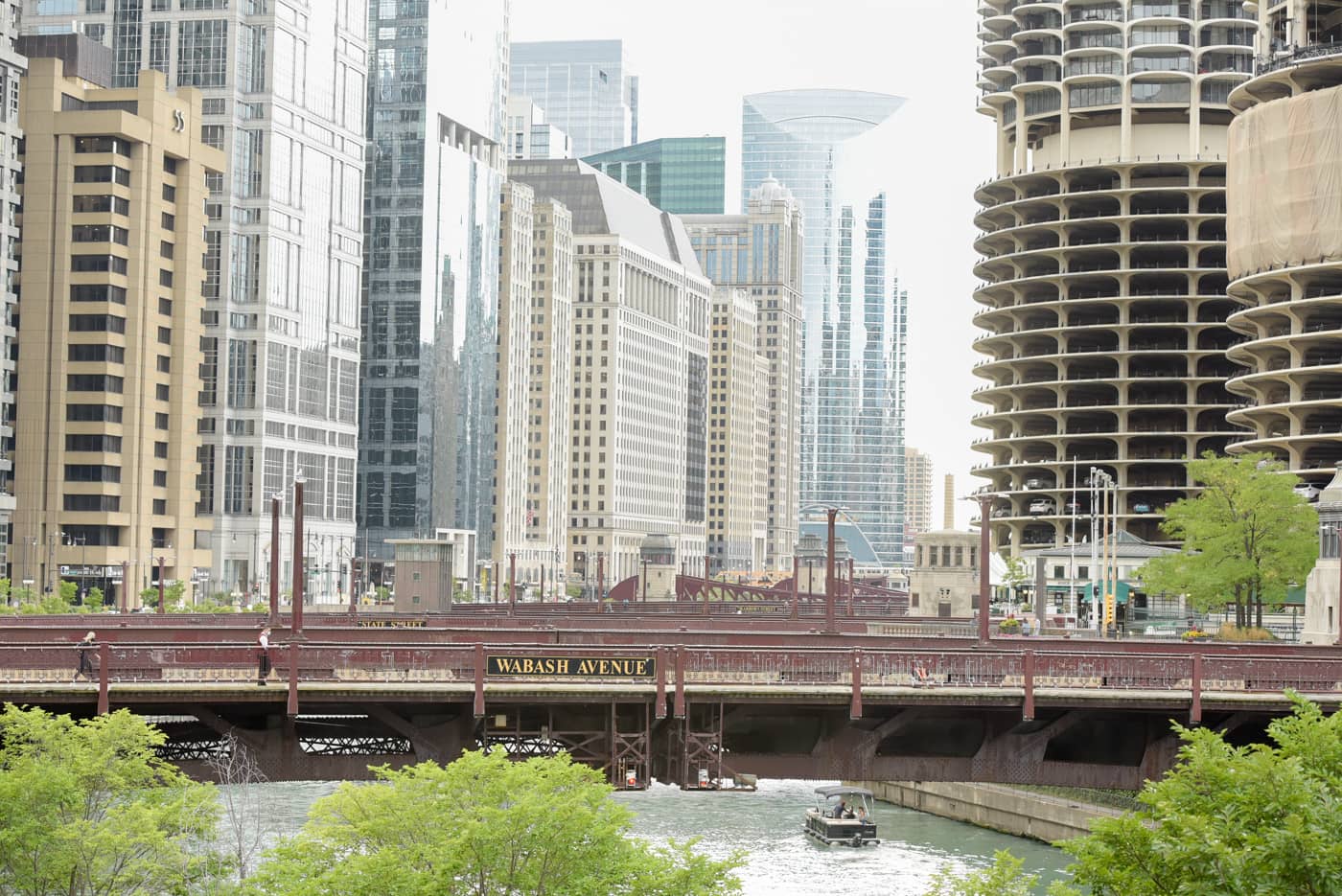 As if on cue after Contrarian’s critique of Mayor Lori Lightfoot’s vision for the city, billionaire hedge fund manager and investor Ken Griffin announced June 23 he was moving the headquarters of Citadel, one of the largest, most successful hedge funds in the nation, from Chicago to Miami.

In an e-mail to Citadel employees announcing the move, Griffin described Miami as a “growing metropolis that embodies the American dream.”

Much like a married couple who are separating, for the second time in a decade, Griffin is getting divorced. This time, however, Griffin is severing his ties from the city that has been home to his financial services juggernaut, and taking his own income and the tax base of 1,000 people, many of whom are very highly paid.

Unsurprisingly, the reaction from Chicago Mayor Lightfoot and Illinois Gov. J.B. Pritzker could be characterized as “don’t let the door hit you in the rear.” Upon learning of Griffin’s decision to leave, Chicago’s disconnected mayor issued a terse, perfunctory statement, thanking him for his contributions to the city. In Springfield, Pritzker downplayed the loss of his monied political nemesis’ departure, the third marquee firm to head for the exits in recent months, following Caterpillar and Boeing.

While Lightfoot and Pritzker shrugged at Citadel’s retreat from Chicago, citing the expansions of Kellogg and Abbott, ex-Obama aide David Axelrod was less sanguine:

"Whatever your politics, you should consider this a loss to the city and state, not just because of the taxes lost, but because of Griffin’s philanthropy has been expansive and impactful."‍

"Whatever your politics" is the code for his progressive constituents which translates into "I know you think you would like to see wealthy capitalists like him banished from Illinois anyway." "Whatever your politics" is shorthand for "we really don’t like your kind around here but we’ll take your money."  Nonetheless, Axelrod is smart enough to see the impact of Griffin’s departure and the message it sends.

While Griffin’s track record of investing in financial instruments is admittedly better than his investment in candidates (Griffin backed Richard Irvin in the 2022 GOP gubernatorial primary), the city’s loss of Citadel is just the latest blow to a flagging Chicago business community and a sinking LaSalle Street. While Chicago never had New York’s financial prowess, it had a solid middle market oriented financial community. The combination of consolidation due to Dodd-Frank, COVID and the crime wave, has gutted a once vibrant financial services industry in Chicago.

LaSalle Street, a once solid second sister to Wall Street, seems empty and cavernous now. Most banks are now owned by out of towners — BMO Harris, CIBC (formerly PrivateBank), Fifth Third Bank (formerly MB Financial and Cole Taylor). The Standard Club is now closed and Union League Club hangs on somehow, but the hustle and bustle is gone and you mostly hear echoes of your own footsteps in the lobby.  Management strategy guru Michael Porter has written much about “clustering,” i.e. the notion that even in the internet age, industries tend to cluster around a certain geographic area — technology in Silicon Valley, mutual funds in Boston. Chicago now is going through a “de-clustering” in financial services.

Griffin warned Mayor Lightfoot and city officials of the threats and the consequences of inaction. Griffin was correct to issue the warnings. Unlike other large companies that demand all sorts of concessions from the city where they are attempting to relocate, all Griffin asked for — repeatedly — is that the city fulfill its most important obligation — keeping citizens safe. With his employees victimized by the criminals who have taken over Chicago, Griffin finally threw in the towel, taking his highly compensated employees with him and poking another hole in an already tattered city and state budget.

Griffin’s decision to relocate Citadel to Miami shows he was ready to put his money where his mouth is. Though Griffin was best known for funding opposition to J.B. Pritzker’s Fair Tax referendum in 2020 and bankrolling Aurora Mayor Richard Irvin, his philanthropic work in Chicago was substantial. In his 30 years in Chicago, Griffin provided considerable, steady, non-partisan material support for the city — some $600 million — that contributed directly to infrastructure projects such as the redevelopment of the city’s Lakefront Trail along Lake Michigan. This largesse is expected to disappear with him when Griffin leaves Chicago.

Griffin also made large donations directly to fight crime in the city. None of this mattered to Lightfoot or other city officials. Chicago’s activist politicians — mainly the Democratic Socialists and progressives — determined to stick with the failed strategy of defunding the police and “criminal justice reform” made sure that Griffin’s money was wasted.

The direct and indirect impact of Citadel’s loss is consequential. It’s a devastating blow to Chicago’s designation as a financial center. Once a natural draw for graduates of the MBA programs of The University of Chicago and Northwestern, both attorneys and executives in the financial sector in Chicago have revealed to Contrarian that a majority of work once found in Chicago’s financial services industry is now developing outside the city. With remote work now becoming normalized, more and more firms are reducing their footprint in the Loop.  In a city with so many structural challenges facing the city, Lightfoot cannot afford to let a major employer slip away. Yet Lightfoot did and both she and Pritzker are acting with indifference.

‍Crain’s Chicago Business has likewise tried to rationalize Citadel’s exit by pointing to some of the out-of-town employers that are expanding here. Though a valiant attempt to defend Lightfoot, this is a red herring. While it’s nice to have the jobs, firms that opt for Chicago do not have as much of a vested interest in the Windy City, its neighborhoods and cultural institutions. As we have seen, when it is in their economic interest, firms that settle in Chicago do so only temporarily and will cut and run, too.

Predictably, the Fourth of July weekend brought chaos and carnage to the city with 12 dead and 68 wounded. Local media presented images of unruly crowds in the Loop shooting fireworks at and jumping on Chicago Police squad cars, as safety and order were in complete collapse. Outside the Loop, in separate instances on the Northwest and Southwest Sides, as police attempted to break up crowds gathered to watch drag racing, officers were met with hostility. When police were forced to retreat from the fracas, cheering erupted among the throng of people gathered. Sadly, one officer committed suicide over Independence Day weekend.

While Lightfoot screams obscenities at a Supreme Court justice, the city under her aegis descended into a hellscape, as if to confirm Griffin’s decision and quash any lingering doubts he may have had about relocating.

Ken Griffin made a rational decision to leave Chicago. Griffin can no longer expose his employees to the crime wave that is tormenting the city. Griffin is also aware also that the city and state government haven’t lifted a finger to put the city and state on a healthier financial footing. Those with an understanding of the fine points of municipal budgeting recognize neither Lightfoot nor Pritzker have solved the city or state’s intractable fiscal problems.

Rather, those with a grasp of public finance understand Lightfoot and Pritzker have papered over fiscal issues and Chicago and Illinois are being kept afloat by the federal government’s printing presses — COVID relief and “stimulus” funds. With Biden’s approval ratings down in the 30 percent range, a day of financial reckoning is on the horizon.

Chicago will rue the day it showed Griffin the door.