Kim Foxx Eating Her Own? 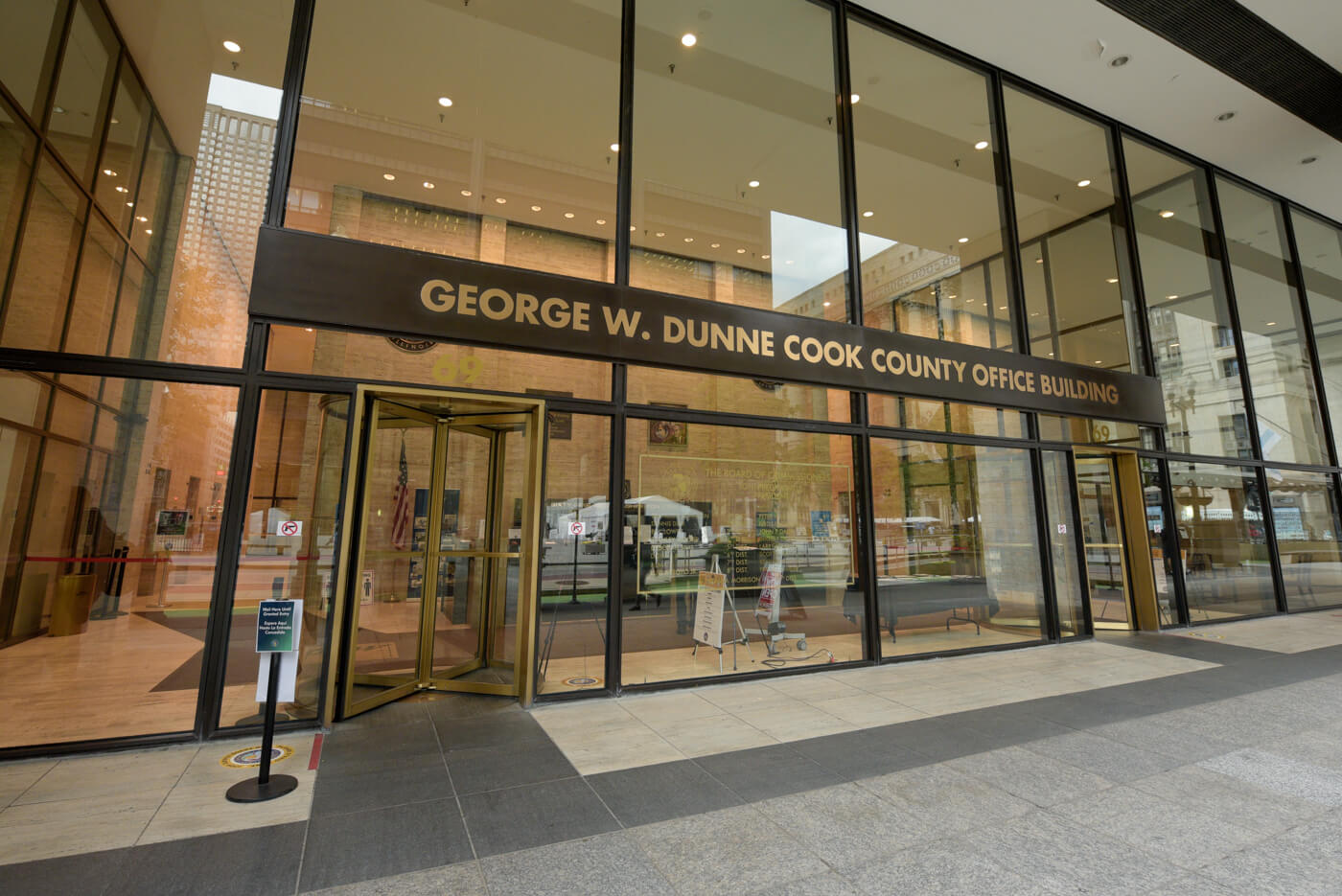 Is Cook County State’s Attorney Kimberly Foxx waging a war on her own prosecutors in her allegiance with the anti-police movement?

The question emerges in the wake of a conservative watchdog organization filing a Freedom of Information (FOIA) request of Foxx in connection with the recent acquittal of Jackie Wilson for his trial for the murder of two police officers in 1982.

Citing a Chicago Sun-Times article about the acquittal of Jackie Wilson for the murders of Officers Richard O’Brien and William Fahey in their FOIA request, the conservative group Judicial Watch is demanding all documents and communications between Foxx and Cook County Judge William Hooks over a one-year period leading up to Wilson’s bizarre bench trial in which Hooks granted Wilson a certificate of innocence for the murders, despite Wilson twice being convicted for the same killings.

Foxx’s dismal record as a prosecutor has seen murder rates in Chicago skyrocket under her criminal-friendly administration that seems to work much harder at getting criminals back on the street than seeking fair punishment for crime.

From the Oak Lawn Patch:

“According to court records, Regalado was out on bond in connection to three other felony charges at the time of the accident. In December 2015, he was charged with 17 felonies related to an attempted murder charge, but the Cook County State's Attorney's Office dropped the charges in March 2017," CWB Chicago reported.

It’s not just murderers who walk free under Foxx. With carjackings soaring throughout the city, often committed by armed juveniles, CWB also recently pointed out that the last time a juvenile was charged as an adult for pointing a gun at someone and stealing their car was 2019.

However, to understand the full magnitude of Foxx’s transformation of the criminal justice system in Chicago, it is perhaps best to look at the convicted killers who have been exonerated during her short but terrifying reign as Cook County's top prosecutor. While the sycophant media tries to keep the public glued and distracted by the soap opera of the Jussie Smollett scandal, Foxx’s numerous media allies have imposed a strict code of silence on the saga of criminals she has let walk free on the most dubious claims of police misconduct.

Arbitrarily and without explanation reversing the decisions of her predecessor, Anita Alvarez, Foxx tossed the convictions in a host of nightmare murder cases. Though Alvarez’s prosecutors all but laughed at the claims in these cases that the convicted killers should walk free, Foxx signified her deep alliance with anti-police activists in cutting the offenders lose.

It wasn’t just Alvarez who seemed to disagree with Foxx's decisions. Attorneys representing the City of Chicago attacked these exonerations in federal court, even demanding Foxx's top prosecutors be deposed to explain their actions under heated questioning in which city attorneys clearly weren’t buying the police misconduct theories, let alone the innocence of the now exonerated.

Thankfully for Foxx, the media, which trumpeted the exonerations under the delusion of social justice, remained dutifully silent about the steady deconstruction by city attorneys of Foxx’s exonerations, all of which bolstered the mythology, however false, of police corruption so essential to the left. The media silence was and remains damning, a compelling sign the media knows the claims are, at best, dubious. In fact, if there was any grain of truth to the exonerations, why would Chicago’s media not give voice to them?

Then came the crowning case of all cases, the third trial of Jackie Wilson for the 1982 murders of Officers William Fahey and Richard O’Brien during a street stop in the Auburn Gresham neighborhood. The acquittal of Jackie Wilson was the culmination of a four-decade campaign by the PLO, whose attorneys have argued that the bruises on Jackie Wilson’s brother, Andrew, after he was arrested, interviewed and taken to central detention several days after the murders, were inflicted by former Chicago Police commander Jon Burge and men under his command, not the wagon men who transported Wilson, as Burge’s attorneys argued in court.

The whole Wilson trial was the dance of the macabre, first when Judge Hooks granted Wilson bond so that he was free before the trial — on a double murder of police officers in which he had already been tried twice — and then in his ruling granting Wilson a certificate of innocence.

Yet in one of the most bizarre and alarming turnabouts in the history of the Chicago courts, the onus of guilt was shifted away from Wilson to the prosecutors trying to convict Wilson yet again for the murders. Special prosecutors in charge of trying to convict Wilson told the judge they could not locate a witness from years past and therefore must use allow his testimony to be read. Then the same special prosecutors called a witness, Nick Trutenko.

Trutenko had been one of the prosecutors who successfully convicted Wilson of the murders. At the time of his testimony in the latest Jackie Wilson trial, he was also a prosecutor in Foxx’s office. Under questioning, Trutenko stated he had was in touch with the witness special prosecutors said they could not find. In fact, Trutenko said, he had spoken to the witness recently. Judge Hooks erupted. Humiliated, special prosecutors dropped charges against Wilson, and just like that, he was free.

Almost immediately, Trutenko was fired from his job, and before even nine o’clock the following morning, Foxx’s office had reportedly listed a job opportunity to replace Trutenko.

According to media reports, Trutenko claimed he was never asked about his relationship with the witness by special prosecutors. Now Trutenko is facing allegations that he should be indicted criminally for lying.

Is that right? How did Foxx’s administration act so quickly to fire Trutenko and prepare a job listing to replace him? Why was Foxx so quick to fire Trutenko without hearing his side of the story? Does Foxx really think Trutenko would walk into a courtroom on such a high-profile case and knowingly lie to the judge?

Signs of Foxx’s potential alliance with the civil rights law firms that file so many mega-lawsuits against the city has been crying out for scrutiny long enough.

What did Foxx really know about this case? Whose side was she truly on?

Is Trutenko culpable of some malfeasance, or is he, like so many police officers in Chicago, getting thrown under a bus driven by an activist posing as a prosecutor named Kimberly Foxx?