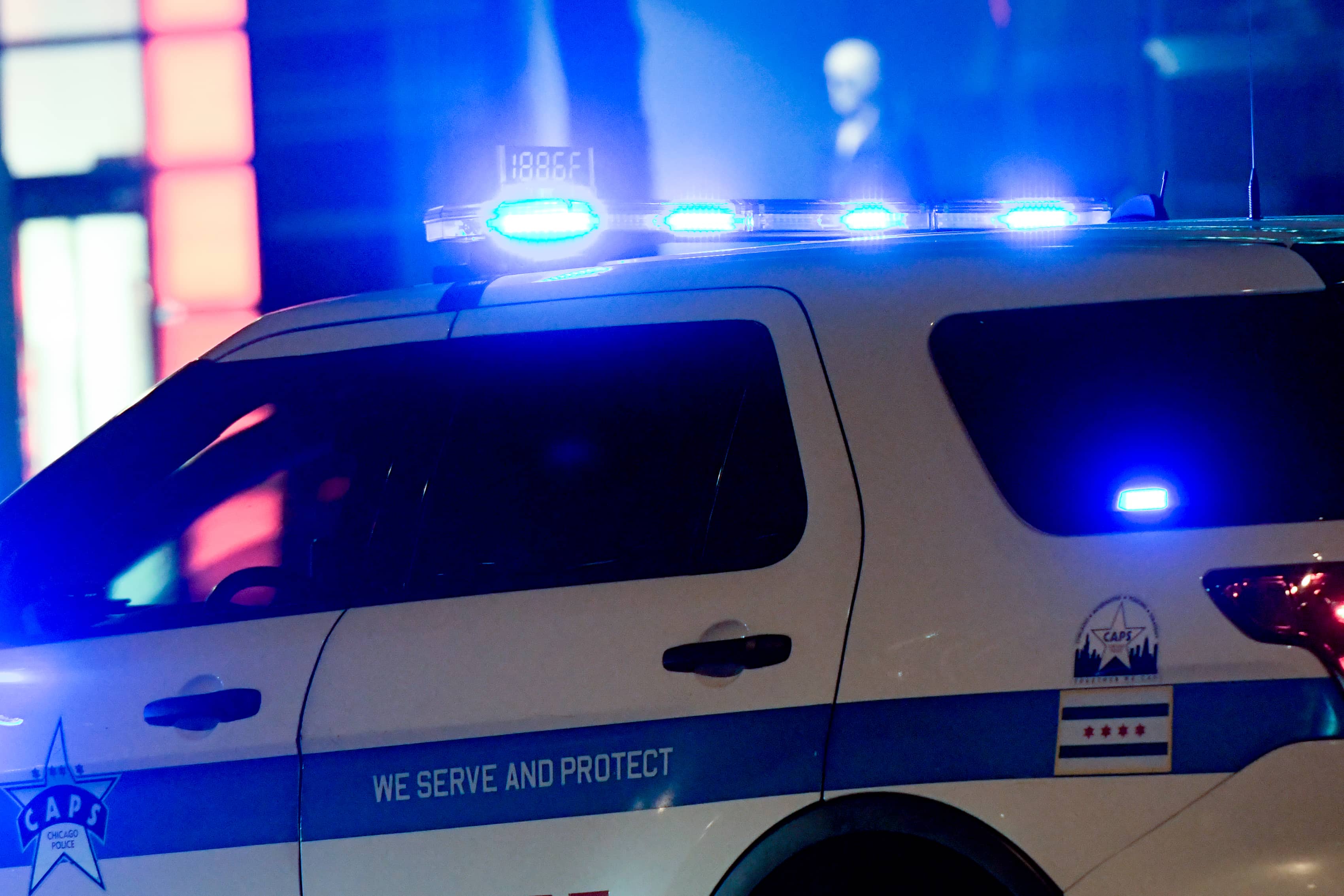 Kim Foxx never does anything on accident. If the Cook County state’s attorney isn’t making life unbearable for law-abiding residents, finagling special deals for B-list celebrities or arbitrarily changing the law to suit her whim, Foxx is otherwise placing her thumb on the scales of justice.

In the latest incident which reveals how her legal compass is deeply misguided, the ever-scheming Foxx attempted to irreparably harm any legitimate defense of the actions of two Chicago police officers who became embroiled in fatal shootings in 2021. Almost one year after armed offenders were shot in separate, noteworthy incidents, Foxx announced on March 15 no charges would be forthcoming against Officer Eric Stillman for fatally shooting Adam Toledo or Officer Evan Solano in the shooting death of Anthony Alvarez.

Though both incidents dominated the headlines for months, it is still helpful to offer a condensed version of events. This, of course, requires a return to March 29, 2021, when Chicago police were summoned to Little Village by ShotSpotter and stumbled on 13-year-old Adam Toledo and another man, Ruben Roman. Lovingly nicknamed "Lil' Homicide" and "Bvby Diablo" by fellow gang members, Toledo was armed and fled police. Following a short chase in which Toledo repeatedly defied lawful commands to halt and drop his weapon, Officer Stillman fired once at Toledo, a mere 838 milliseconds after Toledo was last seen holding his weapon.

Only two days later, Officers Evan Solano and Sammy Encarnacion observed 22-year-old Anthony Alvarez in the Portage Park neighborhood. A documented gang member — a Latin Brother — known for creating chaos in the neighborhood, Alvarez fled police as they sought to question him over a traffic incident in which he evaded police the previous evening. After leading police in a brief chase, Officer Solano rounded a corner onto West Eddy Street and encountered the armed Alvarez. After ordering Alvarez to drop his weapon twice — two lawful orders Alvarez willfully disregarded — Solano fired at Alvarez five times.

In the days following both incidents, Chicago’s anti-police posse predictably mobilized and denounced police with their characteristic loud, rude, and overbearing bluster, the hooligans at the Chicago Teachers Union hissed cruelty and malicious spite at officers, and some hysterical lawmakers in the City Council renewed the call to craft and implement further police reform. To them, the presumption of innocence on the part of officers was an overly charitable dispensation.

Joining in on the gang tackle of police was Chicago’s vengeful media, for whom Stillman’s and Solano’s guilt was a foregone conclusion. Though fact and fiction were becoming disturbingly intertwined in media coverage of both incidents, reporters did little to discourage half-truths and outright fabrication surrounding either incident from flourishing. As media lost their collective mind with the revelation both Toledo and Alvarez were in fact armed, columnists and the editorial boards at both the Tribune and Sun-Times shoveled crap about police behavior from their pages, and often with a contemptuous tone.

Despite activists, community groups, some lawmakers, and media attempting to paint officers in both incidents as aggressors murdering with impunity, the more we learned the facts of both cases, the more it was evident Toledo’s and Alvarez’s deaths were the result of justified police shootings. Still, though, the fate of both Stillman and Solano rested with State’s Attorney Kim Foxx.

Although it required one year for the Cook County State’s Attorney's Office to complete its findings in both cases, Foxx finally announced neither Stillman nor Solano would face prosecution for the use of lethal force against either Adam Toledo or Anthony Alvarez. While Foxx’s delivered her remarks in a steadfast, direct, facts-focused way, her comments following the announcement neither Stillman nor Solano would face indictments were inexcusable and shameful but hardly surprising.

In an act of stupefying contempt for Officer Solano, Foxx delivered a verdict of her own, scolding Solano for his pursuit of Alvarez.

"I want to take a moment to make something abundantly clear about the shooting of Anthony Alvarez. While the evidence is insufficient to support criminal charges, it is important to highlight that the officers themselves created the conditions in which the use of deadly force became necessary."

"First, it was unnecessary for the officers to stop and engage with Mr. Alvarez, who was walking through a gas station parking lot, holding food and drink. He was not committing any crimes that were readily apparent to the officers at the time. Evidence has uncovered that this encounter occurred during the COVID-19 pandemic and that Mr. Alvarez would not have been arrested for the traffic offenses that occurred the night before. In addition, the officers were aware of Mr. Alvarez’s home address and could have sought to contact him there to further pursue any necessary investigation into the non-custodial traffic offenses committed the night before."

"Second, Officer Solano may have committed several foot pursuit policy violations during his foot chase of Mr. Alvarez, such as rounding corners blind without first slowing to assess any danger and not creating distance or waiting for his partner upon observing Mr. Alvarez with a firearm. These policy violations may have further exacerbated the conditions that led to this deadly encounter."

A stinging admonition of Officer Solano, there was a purpose behind Foxx’s incautious words.

It is no longer a matter of questioning Foxx’s motives; they have been confirmed

Since arriving to office in late 2016, Kim Foxx’s designated hate target has been Chicago police officers. Unfortunately for Ms. Foxx and her rabid supporters, the high expectation to claim police scalps has been a spectacular failure for the entirety of her tenure.

The failure to prosecute police officers for their involvement in fatal shootings has forced Foxx to shift strategy.

A woman compulsively seeking revenge against police, rather than risking a humiliating defeat in court or inventing a charge to ensnare either officer in criminal wrongdoing, Foxx took a bolder tack: She brazenly postulated Solano had committed violations to established foot-pursuit policy whereby blame was placed wholly on police for the armed Alvarez’s death.

There are several reasons why Foxx used such language, none of which are a mystery. Since success indicting police officers for fatal shootings has eluded Foxx, the narrative constructed by anti-police activists which portrays police with homicidal instincts has utterly collapsed. A woman who is notoriously solicitous to the anti-police movement, Foxx’s language was intended first to enliven her rowdy anti-police base. A disquieting signal to opponents of law and order, Foxx’s words rebuking Solano served as a reminder of her strong allegiance to this discontented group.

Second, and vastly more important, Foxx’s comments were a direct appeal to the Civilian Office of Police Accountability (COPA), the Chicago Police Board, and civil rights law firms. Words like razors, Foxx’s remarks were calculated to hand a potent tool to COPA and the Police Board to undermine Officer Solano’s defense in any future judgments rendered by both disciplinary bodies. Moreover, knowing full well the power of her words, Foxx was also advising civil rights law firms both matters are suitable for civil litigation.

Kim Foxx’s commentary following her office declining to prosecute either Officer Stillman or Officer Solano was, at the very least, superfluous. At most, it was an attempt to externally influence disciplinary proceedings both Stillman and Solano have yet to endure.

Though Foxx’s history in office is the already littered with a deficit of integrity and ethics, her verbal assault on both Stillman and Solano are the words of either an amnesiac or an accomplished liar: Foxx claimed both Stillman and Solano “may have committed several foot pursuit policy violations.” An astonishingly false statement, prior to the fatal encounters between police and both Alvarez and Toledo, the Chicago Police Department had not adopted an official foot-pursuit policy. Put differently, Stillman’s and Solano’s pursuit of two, armed gang members was perfectly within the boundaries of established CPD policy.

There are few more fraught issues in Chicago than the question of police shootings. Regardless of the circumstances, officer-involved shootings are a terrible tragedy. While Chicago is fortunate it experiences few officer-involved shootings, when they do occur, it is the responsibility of authorities to mend wounds, appeal to sense, and offer a better way forward to prevent such misfortunes from taking place again.

However, in her press conference on March 15, instead of unambiguously stating the fatal shootings were a direct result of two armed offenders disobeying lawful police commands, Foxx did her level best to conjure up a dire vision of Officer Solano deliberately disregarding police procedure to paint Solano as a rogue officer intending to mercilessly gun down a “young father.”

Foxx’s remarks were neither an extemporaneous riff or a verbal blunder. In contrast, they were premeditated, an abandonment of the standard of fairness expected of her office, and the forsaking of legal principle. Instead of demanding residents obey lawful police commands, Foxx chose to deliver a verdict outside a courtroom.

Chicago's police officers are not asking for a miracle, only justice. Under Kim Foxx, officers have learned they will receive neither.