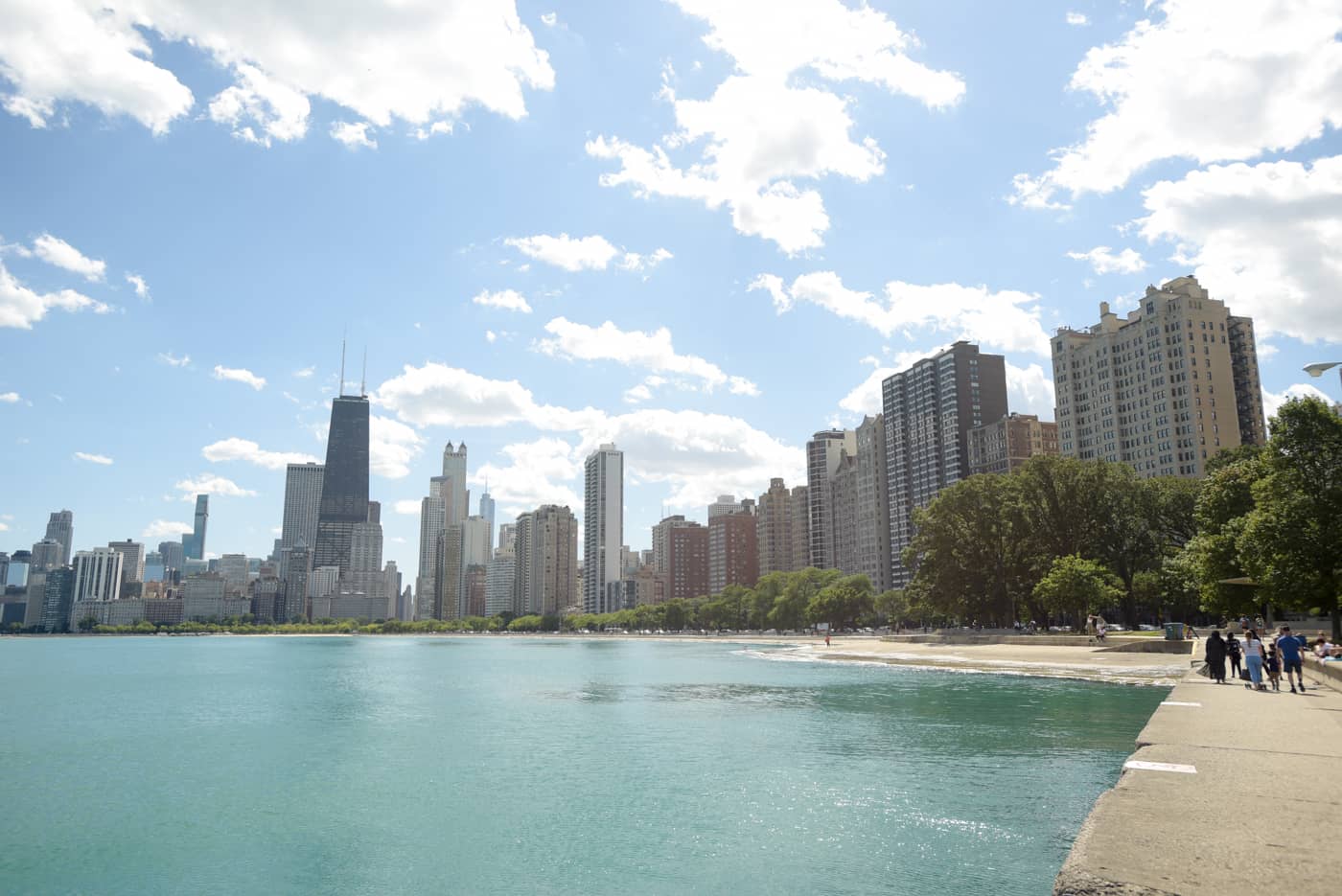 Identity politics, selective bullying enforcement and DEI-based anti-Semitism may be to blame for the lack of response to a child’s pleas for help

‍Nate Bronstein, a 15-year-old student at the Latin School of Chicago, committed suicide earlier this year after consistent bullying by other students and the failure of the school to report to his parents his complaints, including direct communications between Mr. Bronstein and the school’s senior administration, according to a recent lawsuit filed by the family.

‍‍Other media outlets have already covered this tragic story and $100 million lawsuit* extensively, including the fact it was reported to the school administration that other classmates told Nate to “kill himself” and did nothing about it.

‍‍We will not rehash the extensive reporting. But what we will do is show how Mr. Bronstein and his parents were treated by Latin was a direct result of the fact that the family was not a member of an official “victim” class given the school’s obsession with its diversity, equity and inclusion (DEI) program.

‍‍* Editor’s note: the parents plan to donate all proceeds from a judgment to anti-bullying and suicide prevention charities.‍

“The bullying of a black, brown or LGBTQ+ student would have been addressed immediately and remedied. The bullies would have been made an example of and shown to be racist to boot. If they were white, straight and male — all the better since it fits into a clean narrative in which minorities, girls and non-cis sexual practitioners can never be perpetrators. Moreover, the white-straight-male is much easier to expel (assuming they are not from an elite Chicago family)."

‍Another parent familiar with Latin’s equity and diversity programs states: “Latin takes any words against protected classes of students so seriously. Even admitting to ‘not being attracted’ to someone with darker skin is grounds for discipline or dismissal. But there is a double standard in that it is perfectly acceptable for protected groups of students as well as teachers and administrators to shame, humiliate, punish and intellectually bully those who do not accept prevailing woke educational philosophies which argue reverse racism and anti-Semitism does not exist, unless it comes from white supremacy.”‍

‍Critical race theory is even interjected into physics class at Latin.

‍‍The Latin School of Chicago is no stranger to the pages of Chicago Contrarian. The school, which like many other elite schools has a history of anti-Semitism going back decades, now screens Jewish families for wokeness, asking them to admit their privilege before being admitted by questioning their commitment to anti-racism in the admissions process. DEI administrators are known to sit in on selected admissions interviews, Chicago Contrarian has learned.

‍‍In a mirror image of progressive State of Illinois policies in the university system, it is critical for Latin, under its current administration and board direction, to ensure that Jews, lumped into the bucket of “white,” provide contrition for being “oppressors” in society. As an aside, the Bronstein family is Jewish.

‍‍Sources tell Contrarian that Jewish families which do not fall in line with prioritizing “equity” as an alternative religion to Judaism have been denied entry or waitlisted in the admissions process in the current admissions year. This effort has been helped not just after the thorough screening of admissions officers, but DEI team members during family admissions interviews.

“The screening out of non-progressive Jews is essential for critical race theory DEI zealots, for if Jews fail to admit their privilege and the need to make amends to victims (e.g., black students, LGBTQIA+ students, etc.), then the entire woke narrative falls apart given historic and current discrimination against Jews, the largest per capita hate crime victim group in America today.”‍

‍The source continues: “The world according to DEI professionals at Latin focuses on ‘intersectionality’ and the understanding that all whites are privileged and certain minority groups are victims — and that white and Jewish students need to become “allies” in the fight against systemic racism.”

Hence, “if Jews do not admit to being oppressors (and not victims) in DEI speak, fully embracing the tenants of anti-racism and critical race theory, then the entire woke narrative crumbles in on itself,” according to a former DEI consultant Chicago Contrarian spoke with.

‍‍“Jews who are non-believers in anti-racism and white supremacy completely obliterate the entire basis of critical race theory if they speak up given they face far more hate and discrimination than intersectional victim groups,” she added.

‍In the complaint, the plaintiffs suggest that “despite Latin’s outward appearance of supporting victims and public pledges to end hate speech and harassment, teachers and officials at Latin disregarded and intentionally refused to acknowledge N.B’s status as a victim (emphasis added).”‍

‍The reason Latin could never acknowledge Mr. Bronstein’s bullying is because he was not a victim, as the complaint notes. He was a Jew, a member of a group that “Latin’s DEI leadership,” in the words of one parent, considers part of the community that “must be retrained and fall in line.” ‍The overwhelming tragedy of the situation, of course, is that bullying and victimization is never acceptable, by anyone, to anyone, in a K-12 educational environment. Nor is it legal, according to the court filing.

‍‍According to the complaint, on December 13, 2021, as CBS news reports, Mr. Bronstein, “met with the dean of students to report the bullying, but the dean took no disciplinary action against any student. Nate's report was also kept from his parents, the suit claims. Further, “The Bronsteins told CBS News they were never told that Nate had asked for a meeting with his dean of students to report the harassment.”

Mr. Bronstein’s father suggested: “It had been kept from us, so that's why we were completely, completely taken off guard when this happened.”

The lawsuit alleges that “Diversity, Equity and Inclusion Curriculum Coordinator Brandown Woods [and his colleagues, including Director of Diversity Eleanor Maajid], were acutely aware … of the pervasiveness of this illegal and abhorrent conduct levied by other students.”

A parent with knowledge of the DEI program at the Latin School stated: “This tragedy would never have occurred had Mr. Bronstein been considered to be a member of a victim-group. If the student was black, for example, DEI leadership would have lept into action and made an example of the situation and the bullying would have been remedied immediately, as it should be for any child in such a position.”‍

“One could go so far as to interpret Randall Dunn’s [Headmaster], Brandown Woods’ and Eleanor Maajid’s complete lack of response to the student’s cries for help to be anti-Semetic given their polar opposite response to other DEI enforcement activity protecting victim groups that fit their narrative. At Latin, diversity, equity and inclusion means treating different groups differently.”

‍In a recent e-mail to the Latin community about the tragedy, which was clearly written by “multiple lawyers and not Randall Dunn, who signed it” as one Latin parent suggests, the school encouraged everyone to abide by its moniker “fideles” — or to be always “loyal” to the school.‍

‍Curiously, this communication did not come after the tragedy, but only after the lawsuit. It was the first “official” communication from the school of the suicide, according to a Latin parent.

‍‍We’ll let the request to “be loyal” and the timing of the communication marinate with our readers.

‍The Chicago Contrarian believes bullying should never, under any circumstance, be tolerated, especially in an educational setting. All children in society should receive the same treatment and protections under the law.