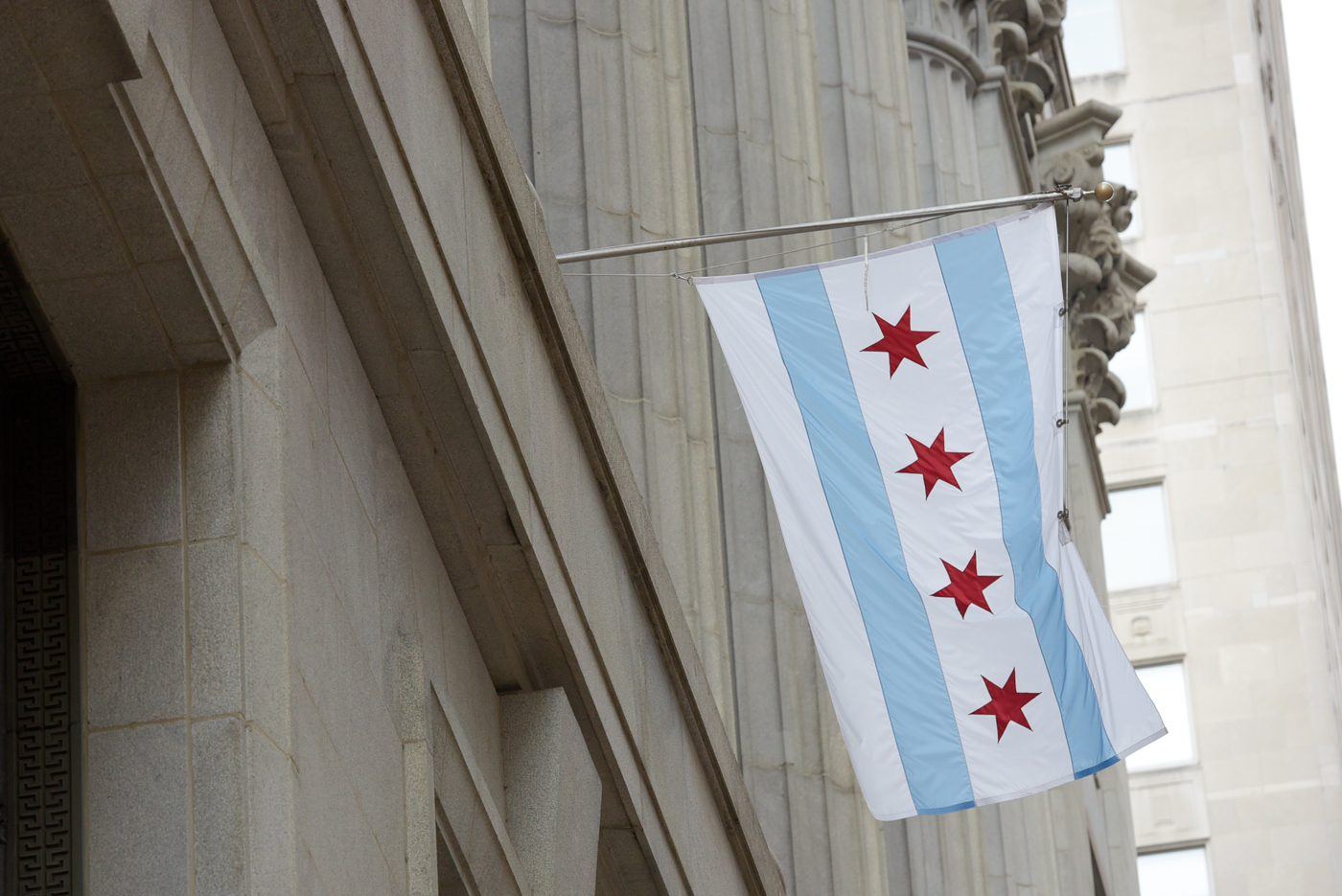 No one can ever accuse Joe Ferguson of insufficient zealotry.

Against the delicate embrace of a chilly Chicago morning on October 17, 2019, Chicago police officers serving in the 9th District responded to a call of a man sitting in the driver’s seat of a car. The car was idling and parked in the Bridgeport neighborhood at the corner of 34th Place and South Aberdeen Street. Arriving at the scene shortly before 12:30 a.m., the patrolmen approached both sides of the car, and one officer tapped on the driver’s side window. To his dismay, the officer learned the man at the wheel was Eddie Johnson, the then-superintendent of the Chicago Police Department (CPD). Shortly afterward, a second police unit with two additional officers approached the scene; their arrival crossed paths with a Chicago Fire Department unit, which was departing the location after determining its talents were unneeded. As the officers engaged in conversation amid shining headlights, a supervising sergeant called to the location appeared at the scene and dismissed the first pair of patrolmen to have reached 34th Place and Aberdeen. His home only a few blocks away, Johnson then placed the car in drive, pulled from the curb, and drove eastbound on 34th Place. Moments later, the second responding unit returned to its duties. Unaware of the former superintendent’s route home, by sheer chance, one of the two responding units came across Johnson again as he drove along in the vicinity of 34th Place and Racine Avenue and followed the former superintendent’s vehicle for the final several blocks before it arrived home.

Nightfall brings little respite to the mayhem on Chicago’s streets, and for Chicago police officers the role often takes them to some very dark places. Though the Bridgeport neighborhood is known as a safe and serene place, it does have its share of homes burgled, cars jacked, domestic calls, and, as the incident with Eddie Johnson demonstrated, the occasional suspected inebriated driver. Though the matter involving the former superintendent was one which those involved would have preferred to simply disappear, hours later news of the episode was tolled out across Chicago. A story which kindled wild and unsupported rumors Johnson was in the company of a woman or soused while at the wheel of his car, though Johnson’s private life is allegedly ripe with hush-hush affairs (some men do prefer mistresses to their wives) and drunkenness, no evidence emerged to support such scandalous assumptions. Similarly, the police encounter with Johnson also inspired burning questions over who placed the 911 call to alert police to 34th Place and Aberdeen, and who notified Chicago’s gossipy media. Those questions aside, the incident also led to Eddie Johnson constructing an elaborate scaffolding of daft excuses to cover himself from the consequences of his actions, ridiculous accusations of a police “cover up,” an official probe of the matter conducted by Chicago’s Office of Inspector General (OIG), and Mayor Lori Lightfoot eventually dismissing Johnson from his post. Lamentably, it also caused seven members of the Chicago Police Department, six men and one woman of varying rank, to be slapped with suspensions for their role in the incident with Mr. Johnson.

While allegations of police misconduct are ordinarily examined by the Civilian Office of Police Accountability (COPA), the matter involving Eddie Johnson fell within the purview of the Office of Inspector General. By dint of municipal code, the marauding reach of Chicago’s police oversight agency is limited to accusations of verbal abuse, domestic violence, infringements to the Fourth Amendment, and use-of-force violations. To remedy the restrictions on COPA, the City of Chicago granted the OIG with sweeping power to conduct investigations of city employees. A corrective measure which suits Mayor Lightfoot just fine, for those unfamiliar with the OIG, the office is led by Joe Ferguson. A branch of city government which prefers to operate in the shadows, previous editions of the Joe Ferguson show covered probing police behavior after the death of David Koschman and the shooting death of an armed teen, Laquan McDonald, in 2014. Following a lengthy examination of the Koschman matter in which Ferguson randomly selected those who would face judgment, Ferguson permitted a central figure in the matter to evade punishment and alleged several detectives violated multiple regulations relevant to a Police review of the case. Obscene and preposterous charges, though the decision to close the Koschman investigation rest with former Deputy Chief of Detectives Dean Andrews, Ferguson casting blame on numerous detectives forced the retirements of a mass of first-rate police investigators. Despite Ferguson enjoying a modest victory, the celebration over uncovering an alleged police conspiracy was short lived: Sergeant Sam Cirone challenged Ferguson’s decision urging his dismissal from the force. Displeased with the notion both his name and career would be forever blackened, Cirone battled Ferguson's specious allegations for one year before his ultimate vindication in front of the Chicago Police Board. Later, Ferguson’s robust adventurism continued in the McDonald affair, where he cast a wide net in the attempt to ensnare as many officers as possible on corruption charges. In the most notable case, Ferguson called for the dismissal of three officers, David March, Joseph Walsh, and Thomas Gaffney on charges of conspiracy, official misconduct, and obstruction of justice. In a bench trial in January 2019, all three were acquitted.

Sloppy investigations, in the instances concerning Koschman and McDonald, Ferguson recommended the punishment or termination of multiple officers, some of whom were manifestly blameless. In the probe surrounding Laquan McDonald particularly, Ferguson recommended sanctions imposed on numerous officers, including many who neither responded to the scene at which McDonald was shot nor played any role in the ensuing investigation. Endorsements which reflected Ferguson’s unfamiliarity with police policy and procedure, it should not be too terribly surprising Ferguson and his intrepid band of inquisitors meted out heavy penalties to five officers present at 35th Place and Aberdeen. Coming full bore at police, Ferguson proposed one-day suspensions for two officers; seven-day punishments for two others; and both a 15-day and a month-long suspension for two senior officers. Nevertheless, Ferguson’s suggested discipline ignores two crucial factors. First, the OIG disregards the fact police may have determined without performing a field sobriety test the former superintendent was fit to operate a car. Second, and more important, Ferguson’s report also fails to grasp the utterly hopeless circumstances under which police were placed when they confronted the former superintendent. An instantly recognizable figure, it is for or obvious and perhaps understandable reasons police declined to perform a field sobriety test on Johnson over fear it would lead to devastating professional consequences and follow them for the duration of their careers. In plain language, what employee would not show deference to a workplace superior who may or may not have been in violation of rules?

Ferguson’s punishments do not fit the “crime,” but they do fit the times.

There is no smoking gun here. Nonetheless, the OIG’s report on the Johnson matter does demonstrate the extent to which Joe Ferguson cavalierly wields the power of his office.

While the wisdom of the course of action police on the scene at 34th Place and Aberdeen took is debatable, it is also fair to state, apart from dread over the impact on their occupation, common sense guided police to allow the former superintendent to drive the final few blocks home. A defensible position, Police, of course, must act on reasonable appearances and it does not take an Einstein to determine if an automobile driver is experiencing an alcohol-soaked haze. More alarming is the fact Ferguson suggested termination for two officers of rank, an unnamed lieutenant and the 9th District Commander, Don Jerome. Hoping to claim the scalps of senior-grade officers, Ferguson initially recommended termination for a lieutenant for the sin of recording the bodycam footage on a mobile phone and forwarding it to Jerome, and termination for Jerome for refusing to officially reprove the officer for their action. At first glance, there is little doubt both the lieutenant and Jerome trespassed over Department rules and regulations.  However, in his runaway investigation of police, Ferguson was looking for malice when efficacy or convenience were the underlying reasons for recording and relaying the bodycam video.

A fault finder, Ferguson’s indifference to the conundrum faced by police on the morning they came across Eddie Johnson will have serious consequences for the morale of police. To ignore such considerations reveals Ferguson has a specific mission as IG, to fulfill the role of Praetorian Guard and mark police until they are intimidated into a benumbed law-enforcement agency. A steady feature of his office since his term began, the IG’s specific targeting of police for vilification tells us either Ferguson cannot control the impulse to pillory police or he is burdened by pressure from Mayor Lightfoot to constantly lay siege to the CPD. Either way, Ferguson is doing a bang-up job disabling the CPD. More broadly, Ferguson’s flamboyantly punitive punishments over the Eddie Johnson incident will result in more than a handful of tarnished careers.  Much collateral damage is certain to occur, and to the detriment of Chicago residents. Ferguson’s conclusions have arrived just ahead of a presidential election cycle in which civil unrest is likely to cripple Chicago. To deliver such a negative verdict is a powerful reminder to police Ferguson hovers menacingly in the background, he intends to husband his offices greatest resources to aim at police, and harsh and arbitrary punishment awaits the police for minor infractions.