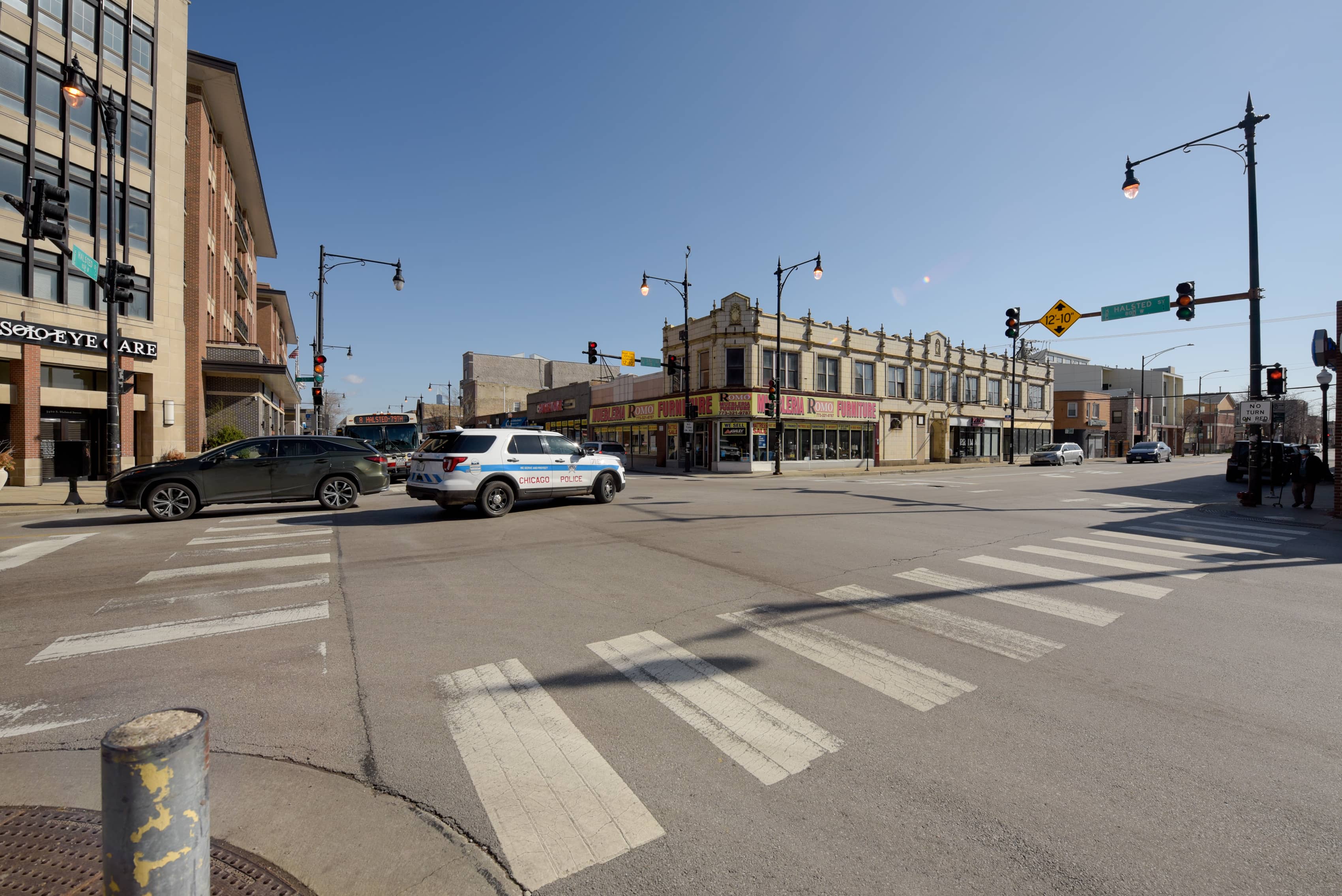 Governor Pat Quinn, who let Howard Morgan out of jail for shooting three cops, now wants to run for mayor

Howard Morgan died earlier this month, with little attention from the Chicago media.

Some might be perplexed how a man with such an incredible story would not be subjected to more media attention, for if ever there was a story crying out for media coverage, it would be Morgan’s extraordinary odyssey from police officer to convicted offender in the 2005 attempted murder of four Chicago police officers, to seeing his sentence commuted by then-Governor Pat Quinn.

But among journalists in Chicago, a peculiar silence has followed Morgan’s passing. The media never pushed Quinn to explain why he freed Morgan from imprisonment in 2015, despite the fact that Morgan had fired 16 shots at four police officers — striking three of them — during a 2005 traffic stop. Morgan himself was shot some 18 times after he pulled a gun out on officers and began firing on them. Quinn’s decision to release Morgan and the media’s refusal to compel an explanation from him was a clear sign all the way back in 2015 that politicians in Chicago and Springfield and media in general had fallen into the grip of the anti-police movement, an extension of which is the exoneration industry.

Morgan’s sudden, unexpected release from prison was granted only hours before Quinn left office in January 2015. On one hand, Morgan’s release was the culmination of more than nine years of legal proceedings that finally led to his conviction and sentence of 40 years behind bars. On the other, it was also one of the worst examples of the exoneration industry’s efforts to malign officers involved in Morgan’s arrest. From the pages of the exoneration playbook, the officers became the defendants in the media trial over the case.

Officers were accused of everything from robbing Morgan to executing him because the officers were white and Morgan was black. Basic, simple questions were never asked by Chicago’s ideologues masquerading as “investigative reporters.” If Morgan’s claims had any basis in reality, one might wonder why the officers left Morgan alive as he sat on the pavement holding his gun empty of ammunition after wounding three cops? Why did the officers stop firing when Morgan did?

The defense strategy from Morgan’s flamboyant attorney in his first trial, Sam Adams, Jr., was nothing new: Ignore the daily evidence emerging in the trial that unequivocally proved Morgan was in the wrong, was a criminal, and would do anything, including trying to kill four people he didn’t even know. Instead, Adams tossed the case to a compliant, colluding media machine. Adams found a willing “journalist” in former ABC 7 reporter Charles Thomas, whose bias was so blatant and unapologetic Thomas didn’t even show up to hear the prosecution’s side of the case. Adams’ strategy was successful to a degree, garnering a hung jury.

Chicago is a cesspool of Charles Thomas-like reporters. When Quinn freed Morgan, the Tribune published an opaque, largely irrelevant article discussing the legality of Quinn’s executive authority concerning pardons. To those unfamiliar with the tactics of Chicago media, the article may have just been a rush job or an oversight. What really was taking place was the media protecting a narrative about police misconduct fraught with deceit. Maintaining this narrative means moving reporters out of journalism and into a nightmarish public relations gig for the anti-police movement, particularly the manufacture of exoneration narratives. The transformation spelled chaos for the city, now subsumed in violent crime.

Prosecutors prepared for a second trial. One wonders if today there would have been a second trial. Today, the anti-police movement is so powerful that one of their strongest allies is the person charged with protecting the public by prosecuting violent crime, Cook County State’s Attorney Kim Foxx. Would Foxx have gone after a second trial or would she have used he hung jury as another opportunity to vilify the police as she has so many times since taking office?

Prosecutors presented an airtight case against Morgan in the second trial. He was convicted and sentenced to 40 years in prison. That was supposedly the end of it. Unfortunately, in Chicago, no conviction is every truly settled. The exoneration industry can turn any criminal maniac into a hero with their inroads into the media and political establishment, and so in he waning moments of Quinn’s despicable term, he allowed Morgan to walk out the back door of the Illinois prison system with a particularly sinister wink and nod familiar to the Chicago power brokers.

How desperate the city and state were in need of a media to investigate such a blatant act of corruption, but, apart from some coverage by CBS reporter Paul Meineke, who actually interviewed one of the officers, the media proved all the way back in 2015 it was thoroughly undermined by activists.

There is another reason why Quinn’s commutation cried out for real investigative reporting. Morgan wasn’t the only person Quinn freed from prison as he cleaned out his desk and made his final phone calls.

Quinn also commuted the sentence of Willie Johnson, convicted of perjury in an exoneration bid that, if successful, could have gotten two men released from life sentences for a shooting that killed two other men and wounded Johnson. The men would have then marched into federal court and demanded millions from taxpayers for their “wrongful conviction.”

It got worse: Quinn also commuted the sentence of Tyrone Hood and Wayne Washington for the 1993 murder of Marshall Morgan Jr. That commutation has created controversy in the federal courts. In that arena, city attorneys waged a long battle to compel Quinn to sit down for a deposition in the case, trying to get Quinn to explain why he was releasing two convicted killers. Quinn, who maintained that there was evidence the men are innocent, calling for a question no media outlet in Chicago ever asked: If Quinn thinks there is so much evidence of Hood and Washington’s innocence, why is he so reluctant to explain his decisions in a deposition?

Forget about the media asking such elemental questions. Rather, the media is busy informing the public that, despite the evidence of massive corruption in Quinn’s dismal leadership, he is now considering running for mayor of Chicago.

How’s that for accountability?

The same media cabal that stuck their head in the sand as Quinn turned out another round of violent criminals back onto the public in deference to the exoneration industry is now being discussing Quinn as a possible contender to ruin Chicago the same way he ruined the governor’s office.

Here’s a chilling explanation for why Quinn would emerge from the swamp of Chicago and Illinois politics to take control of Chicago: A city mired in crime, of the top contenders running for mayor, three openly support the police and one, Mayor Lightfoot, has for the first time, charged city lawyers with challenging many exonerations, including the release of Hood and Marshall. In presenting a challenge to the exonerations, city attorneys have produced a staggering amount of evidence that both the media and the political establishment have been hijacked by a radical political faction that will likely destroy the city and more.

Where would Chicago’s media be if more rational, pro-law and order candidates won the mayoral election? Where would media be if their four-decade narrative about police coercing confessions from suspects fell apart in one legal proceeding after another? Why would the progressives abandon Lightfoot who holds all the same progressive credentials as Quinn and, for that matter, Cook County State’s Attorney Kim Foxx, save the fact that Lightfoot has challenged exonerations and both Quinn and Foxx have proven time and again that they would hand over their administrations to the movement? What other choice does the media have than to foist this blithering hack back onto the public as mayor to preserve the endlessly lucrative exoneration movement?

All roads to understand Chicago and Illinois go through the exoneration industry, including the sudden bid for Quinn to run for mayor, a clearly desperate bid for both the media and politicos to save their crumbling narrative.

What would Quinn’s tenure as mayor mean for Chicago? One only has to ask the four officers who Howard Morgan tried to blow away one winter night in 2005. Ask them about the nine years, two trials and endless media attacks before Morgan finally went to prison where he belonged, then walked out a free man, thanks to former Governor Pat Quinn, now a potential candidate for mayor of Chicago.

Go ahead, ask them.