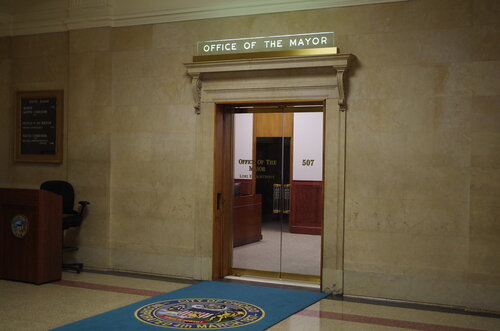 What befalls the Chicago Police Department befalls residents of Chicago.

In another bitter attack on the Chicago Police Department (CPD), Mayor Lori Lightfoot rebuked police for failing to engage in proactive policing following a weekend of startling violence between February 7-9.  A three-day period in which nine souls were lost to gun violence and another 14 were wounded, Lightfoot, who was holding a press conference to announce a new development project, The 78, told reporters of the “difficult” conversations she held with CPD officials in regard to the prior weekend’s death toll.  A reference to her “Accountability Tuesday” meetings with CPD leadership, Lightfoot dumped a barrel of raw sewage on police, saying:

“This weekend’s crime numbers, where we saw so many homicides and we saw a lot of shootings, were incredibly distressing to me. I’m not going to shy away from that, and I had a lot of very difficult conversations with CPD (Chicago Police Department) leadership over the course of the weekend, Monday and yesterday, and I challenged them that they have to be proactive.”

“We brought in every single district commander yesterday to our weekly meetings, people that we normally don’t see, and I was very clear with them that if they do not act in a proactive way, to use the tools that are available to them, including community partners, we are going to have a mess on our hands that eclipses some of the worst years of violence that we’ve seen in recent memory. I’m not about to let that happen, and I hope that they understood the challenge that’s before them but also the opportunity that’s there. I am confident they will rise to the occasion because they have to.”

Ignorance enough to brush you back on your heels, to fault police for criminals freely stalking Chicago residents ignores a myriad of restraints on police officers.  Over the past decade, the Windy City has caved to the American Civil Liberties Union (ACLU) over street stops, eagerly settled frivolous lawsuits entered against police for close to one-billion dollars, and, often as a rule, taken a conciliatory stance against critics of police.  More recently, police have been forced to re-draw sacrosanct lines in the defense of Chicago residents to appease Progressive activists, and police have been subject brickbats from the city’s anti-police posse, print, digital, television, and radio media outlets which broadcast all sorts of wild notions about police behavior, a prosecutor who mollycoddles violent offenders, and the mayor’s own role prior to assuming office.

There is plenty of blame to go around for the absence of proactive policing, and none of it should fall on the Chicago Police Department.

An odd message to send out, for Ms. Lightfoot to cast scorn at police for the lack of proactive policing is rich.  Nevertheless, to get to the bottom of precisely why the CPD has discontinued proactive policing and has been rendered powerless in the fight against crime requires careful examination and honest answers. Though decades in the making, the enfeeblement of policing in Chicago could be reliably traced to former mayor Rahm Emanuel’s December 9, 2015, “I own it” speech in which he disowned police in the wake of the shooting death of an armed Laquan McDonald.  However, what has placed Chicago on the verge of becoming the world’s largest outdoor insane asylum is the common efforts of individuals and groups in Chicago, all of whom harbor grievance against police and none of whom are motivated by concern over the safety and security of Chicago residents.  While many are passionate about blame, casting it about while desperately avoiding it, as the basis for discussion it is fair to start by placing part of the responsibility for ineffective policing on Chicago’s anti-police posse.  A muscular constituency which distinguishes itself with fringe views, venomous language, erratic statements, crudity, and vulgarity, in conducting a scorched-earth, no-holds-barred war of resistance against police this group has shredded the norms of legitimate protest. A group which is led by some unprincipled figures and is determined to wage a politicized war on police, in their obsessive attacks on the CPD the anti-police posse frequently resorts to the brutish intimidation tactics of Mussolini’s Black Shirts, often with absurd accusations, maximalist demands, and sickening threats.  Travelling under banners which stoke irrational fear of police, these individuals and groups declare the CPD is racist, and advance the fantasy narrative police are conducting open season on Chicago’s minority groups.  Individuals and groups with no sense of proportion, under their deluded thinking, compliance to police commands means nothing and disrespect to police authority is worn as merit badge.

Captivated by the posse’s steroid-level ignorance, Chicago’s dishonest media, too, plays a significant role in the decline of watchful policing.  An enterprise which makes Soviet-era, state propaganda outlets appear accurate and truthful, instead of silencing voices sounding false alarms over police aim and intent with thoughtful and sensible social commentary or “in-depth” reporting, Chicago’s media acts as a megaphone for the anti-police movement’s toxic messages.  Always primed and ready to pump out falsehoods, in their daily, round-the-clock effort to discredit police, reporters and columnists with both major newspapers, the Tribune and the Sun Times, have made careers eagerly embracing and devoutly promoting the posse’s noxious descriptions of police conduct.  In stories or columns which echo the posse’s vile language, journalists with both newspapers routinely churn out articles which paint the anti-police movement as respectable, baldly declare police racist or homicidal maniacs, and portray police guilty of mass depredations, regularly engaging in wicked conspiracies, planting evidence, racial profiling, and operating industrial-scale torture facilities.  Monumentally benighted journalism, the media’s reluctance or outright refusal to report in good faith only permits the loudest and most truculent voices control the conversation and only exacerbates the fraught conflict line separating police and minority communities.

Naturally, these phenomena have consequences:  It intimidates Chicago’s political leadership into needless police reform.  Measures which compel police to surrender critical leverage over criminals, cripple police effectiveness, and curtail police resourcefulness, the most ruinous effect of reform is police retreating from neighborhoods in which crime rates are among the highest and in grave need of a police presence.  Moreover, the noise from the anti-police posse and its cheerleaders in Chicago’s media also contributed to political change:  They are, in part, liable for the election of Kim Foxx as county prosecutor.  A woman with her thumb on the scales of justice, Foxx’ tenure has been an utter disaster and has enabled her to accomplish a slate of nutso criminal justice reform measures which have inspired the slogan “catch and release,” and encompass vacated convictions of hardened criminals serving well-deserved sentences and a refusal to prosecute both low-level and some violent offenders.

A vicious, perfidious cycle, Ms. Lightfoot’s contribution to the circuit discrediting police proves the insanity doesn’t only run only among the anti-police movement and media.  Hardly the only bad actor behind the disappearance of proactive policing, for a woman who is always banging on about the need to defeat crime and reduce gun violence, a moment for introspection may help jar Lightfoot’s memory.  While serving as head of the Police Board, Lightfoot established a consistent voting record to terminate officers appearing in front the disciplinary panel.  Voting to dismiss at a rate of 91 percent, the machisma mayor’s decisions in favor of ending careers were only outpaced by two other members, one of whom was, unsurprisingly, Andrea Zopp.  Working alongside Joe Ferguson, the wily leader of Chicago’s Office of the Inspector General (OIG), Lightfoot earnestly lent her name to the Police Accountability Task Force (PATF) report, which declared officers at the scene of or otherwise involved with the Laquan McDonald incident as it unfolded had falsified reports prior to Ferguson opening any inquiry.  When Ferguson was finally motivated to perform his job, the conclusions in his final OIG report on the matter recommended the dismissal of 11 police personnel for allegedly fabricating police reports.  A grave allegation with staggering implications for 11 officers, three men present at the scene on October 20, 2014 were eventually charged.  In a decision which should be viewed as a searing admonishment to Ferguson’s shoddy work, a rational jurist dismantled Ferguson’s conclusions and all three men were absolved of any wrongdoing.  As a candidate for mayor, Lightfoot vowed to adopt a plan prepared by the Grassroots Alliance for Police Accountability (GAPA).  A user manual for pandemonium overtaking the streets, GAPA’s crackpot proposal would surrender control over police policy and procedure to an unruly street mob and Black Lives Matter activists and reduce the responsibilities of trained police officers to mere traffic control. Now as mayor, Ms. Lightfoot is confronted with the effects of a federal consent decree she supported, increased pressure for further reform from unhinged Progressive activists, and restrictions on police involving traffic or foot pursuit, and officers forced to submit a Tactical Response Report (TRR) when pointing a firearm at a suspect.

Ms. Lightfoot’s comments over need for proactive policing is tantamount to self-incrimination.

Bald-face hypocrisy from the mayor, it takes a special brand of gall to issue this attack on police.  Now serving in her second role in which she exercises authority over police, Lightfoot’s careless remark ignores her part in the undoing of law and order while presiding over an organ created to monitor police.

A charge which is both false and counterproductive, while the endless strata of police oversight is well documented and has been mentioned before, it bears repeating the CPD functions within very narrow boundaries, all of which are closing and continue to incapacitate police.  No longer a candidate for office but now mayor, what is required of Ms. Lightfoot is leadership.  In the fight against crime, it requires leadership of the highest order and making a scapegoat of police is not the answer.

Unless the mayor’s vision for the Windy City is modeled on Detroit or Baltimore, cities of broken lives and waste, Ms. Lightfoot is best served to pay careful attention to crime statistics from January and February.  Facts which reveal a startling rise in crime, the toxic mix of criminal ingenuity and impaired policing have created opportunity zones across Chicago for crime to flourish.  More important, Ms. Lightfoot would benefit from a reminder the primary victims of the war on police are minority communities where crime rates have soared due to the powerlessness of police.