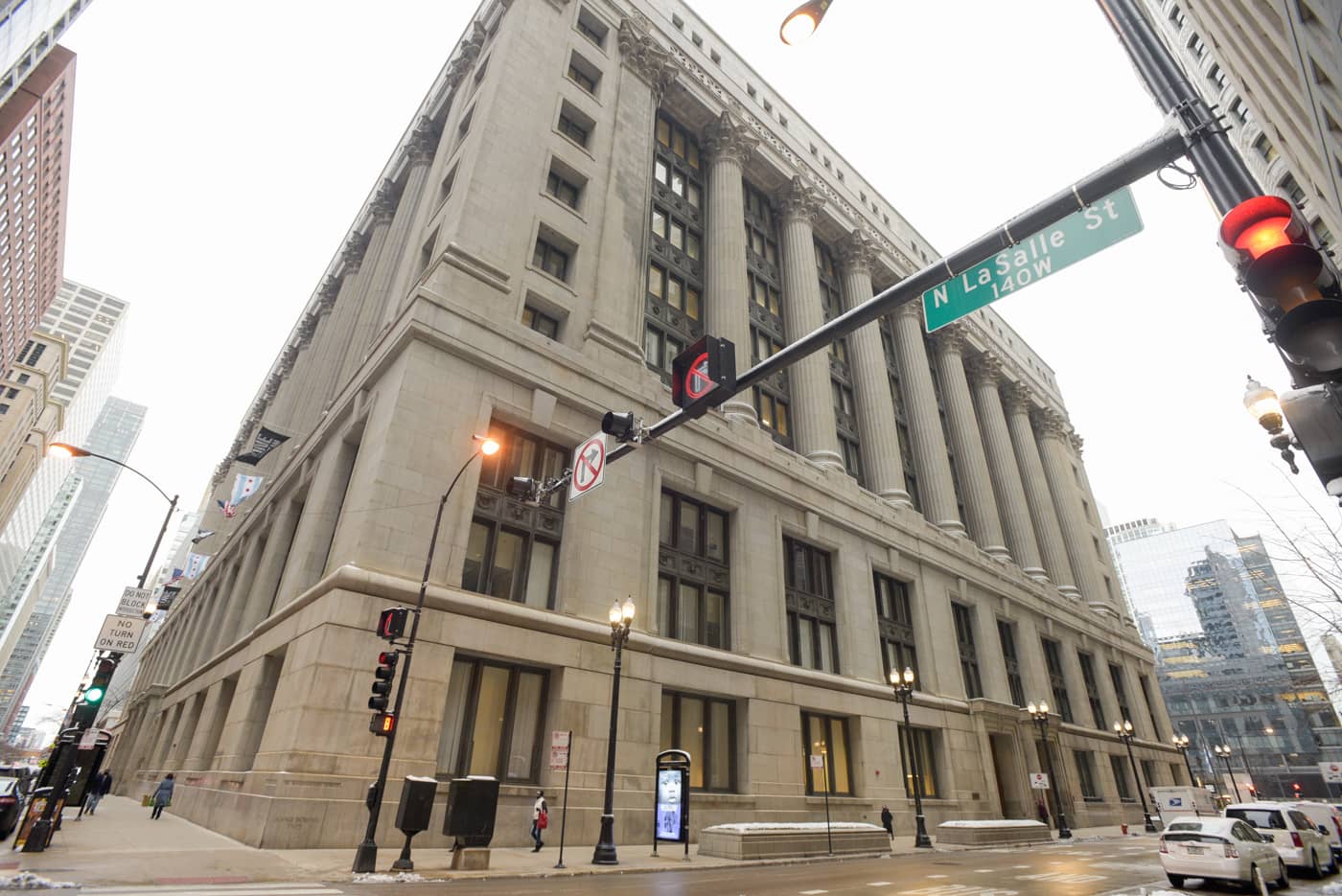 Let’s just get this out of the way: Arne Duncan is an Obama stooge.

It had to be said...and we, among others, have been saying it for years. John Kass has written extensively about Duncan and the machinations behind the scenes that will propel him to run for the mayor’s office in 2023.

Duncan is slowly creeping up to the starting gate with an overtly “progressive” agenda:

"Former U.S. Education Secretary Arne Duncan said Thursday he’s being urged to run for mayor by business leaders concerned about Chicago’s future — and he cracked the door open to answering the call."

"Three months ago, the former Chicago Public Schools CEO told reporters he loved the violence prevention work he was doing and was “not interested” in challenging incumbent Mayor Lori Lightfoot."

"On Thursday, Duncan changed his tune as part of what appears to be a slow-but-steady political coming-out party."‍

Mayor Lightfoot, realizing the political danger Duncan poses and perhaps realizing she’s on the outside of the political Machine running things, flailed about ineptly per usual:‍

"Lightfoot obviously views Duncan as a potential political threat. Earlier this week, she branded Duncan’s approach to stopping a crime wave that left Chicago with 836 homicides in 2021 as nothing short of “insanity.”

This from a “leader” who cut 600 spots from the Department budget and can’t get 2,500 people to take a test for the job that used to draw over 30,000 on a regular basis. Defunding by any other name, eh Ms. Mayor?

Cops are running for the exit in droves and Mayor Lightfoot is being destroyed by aldercreatures, national media figures, and even dispatchers. We used to ask for (and post) the daily worksheets for shorthanded Districts showing unmanned beat cars. Now, Paul Vallas tweets Districts that are running at thirty, forty, even fifty percent unmanned cars, and we wonder what changed that people are finally interested.

It seems that being able to see the future train wreck doesn’t play as well as actually living the train wreck. Eight-hundred and how many murders? How many thousands shot? Flash mobs beating tourists and destroying the economic engines of the city? Carjackings measured on an hourly basis. We predicted it all years ago, but there was no political payoff at the time for anyone.

"Defunding police, disgracing men and women of this department by letting it shrink by attrition in the middle of a violent crime surge — that’s what I would call insanity. It’s a stupid idea.”‍

Um...Ms. Mayor? You’ve just spent two-plus years lambasting the police for slights, some real, many imagined. You’ve called their elected leadership clowns and demeaned them at every turn. You continued to withhold a fair Contract for four years, demanding concession upon concession, refusing meetings, blowing off other meetings, and denigrating the entire profession to the point that no one wants the job. Hundreds have retired, nearly two hundred went to other departments, and tens of thousands refused to even take the entry exam. And now, even though cops showed up for years during a “pandemic,” you are fighting to win a grievance that will probably end up costing Chicago anywhere between five-hundred and fifteen-hundred resignations.

All of this is politically exploitable.

What is Lightfoot left with? That would be a carpetbagger Superintendent who doesn’t run anything, an incompetent and detested First Deputy who is running things into the ground (how many weekends have been canceled for everyone since 2021?), and a return to “chasing numbers:”‍

"After Chicago’s deadliest year in a quarter-century, Mayor Lori Lightfoot and her handpicked top cop signaled to police leaders in a closed-door meeting Tuesday that they’ll lose their jobs if they can’t bolster arrest numbers and get officers to engage more with city residents, sources said."

"However, Lightfoot and Chicago Police Supt. David Brown didn’t present clear plans to address the city’s surging violent crime or the department-wide staffing woes while giving the directive, according to two sources with direct knowledge of the high-level meeting at Public Safety Headquarters."

"One of the sources said the message was “make due with what you have to get more arrests,” generate more positive interactions between cops and community members and “clear more murders or you will be demoted.” The source called the tone “threatening.” The other source said the threat of a demotion wasn’t overt but strongly insinuated."

‍Well, first up, “Boo-freaking-Hoo.” If you’re an exempt, you played a game with people who have zero loyalty to any of you. You saw a shot at the gold-braid pension and took it. You’re looking for sympathy? We recommend a dictionary.

Second, this is red meat to the ACLU....and Arne Duncan. Number games have never worked in reducing crime, and in the current political climate:

...........it’s begging to get a regular invitation to 219 South Dearborn (that’s Federal Court for you hair gels). Under a Democrat president, you’ll be the next Bill Cozzi. Guaranteed. Duncan will run so far ahead of Lightfoot you'll need a telescope to see him.

This other article actually made us wonder if Brown and Lori are actually mentally competent or if Brown is a clever plant by Duncan to make Lightfoot look insane:

"At a marathon news conference at the Chicago Police Department headquarters Tuesday, Lightfoot sounded all of her familiar themes but offered no new policing strategies. She renewed her call for an immediate moratorium on electronic monitoring for Chicago’s most violent offenders and called on federal agencies to crack down on illegal gun trafficking."‍

Judge Evans pretty much told Lightfoot to pound sand the next day — criminals will continue to be released without bail or restrictions. Gun trafficking is a Federal matter....and guess who is in charge in DC?

"Police Supt. David Brown also reprised his end-of-year news conference Tuesday by promising to add a total of 200 more detectives to reduce caseloads from five to three to improve clearance rates. And turning the tides of crime in Chicago, the department will “likely need to break untold records” dealing with illegal guns, arrested felons and conspiracy cases."‍

Two-hundred detectives from Districts that are already operating down twenty-five percent or more with no new significant new hires in the pipeline. What could be easier? And prepare for another huge scandal where a number driven unit went through a series of unpleasant experiences. Should be fun!

“You think we were just going to let you get away with killing people? You think you’re just gonna carjack people in this city and get away with it? Smash and grab our retail and our businesses who work hard to put products on their shelves?” Brown said. “We’re coming after you. We’re going to hold you accountable, and we’re going to keep you in jail.”‍

Um....have you talked to Foxx’s office yet Mr. Superintendent? Because the criminals aren’t staying in jail. At all. Not to mention Dart’s hapless Electronic Monitoring unit that still hasn’t found hundreds of criminals who cut bracelets and skipped court. We again refer you to the CWB blog that keeps track of repeat offenders repeatedly offending. Many many dozens of them. No one is being held accountable.

Huh? 2021 was a record number of “Positive Community Interactions” in and of itself. Half-a-million.....and homicides still went up six-percent to 846 — the highest total in twenty-five years. A two-hundred percent increase in PCI’s will accomplish what exactly? Maybe an eighteen percent jump in killings? Nine hundred for the first time since the Crack Wars?

You want to hear something hilarious? Get a scanner app. Or a scanner. Listen to the radio for a few hours. The number of PCI’s over the air already this year is ASTOUNDING! Dozens per hour, all without explanation. “Squad, gimme a PCI number at 3510 South Michigan.” The ACLU is going to find some homeless guys who claim they were stopped for an Event Number that somehow deprived them of their Civil Rights. This is what they’re going to pin their crime reduction hopes on?

Not that we're in the habit of offering Lightfoot an out from the problems she has made for herself, but here's a little story we lived through:

The President demonstrated leadership and fired over 12,000 air traffic controllers that week and broke PATCO. A government “union” doesn’t get to ignore the law to hold the American people and businesses hostage.

The Chicago Teachers Union is demonstrating once again exactly who runs Chicago....and it isn’t the mayor. Lightfoot is merely a tool — a foil perhaps — that the people behind the scenes use as an “opponent” for their little drama. The CTU is using children as hostages to make the mayor look exactly like what she is — an ineffective and useless  “leader” of a major metropolitan city, thereby setting the stage for Obama’s handmaiden — Arnie Duncan — to swoop in as the “savior” of Chicago, backed by the old guard elements of the Machine.

If Lightfoot had even an inkling of leadership ability, she would be firing teachers by the truckload, cutting off their insurance and pensions, hiring eager replacements and daring the CTU to sue her in court. She'd be lobbying Springfield and leveraging outraged parents to pass laws to break the CTU and make these types of job actions illegal.