On Chicago: Welcome to the Party, Mr. Kass 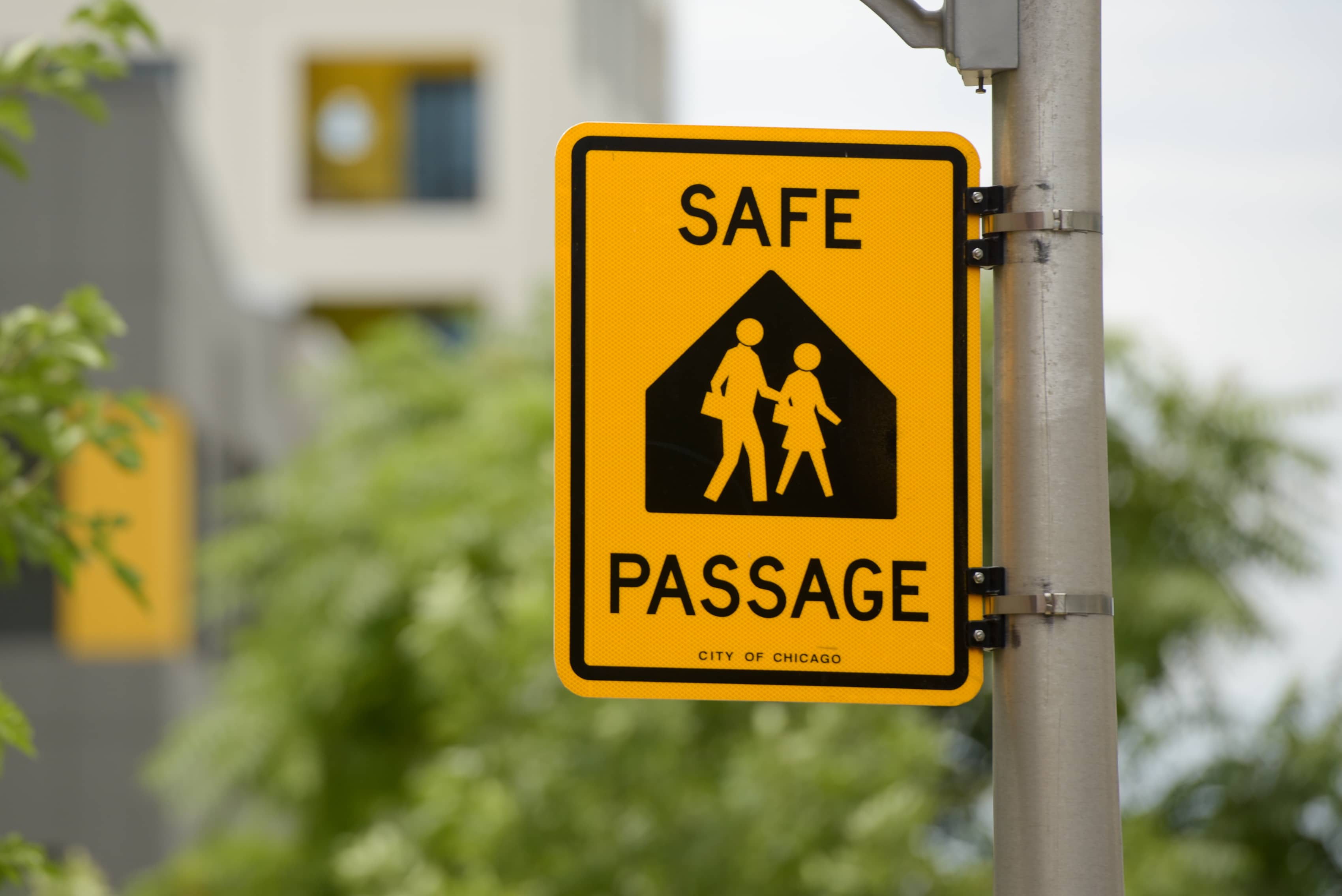 So we were going through our e-mail the other day. We still get bunches, people forwarding us Department information we might have missed, articles we might like, political mailing lists some jokers put us on, that bothersome guy trying to reach us about our car warranty. We clear out the inbox almost daily.

Amid the clutter was a notification that columnist John Kass had a new article out on his website. Those of you who don't know, Kass was "cancelled" at the Chicago Tribune recently, for daring to point out that George Soros was busy buying up leftist District Attorneys/States Attorneys in Democratic strongholds across the United States via massive infusions of cash. For merely pointing this out, Kass was attacked and driven out of the increasingly leftist rag. To give you a hint how far off the rails the Tribune has gone, they "bought out" chronic whiner Mary Schmich and gang-crime apologist/death penalty fabulist Eric Zorn. If the Tribune can't find a voice for those two raging wing nuts....

In any event, we surfed over to JohnKassNews.com because the title caught our interest: "Chicago’s rising violent crime: How to hold politicians and judges accountable? Connect the dots."

And then the oddest sense of "déjà vu" came over us as we read the post:‍

"Over the Labor Day weekend, the people of Chicago will have two things on their minds: What to grill. And how not to get killed."

"Like that Sox fan  driving home from a baseball game, getting caught between street gang crossfires on the expressway, with more than 150 expressway shootings already this year, more than double since last year."

"Or they might get shot off their porch. Or stabbed in the neck in a bank lobby downtown or perhaps, murdered by some repeat violent offender waiting trial, out now on low or no bail or electronic home monitoring because the politicians showed him mercy."

"That’s where we are now, facing the consequences of those good liberal Democratic intentions that have helped pave Chicago’s Road to violent crime hell."‍

We're big fans of statistics. We wrote about them for years. How they were gathered, how they were manipulated, and how they were reclassified. It was our bread-and-butter to say the least.

"The city is suffering a 50 percent jump in murders compared to 2019, and thousands of shootings. Carjackings have tripled. And all the media and political cheerleading about the wonders of the once-wonderful city won’t make people forget how they feel."

"They feel afraid. And they have every reason to be."

"Just the other night on the 400 block North State Street, two men were beaten and robbed, slammed to the ground, and kicked, all of it recorded on that viral video so many are still talking about,"

"It’s all in that video reported by CWB Chicago, my go-to source for crime news. The video CWB presented shows the merciless beating, and a group of women off the side twerked up a storm...."‍

And then it hit us — imitation being the sincerest form of flattery aside — Kass took the SCC formula — after being ejected from the group-think disaster that the print media has become — and is running like heck to cash in before someone else does. Kass even tags the CWB blog as his "go-to source for crime news." Imagine that.

But then Kass adds a bit of servility and virtue signaling brighter than the sun:‍

"The other day on The Chicago Way podcast, Jeff Carlin and I were talking with Kristen McQueary about how best to cover crime."

"McQueary is my former editor, and the editor of the editorial page at the Tribune. She should be running a news shop in this town."

"There are entities on Twitter that do a better job of explaining what happens in bond court than the newspapers, or tv stations or radio stations,” she said. "Every time someone is released on electronic monitoring or commits a violent act but they’re bonding out, the name of the judge should be in the paper, the circumstances."

"Those should be the stories we’re seeing every day so that there’s more connecting of the dots and holding individual judges accountable. They’re elected officials too. And I don’t think there’s enough exposure there as well."‍

Name dropping his former editor....the one who couldn't stop the lefties from putting the last nail in Colonel McCormick's newspaper....is just John keeping a bridge open. But McQueary's reply is tone deaf, and Kass' next line is nothing short of willful blindness:‍

"One of those entities is CWB. And CWB connects the dots while reporting on its growing list of people charged with violent crime while out on bail while charged with felonies."

"I just wish the other news shops would, too.  I know there’s a shortage of reporters, and those who remain are completely overworked, as are assignment editors and newspaper editors."

"Chicago media makes do with a weekend’s litany of the dead."

"But litanies of the dead simply aren’t enough to hold elected officials, and elected judges, to account."‍

Good Lord. You know where the "litany of the dead" comes from? HeyJackass.com, a site inspired to gather the statistics that we pointed out were so blatantly manipulated so as to be meaningless. Citizens doing the job that journalists refused to do.

We begged, literally begged, for years, probably a decade or more, for someone, anyone in the media to ride along with cops, to show up at court, to see who Sheriff Dart was releasing from the jails on a daily basis; who Judge Evan's was cutting loose on no bond or Electronic Monitoring (EM); and how many HUNDREDS of felons had been lost track of, further victimizing innocents or intimidating previous victims to beat their on-going case. We were reduced to asking everyone to vote "No" on every single judge every single election, in a tiny effort to bring some sanity to the judiciary.

"The people know the criminal justice system is broken, but they don’t know who to hold responsible for breaking it, or who is refusing to fix the system so that it works for the law-abiding. To the political class, they just don’t count."

"And though news shops in town are understaffed, the politicians have plenty of people to spin the news their way, and taxpayers pay for the privilege of having these distractors wave shiny objects even as they’re slapped in the mouth."

"My friend Jeff Carlin, a longtime Chicago radio producer and co-host of The Chicago Way podcast says that as local news shops continue to thin out, there is no real mechanism left to hold elected officials accountable."‍

You mean like....no media coverage of the failing of the system? Gee, if only there was a site, like a blog, full of insiders, willing to drop hints in a public forum, maybe even communicate on the sly via e-mails and bring the corruption that we all know is there out into the disinfecting sunlight!

But no. Now we're stuck with another innocent victim of a crazy person stabbing her in the neck. And we have to read about another dead four-year-old shot twice in the head over the long weekend. And a "litany" of another one-hundred-shot week topped off by a sixty-shot-over-the-weekend extravaganza.

And when the cops and detectives do their job, we're treated to yet another hit piece DEFENDING Kim Foxx's office refusing charges. We'll summarize the facts of the case here:

Then the media spin machine goes into full "protect Soros' state's attorney" mode and claims,"...an ethical obligation to review the facts, evidence, and law in each case and only bring charges when there is sufficient evidence to support a charge." Utter hogwash, when you have overwhelming evidence brought to your office in a timely manner, your obligation is to get it in front of a judge/jury, and not to worry about your conviction rate. You know who doesn't have a Felony Review process? Pretty much the entire country. It's a useless level of political interference in the judicial process.

Kass could have been covering all of this years ago. We believe one of his earlier jobs was a leg-man for Royko. When he rose to the top spot, he had his own leg-men and leg-women to run around doing the things that the top dog doesn't have to do any more. We know this because one of them contacted us years ago, saying Kass wanted to do a piece about us. We went back and forth twice and then we got ghosted. No big deal. Too many reporters didn't want to communicate via e-mail and we were far too mistrustful to be goaded into a face-to-face meeting. We can only assume Kass played-along-to-get-along and receive "access" to whatever made his job easier.

So Chicago is stuck with a corrupted judiciary, a prosecutor who acts more like a public defender, and an incompetent mayor destroying a police department for fun. All of this is resulting in more dead bodies and there is no end in sight.

And will it ever change? Well, did you see the list of "merit" promotions to sergeant that just came out? For the first time in recorded history, someone in the media did some digging:‍

"....15 were promoted via the CPD’s controversial merit promotions system, which allows for officers to climb the ranks with the blessing of a police department supervisor — even if the officer’s promotional test scores aren’t among the highest."

"Those 15 merit recipients were recommended by 14 supervisors, though only four of those supervisors — First Deputy Supt. Eric Carter among them — are still with the department."‍

That means that eleven of the recommendations were made by people no longer with the Department. And of those, one is deceased and four were demoted for either incompetence, embarrassing the mayor politically or outright criminal behavior for which charges were recommended — and that one had quite the colorful history of being taken away in handcuffs by IAD himself. It didn't stop him from getting three "merit" promotions himself, though.

"Merit" breeds corruption. We've stated that over 95 percent of the scandals that ensnared supervisors over the past two-plus decades, the supervisor involved was "merit." Do you have any idea how many "merit" lieutenants were "merit" sergeants? Over 95 percent. And how many among the current command staff were "merit" at some point in their career? About 97 percent.