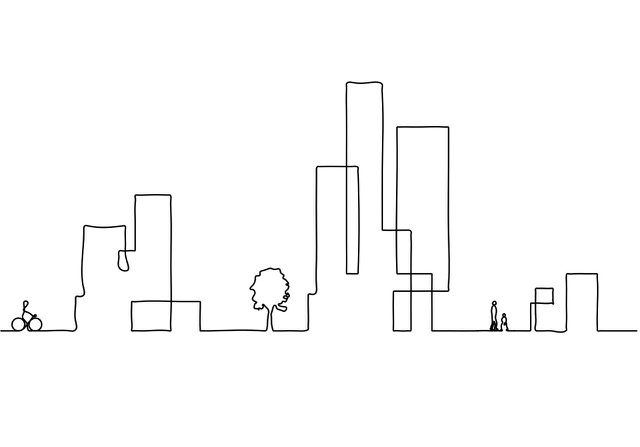 3.) Collectives of people use civility to increase social and economic welfare.

The difficulty comes in practice, especially when human beings are spread instantaneously through digital space. The 19th-century era of utopian “New World” cults not only embodied "un-woke" colonialism, but is undeniably impossible in today’s landscape, where some entity already owns all land on the planet.

Alternatively, attempting to seize assets for 20th-century communism is not as "progressive" as it once appeared. Meanwhile an Extinction Rebellion, 21st-century’s unnatural digital dystopia, is only opposite the old physical, utopia.

It is provably true that a smaller gap between rich and poor, a kind of civility, is in everyone’s best interest. And yet today, Western culture is rapidly increasing the economic divide, diminishing the chance for understanding each other. Evidence is that Chicago’s streets are more recognizable to gun-toting seekers and less so to citizens and fellow residents.

This points to a failure of governance. Blaming the Mayor is a literal reaction, yet today's phenomena accrued over decades.

Chicago had a unique system of work back in the mid 20th-century. A limited range of corruption greased the wheels and smoothed construction of a world-class city. Labor by many different people, from a multitude of places around the world, made a “single-party” machine work.

It’s not just the CTU. Statewide, Illinois' politicians are interfering in the playful lives of children. Such mismatching of geography, organization, people and necessities obstructs the formation of healthy social norms at different levels.‍

Emergence of social norms in a geographic place‍

Chicago, the city of "big shoulders", is a unique and distinctive place. Undoubtedly the severely cold and dry winters combined with monsoon-like humidity and hot sticky summers change who we are as a collective of people. If you are Senegalese, snow storms might be an odd sensation. If your background is Scandinavian, baking in the summer heat might make you do strange things. And from this emerges the necessary dexterity to get along with different people, each slightly odd, because of the weird climate in Chicago.

Chicago's character emerged from the interactions between people and place. The brutal climate, and the uniquely diverse collection of people choosing to live in the heartland, away from the coasts, all contributed to the linguistic “Chicago accent.” As people built the Windy City, social norms evolved and continued changing from many contributing factors.

And so how do we Chicagoans make sense of our city, today, as it follows Detroit into bankruptcy?

Also let’s stop pretending: suburban retail strip-malls bucolically themed as “Village Centers,” lacking any public governance, is not innovative. One way to avoid such nonsense is to establish different scaled, mixed-use activity centers in communities where transportation access and governance are permanently located. At the smallest scale, Japan has permanently located governance in the form of “Police Boxes" similar to the security provided by a doorman in a high-rise building.

Social norms continuously emerge through people's repetitive interactions with others. Self-directed citizens going about their life, begin to find cooperation in a community. Generating civility occurs at the Neighborhood, District and Urban Village levels where repetitive interactions are encouraged. Saturated with amenities and transportation access, such multi-scaled, nested and networked activity centers can become essential threads in a new Chicago urban fabric.

At each level, innovative governance manages local infrastructure based on the collective and local social norms of citizens, businesses and residents that use each specific place. And lastly, networked together in a multi-scaled polycentric manner, city-wide governance can return to focusing on city-scaled issues which can then focus on rebuilding a worldly Chicago presence in the 21st-century.‍

Public policy formation has focused on forcing predetermined behaviors since 1990, instituting incentive-based laws intended to modify behavior. This began as a reaction to the collapse of 20th-century communism and the public sector embracing private-sector, free-market innovation and competition. Such policies assumed incentives would be rationally chosen by diverse beings and bring about desired behaviors chosen by the system-operator in a predetermined, micromanaged, closed-system.

Instead, and intuitively sensible in an open society, research on social preferences and public economics points out that “incentives that appeal to self-interest may reduce the salience of motivation, reciprocity and other civic motives.”

Chicago can learn from Detroit’s shrinkage rather than pretend it is growing, like Miami or Boston. When a government provides hand-outs, let’s make those investments produce long-term community benefits, whether abstract civility, literal education or economic profits reinvested into the community. And responsible local governance would robustly and humanely narrow the gap between rich and poor, not regulate life with closed system “incentives” that strangle human ingenuity.

We need to innovate governance itself, take advantage of new technologies, markets and security situations. We don’t need a revolution. Collectively we need a governance that is more evenly distributed, rather than top-down, capable of working with a plurality of viewpoints to form distinctive communities.

Given the detrimental effects of Facebook on adolescents, it is refreshing to hear the discussion of data as a public good, even if only a semi-public good:

"Readers who still remember the basics of economics may recognize that being both non-rivalrous and partially excludable makes data a form of a semi-public good. This means that if a provision is left public in the private domain, without the absence of government intervention, these goods' benefits to society may be unrealized. With government intervention and the provision of a data market, the thinking goes, it could generate an increased net benefit for a society similar to subsidized public universities."

Society is on the brink of our blue skies being emblazoned with Amazon drone logos and flying taxi services, which is inherently energy intensive and unsustainable. The sky holds an undeniable common value; that’s why pollution was such a problem (and old fashioned zoning ordinances regulated building height). The government’s role is to manage our jointly held and ever-changing public commons. If Chicago’s government cannot handle this responsibility, then yes, we need to build a better government.

For many years I heard stories about the tragedy of the commons. Then I read The Tragedy of the Tragedy of the Commons and learned that an automaton’s rational choice is not a reliable substitute for human behavior. It is precisely our human social needs that generate distinctive communities, ones where people spontaneously enjoy sharing our lives. Since Ronald Reagan’s 1980s presidency, and accelerating after the competitive threat of Soviet communism receded in the 1990s, it became commonplace to think that the American government can not, and does not, innovate.

That convulsion in world affairs led us to believe that innovation exclusively happens in the private sector. Innovation in governance has atrophied. Today, we have charter schools, the privately operated military-industrial "boondoggle" complex, even private equity firms running Chicago’s parking meter system and the Skyway. Soon, private equity will be running Chicago’s water system. Instead, Chicago has the opportunity to initiate a place-based, multi-scaled, innovative governance. One that adds color to Chicago’s distinctiveness with socially emergent norms.

Chicago remains a great city which enjoys a plurality of viewpoints. The public Lakefront is unparalleled. Chicagoland has scientific laboratories and universities that are doing great work. Most important, its citizens are some of the most friendly in the country. Moving past party machine politics, Chicago can innovate the way it governs and show the world a new kind of continuously emergent, humanely distinctive, iterative governance.