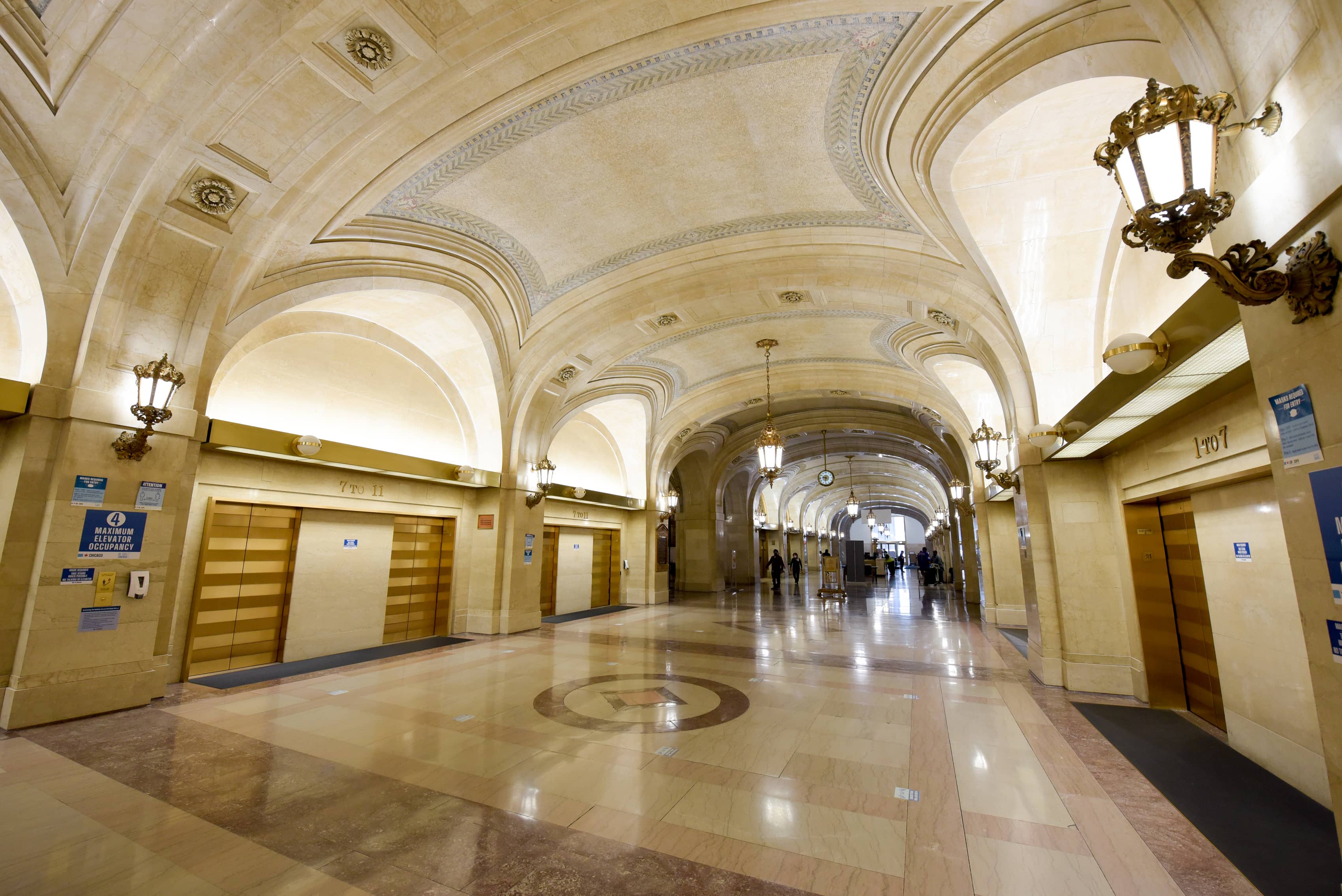 With vote of support for scandal-ridden head of police oversight agency, Aldermen Osterman and Smith ensure decline of their wards and Chicago

Perhaps nothing reveals the willingness of Ald. Harry Osterman (48) and Ald. Michelle Smith (43) to sacrifice the safety and prosperity of their respective wards at the altar of progressive politics than their recent vote of support to a renegade leader of the city’s police oversight agency.

In a vote rife with backroom wheeling and dealing, both aldermen voted to recommend the temporary head of the Civilian Office of Police Accountability (COPA), Andrea Kersten, to permanently lead the agency at the behest of Mayor Lori Lightfoot. Ald. Nicholas Sposato (38) had enough votes lined up to reject Kersten’s recommendation at the last meeting, but Ald. Chris Taliaferro (29), chair of the committee, did not bring an official vote, which had Sposato calling foul on the committee’s tactics. Last week, the committee recommended Kersten’s nomination 6-9, all but guaranteeing she will remain head of COPA for the foreseeable future.

For both Osterman and Smith, the vote is particularly troubling, as the wards they represent in the City Council are rapidly disintegrating into a lawlessness caused in large part by the handcuffs placed upon police officers due to bogus investigations from Kersten’s oversight agency.

With their vote, both aldermen have essentially guaranteed law enforcement actions needed to thwart the rising tide of robberies, carjackings, and shootings in their wards will not come to fruition, as a major reason police officers are retiring or accepting jobs in other cities is directly related to COPA’s long record of conducting bizarre and malevolent investigations that have led to officers slapped with excessive suspensions or being terminated. Few if any officers believe they receive fair treatment from COPA, especially under Ms. Kersten.

With the deep distrust officers hold toward COPA, both Osterman and Smith's vote undermine their otherwise token rhetorical support for law enforcement routinely deployed in the face of shocking crimes within their respective wards.

How biased are COPA investigations? A review by the conservative watchdog group Judicial Watch uncovered a striking pattern in COPA investigations, many of which evolved while Kersten was working at the agency. In its study of COPA over a three-year period, Judicial Watch revealed COPA made no effort to punish complainants against the police even when COPA’s own investigators rejected their claims. Judicial Watch noted in its review that COPA failed to sanction accusers for filing false statements despite the fact that the complainants were required to submit signed affidavits attesting to the truthfulness of their statements.

Among the assortment of conclusions cited by COPA investigators that claims against the officers were false included:

Judicial Watch's investigation reveals COPA’s willingness to take up investigations of misconduct against police but no measure to curb these false allegations against officers. In their report, Judicial Watch cited the fact many of the claims were refuted by video footage from officers’ body worn cameras. The failure of COPA to seek prosecution for false complaints suggests that body worn cameras exist solely as a means to punish police, as the agency does not hold citizens accountable when false claims are made.

More and more frequently, COPA is exposing itself as an arm of the anti-police movement, and not a legitimate police oversight agency.

It would take books to painstakingly uncover the evidence of fraudulent, biased rulings by COPA, often made as they betray their own rules governing investigations. In an essay published in Chicago Contrarian, contributor Patrick Dent argued that the record of COPA routinely violating its own rules, weaponizing investigations against police and making decisions based on false claims, should compel various police union ranks to take collective action.

"Perhaps it’s time for the CPD collective bargaining units to take a thorough accounting of COPA’s own adherence (or lack thereof) to the letter of policy and demand COPA investigators and senior leadership signing off on improper investigations be held to answer for their misconduct."‍

Alds. Osterman and Smith also appeared utterly untroubled by the evidence that Kersten runs an agency wholly in conflict with the law. Case-and point: COPA recommended two officers involved in the fatal shooting of an armed offender be fired. A federal judge overseeing a civil lawsuit about the shooting declared it was legitimate and dismissed the lawsuit against the officers, a compelling example how COPA disciplinary recommendations contradict established law and policy.

How can law enforcement officers perform the functions of policing with a renegade agency targeting cops for carrying out their duties? Here are two officers who risked their lives trying to protect the public tossed under the Kersten bus as if they were little more than an afterthought. And Alds. Osterman and Smith are recommending Kersten get the top job permanently?

Chicago police are suffering from a staggering attrition rate, rooted in large part by the conviction that they are being setup by COPA merely for doing their jobs. Officers are retiring or taking jobs elsewhere, and Chicago is having trouble finding qualified candidates to keep pace with retirements or departures from the department. Manpower is critical. The consequences are obvious in Osterman and Smith’s wards, a fact that should compel them to install an impartial, capable leader at COPA. Instead, Osterman and Smith, once again, stuck with the anti-police paradigm that is the basis of so many quack political careers in Chicago.

But one doesn’t need to sort through the rhetoric so much as walk through their wards to see the destruction and crime they are permitting among citizens they were sworn to protect. Empty storefronts, littered streets with fewer pedestrians, and businesses half-filled with patrons replaced once thriving strips.

Bryn Mawr Avenue in Osterman’s Edgewater neighborhood is a shining example of this decline. Once a vibrant shopping and dining belt between Lake Shore Drive and Broadway some two decades ago, businesses are now leaving. Crime is one reason why. Believing that any complaint against them, no matter how baseless, can garner wings at Kersten’s COPA, officers are becoming handcuffed and offenders are motivated and more aggressive than ever.

Osterman’s Edgewater neighborhood lost one of its crown jewels a few weeks ago when Mia Francesca at 1039 Bryn Mawr permanently closed. A restaurant that had provided fine Italian fare for two decades, Francesca’s was also a lively nightspot for residents in and around Bryn Mawr who could walk a few short blocks for a meal and a cocktail, and enjoy some of the best jazz in Chicago on Tuesday nights. Some media ran with speculation Mia Francesca’s demise was another casualty of COVID, but sources say another significant factor in management’s decision to shutter the restaurant was the increase in crime.

Today, residents are leery about walking on or driving around Osterman’s Bryn Mawr Avenue.

A 51-year-old woman was robbed and her vehicle stolen on the 5500 block of North Kenmore by three offenders, according the crime news outlet CWB Chicago. The same woman was carjacked by armed offenders a few days earlier in the same area.

Over the last year, CWB has reported roving bands of youth robbing people in Edgewater and a host of other carjackings and attempted carjackings.

Will officers get fired if they engage in a foot chase with these offenders? Will they be recommended for firing if they shoot an armed assailant? Will COPA rulings against officers merely defending themselves drive a federal lawsuit covered manically by Chicago’s anti-police media machine?

So Francesca’s joins a growing number of empty storefronts along Bryn Mawr, some with Black Lives Matter signs hanging on the windows. As fewer people are willing to explore a career with the Chicago Police Department and the bleeding of veteran officers continues in large part due to public contempt for police and mistrust of COPA, Osterman and Smith will have a difficult time justifying their progressive solidarity in this vote with the daily reality of violent crime.

The residents in the neighborhoods represented by these aldermen need to start asking just how serious they are in providing public safety. They should start by taking a walk past the empty storefronts along Bryn Mawr.