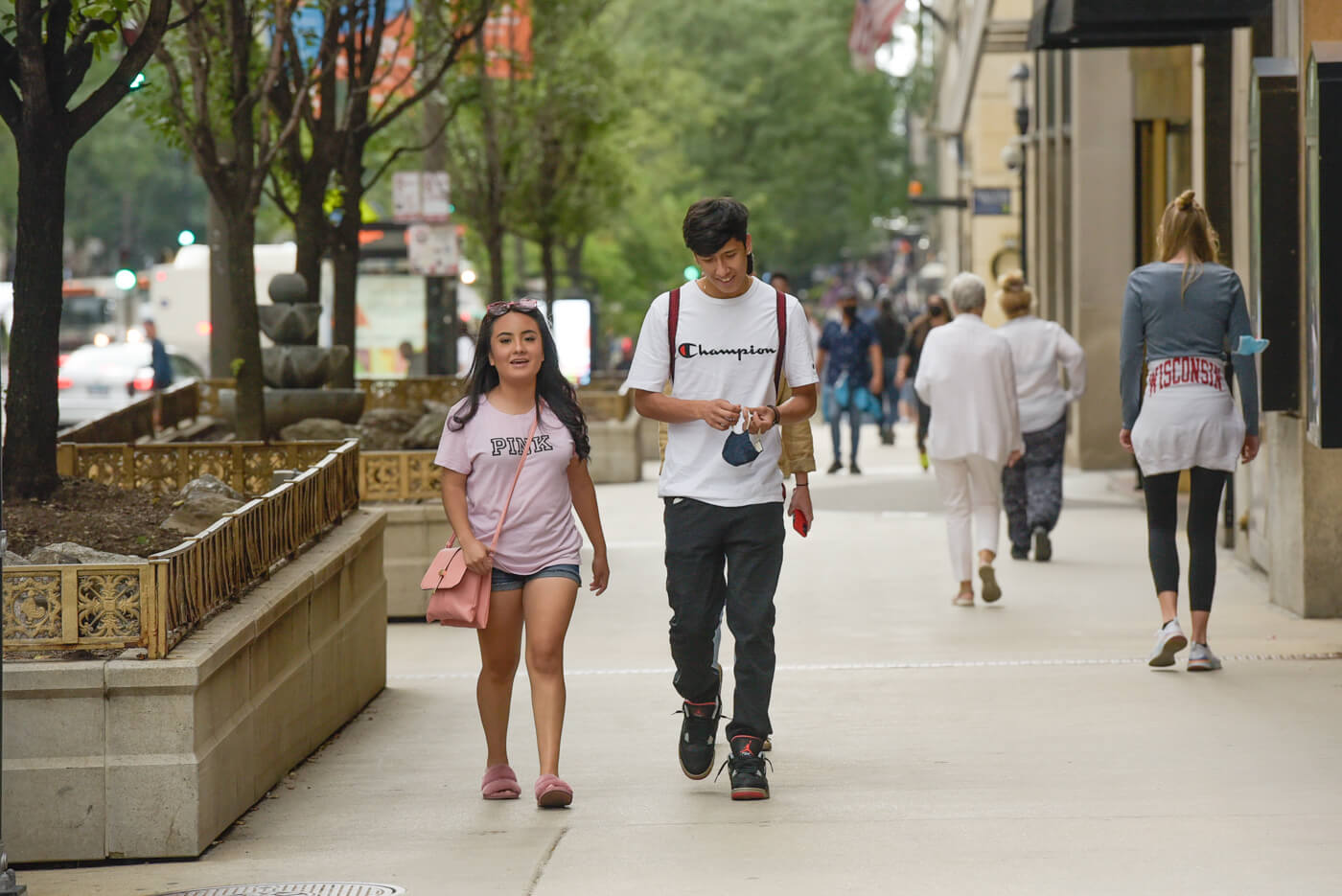 A new year in Chicago brings, well, more of the same in terms of media hyperbole and political stagnation presently regarding the city's top revenue-producing district and surrounding neighborhoods, which have fallen on hard times as of late. A global virus outbreak, protests, riots, and looting dealt a nearly-fatal blow to the once-flourishing Magnificent Mile in 2020, leaving authorities scrambling for solutions to existential problems they seem ill-prepared to fix.

Health and public safety fears among tourists and Chicagoans have pushed the Magnificent Mile's largest department and clothing stores – Macy's, Express and the Gap – to vacate large swaths of retail space along the avenue, including in the renowned Water Tower Place mall. The news caused a local media uproar with repeated calls for “reinventing” the strip should rising trends in looting, shoplifting and online consumer purchases continue to devastate brick-and-mortar businesses.

“When you have this ghost-town feel with tumbleweeds blowing down the street, people want to stay away,” Ald. Brian Hopkins (2nd) told CBS Chicago earlier in January. “I’m afraid it’s going to get worse before it gets better . . .We need to reinvent the Mag Mile anyway, and we now have the opportunity to do that.”

Suggestions for what a “reinvention” might look like include live theater centers, art galleries and retrofitting large indoor areas for recreational activities not readily-accessible in a traditional urban setting, like golf and skiing. These ideas are all well-and-good, likely necessary to preserve the district's cachet through the mid-21st century, but practical measures must be implemented first to guarantee shopper safety and store-owner protection – a tall task in Chicago's hyper-partisan political climate overwhelmed by virtue-signalers and social justice warriors.

Two recent examples show how local government's lack of willingness to cooperate and solve urgent grass-roots and elitist issues alike is endangering the safety and prosperity of its citizens:

First, a Chicago City Council committee temporarily rejected a proposal in December to tackle fledgling street crime along the approximately one-mile stretch of prime commercial real estate, which includes such high-end retailers as Saks Fifth Avenue, Louis Vuitton and Marshall Pierce & Co. Endorsed by Mayor Lightfoot, the plan would levy a Mag Mile-exclusive property tax for three years to fund the installation of additional security technology and other initiatives deemed necessary for restoring post-pandemic foot traffic. Both aldermen representing the area including Hopkins and Brendan Reilly (42nd) voted against the measure, the latter describing it as a “rushed” and undue burden on landlords who already shell-out nearly $2 billion in local taxes annually.

Second, council members held an admittedly inept public hearing on January 22 via Zoom with local law enforcement to discuss another epidemic hitting Chicago, carjacking, which increased by a mind-boggling 135 percent in 2020. In another show of poor stewardship, the Cook County prosecutor's office failed to respond to an invitation from aldermen to address concerns at the meeting regarding a lack of felony charges being brought against car thieves. The Chicago Police Department already adheres to a “no chase” policy for on-the-ground officers alerted to an incident of a stolen vehicle and deploys only a single helicopter on a daily basis to track such crimes, compared to as many as 25 in New York and Los Angeles combined.

Wealthy neighborhoods surrounding the Mag Mile haven't been exempt from the crime wave either, as districts which include Wicker Park and Lincoln Park saw carjackings double and triple since 2019, respectively. Eight incidents of car-theft alone occurred within a two-block radius of North Michigan Avenue between the Chicago River and East Oak Street last year.

A lack of action in response to the societal horrors of recent years on the legislative and law enforcement fronts has depressed many of Chicago's Near North Side and Near West Side neighborhoods to the point of inciting a two-year decline in residential property values. Such a development seems to be part of a larger trend: Chicagoland's housing market has experienced the slowest price growth of America's top 20 metropolitan areas over the past three decades. Chicago also ranks last in return on investment for residential sellers in the ten largest U.S. metro regions – not surprising given the Windy City's on-going “murder capital” designation and propensity for passing anti-gentrification ordinances which bar new development in select residential zones.

The latest example of such anti-growth policy comes just at the wrong time, as the City Council on Wednesday passed a measure that bans landlords from renovating multi-level units for single-family home use in the Lower West Side's Pilsen neighborhood and in the vicinity of the 606's west side neighborhoods of Hermosa and Logan Square. Chicago's heavy-handed residential planning may be having an unintended effect, however, as Crain's recently reported 2020 end-of-year median sales prices for the type of homes City Hall is trying to suppress grew at its fastest rate in at least five years. It should be noted that none of the neighborhoods enjoying the highest real estate value appreciation border the Mag Mile.

To make matters worse, commercial real estate has suffered in nearby Downtown Chicago as corporations continue to contract office space due to COVID-19 precautions. Most recently United Airlines revealed it will be vacating 150,000 square feet in Willis Tower, adding to an already unprecedented amount of available sublease space in the Loop. A “ghost-town” indeed.

Chicago’s Magnificent Mile has a character wholly and uniquely its own. One of the most iconic shopping quarters in the world, the 13-block stretch is home to famous historical landmarks, and its charm is found in the hundreds of restaurants, opulent hotels, retail stores, and tony boutiques lining the street. Calls for the Mag Mile’s “reinvention” are misguided. If this strip of Michigan Avenue is in decline, its fortunes can only be reversed if lawmakers fulfill their most fundamental duty. This begins with Mayor Lightfoot, aldermen, and Kim Foxx acknowledging Chicago is in the midst of a serious crime epidemic, particularly homicides and carjackings. Regrettably, as demonstrated in the January 22 public meeting, the response to last year’s surge in carjackings, murders and over 4,000 shootings has city officials refusing to address crime.

Chicagoland's anti-growth, soft-on-crime policies are turning one of America's flagship cities into a wasteland of anarchy and decay. How long will its citizens stand for incompetence and willful ignorance at the highest levels of city government?