The Sad Drama of the Chicago City Council 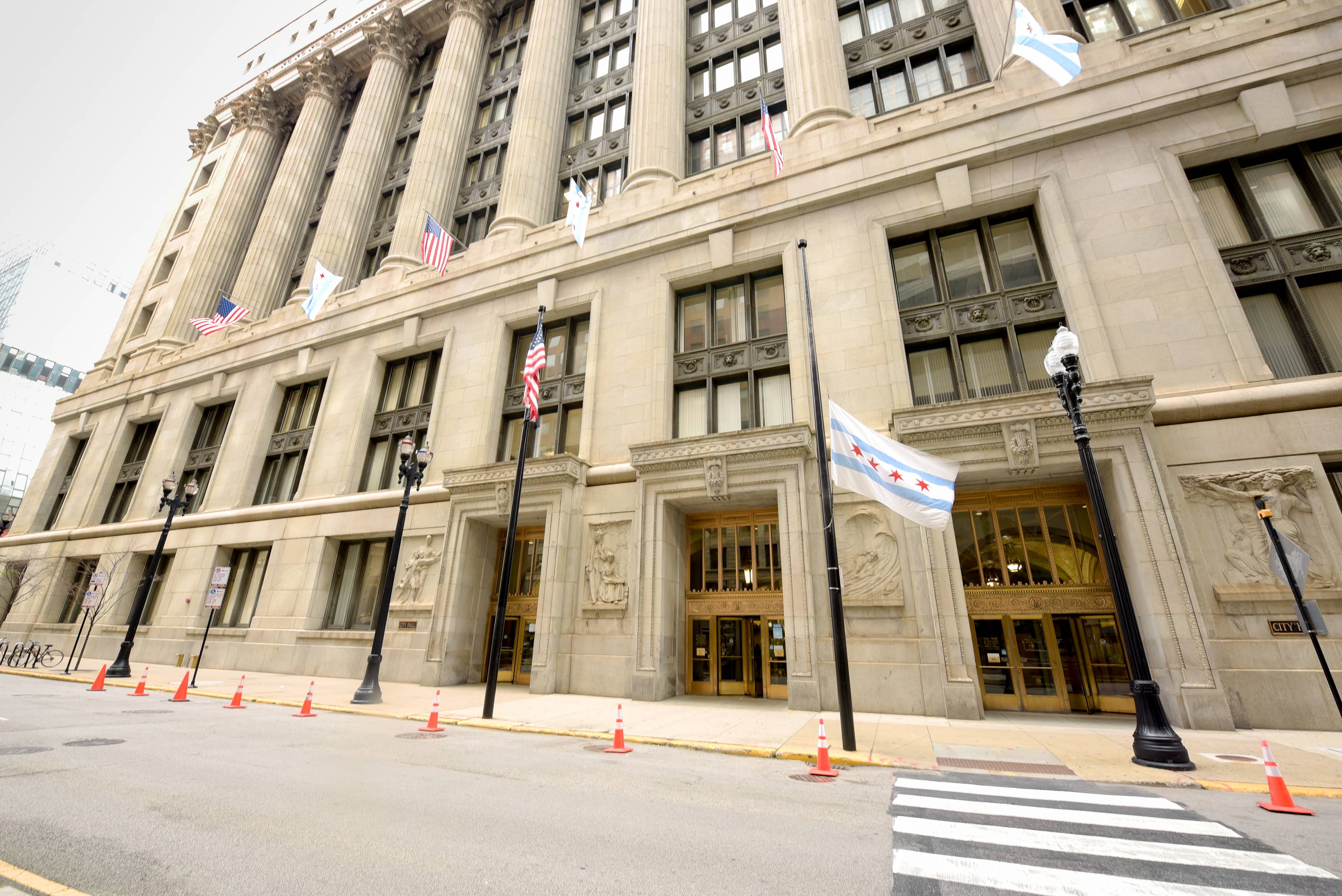 The Chicago City Council was once an ideas shop. Today, it's a theatrical stage

For Chicago residents who find themselves enthralled with the infamous, raucous mosh pit of Chicago politics today, there is a tendency to concentrate attention only on Mayor Lori Lightfoot. A crude, emotive, and often clownish figure, Lightfoot’s successive stumbles, tactical blunders, and solipsistic comprehension of the political landscape have been liabilities for the city she leads.

Yet for all her unforced errors in office, Ms. Lightfoot has proved useful as a distraction for the dysfunction of the Chicago City Council. Once a deliberative body, the city’s legislative chamber has been debased and increasingly taken on the appearance of a theater production in which its members perform far fewer legislative duties than ever before.

Under 65 ILCS5/3.1-40-5, the Chicago City Council is granted power in accordance with home rule of the Illinois Constitution. However, unlike the mayor, who enforces the law, and the court system, which applies the law accordingly, Illinois Compiled Statutes avoided dictating specific responsibilities for aldermen and preferred only to set boundaries for the City Council.

A conscious gesture, the rationale behind the Illinois General Assembly laying out a nebulous scope and range was due in large part by its assumption aldermen seated in the City Council would be driven primarily by members' ambition for power. Springfield also believed aldermen would be compelled to work diligently by virtue of their privilege of speaking for the public, and would be endowed with an indomitable discipline, strength of will, and a dynamism to make law.

Though aldermen have grand ambition to remain in office, a passive inertia has overcome the members of the city’s legislative chamber of late. An affliction which has slowed purposeful lawmaking, in its place aldermen have sought to use the City Council more frequently to debate and pass trifling ordinances and resolutions, using the office as a stage on which they can play a dramatic role.

Visit the Chicago City Council and you are likely to witness a chamber percolating with activity. Though aldermen present can be seen sitting in their chairs, it is all too common to behold lawmakers milling around aimlessly, conversing with colleagues or enjoying innocuous activities such as texting on their mobile phones or perhaps solving a crossword puzzle. Observers are also likely to notice the occasional fits of enraged political theater in which aldermen create a dramatic moment by interjecting, interrupting or outshouting colleagues during debate.

During debate, rather than frank, hard-hitting speeches, many aldermen deliver meandering, ponderous sermons. For some, particularly members of the Council’s Democratic Socialist Caucus, the occasion to hold sway over the floor and deliver a finger wag is too much to resist. Lectures which flay the eardrum, DSAs have gained notoriety for droning, badgering, tortuous, enervating, and needlessly and endlessly long evangelizations.

Aside from tedious speeches, the bulk of the work aldermen accomplish daily consists of routine ordinances and include matters such as zoning reclassifications, approval of plats for development, agreements between the city and government agencies, sundry traffic regulations and signs, and the issuance of residential or handicapped parking permits. Though common and necessary procedures which require attention, other legislative efforts forwarded by aldermen have been petty, foolish, and a farcical waste of time. Only recently, the City Council approved two measures — amendments to municipal code — neither of which will benefit residents of Chicago.

In one piece of legislation, aldermen banned investments in coal, oil, and gas companies in an effort to combat climate change. Alderman Gilbert Villegas (36), along with 19 colleagues, are also seeking to revise municipal code regarding eligibility to conduct business with the City of Chicago due to removal from public office over treason, sedition or related offenses. Hardly vigorous legislative activity — one of which targets former President Trump and another which could place further stress on already fragile public pensions — the stances require no courage and are rooted in vacuous virtue signaling.

In another example which demonstrates how the City Council has progressively lost its inner life, aldermen have developed the unnerving habit of preoccupying themselves with lightweight resolutions. Essentially a benign statement, the resolutions primarily consist of birthday or retirement congratulations to residents or tributes to late supporters.

Other resolutions have included affirmation of Chicago’s support for Ukraine, recognition of India's 72nd anniversary of Republic Day, calls for condemnation of violence against certain castes and faith groups, and support for the Biden administration nominating a black woman to serve on the Supreme Court. Additional resolutions have declared climate change an emergency, reaffirmed Chicago as a sanctuary city, and proclaiming December 4th as "Fred Hampton Day."

Though these resolutions have not overtaken approval of weighty ordinances, these feel-good rituals have grown sharply in number over the past 15 years. Specifically, the number of resolutions jumped from 726 in 2007 to 4,203 in 2011. In the 2015 legislative session, City Council recorded 4,355 resolutions. Since the beginning of the 2019 session, it has contemplated 3,315. Though the resolutions are innocuous, it is political theater which is doing nothing to advance cogent debate on crucial matters affecting Chicago.

Worse, still, is the drama many aldermen bring outside of the City Council floor. Just another stage on which Chicago’s lawmakers engage in theatrical displays, it is a fairly common practice for aldermen to appear in public with ostensibly reviled or deprived individuals and groups. Often seen shouting trite slogans while standing under banners festooned with political statements on, for example, homelessness, immigrant or labor rights, aldermen encourage their audience to see those claiming deprivation as victims, potential victims, or as heirs to past grievances.

Too often, however, these silly shows are designed for aldermen to engage in melodramatic displays of indignation and often ripen into whine-a-thons full of oration with dramatic pauses and deep breaths, where aldermen theatrically hug the dispossessed or “victims” demanding an indignity be redressed. Though these staged shows are empty of value, they do serve the interests of the aldermen: Purely oversentimental appeals, they cleverly pander to every emotional and intellectual tender spot of the multicultural Left. Histrionics masquerading as deep wisdom, the appearance in public allows aldermen to instantly elevate themselves into the tier of civic or secular saint whose opinion on public affairs is morally unimpeachable.

Rigor mortis has set in on the Chicago City Council

When the Founding Fathers created Congress, they did so with the understanding rule by plebiscite would be unworkable and because they revered and recognized the utility of the deliberative methods found in an elected legislative body. Unfortunately, few deliberative minds are found in the City Council today.

It is not too difficult to be a good alderman. Though the responsibilities of drafting and introducing legislation, helping address residents’ concerns, and advocating on behalf of a war does present challenges, if you have a personal warmth to your personality and are gregarious enough to appeal to the electorate, there is not much more to public office. Aldermen now have paid assistants and volunteers to help satisfy their needs, brief them on Council matters, and contribute to legislative issues or write press releases. Those aides and volunteers also guard the alderman’s reputation with constituents, meet with residents, and regulate access from the media.

Today, however, for a growing number of aldermen, public service is more show biz and less legislating as many have become experts at political theater. Appallingly, for some aldermen, service in the City Council is merely an opportunity to experience a kind of second adolescence.

This is a direct result of the love of the theater of politics — a fixation with personal advancement, the desire among lawmakers to invent themselves as saviors or seizing a moment to strike a self-congratulatory posture over trifling resolutions — rather than embracing the practical responsibilities of governance. This comes at a cost to residents: Fewer attempts at hard legislating leaves Chicago’s truly significant problems such as rising crime, the pension crisis, and a fiscal dislocation omitted from legislative affairs.

We are now sending representatives to City Council who chafe at even the modest weight of their mission, and for whom prospects for distinction are measured by frivolous legislation, hollow resolutions, virtue signaling, delivering smarmy public lectures, and issuing witty or scornful tweets rather than genuine legislative achievements. This is no way to govern.

This collapse of institutional power must be addressed, but it cannot be left to aldermen. A notoriously murky cesspool of corruption, time and again, members of the City Council have either refused to impose discipline on themselves or resisted consequential reform. Since so few aldermen are capable of behaving sensibly and so many refuse to show they can govern constructively, the groundwork to restore energy to lawmaking must begin in the Illinois General Assembly. Reform of the City Council must come as a result of legislation insisting on setting efficient procedures for lawmakers and must include term limits and a recall measure for aldermen.