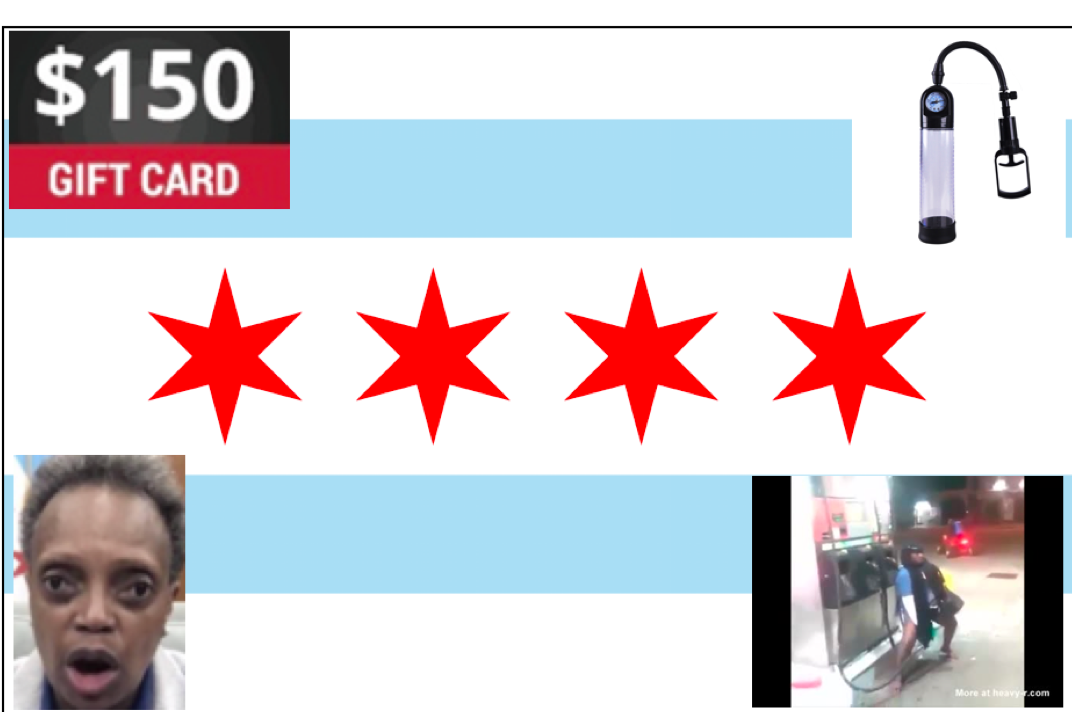 ‍Willie Wilson doesn’t have anything on me in terms of inches.

Even before old stinky is running for mayor, he’s targeting my voting block with free gas giveaways.

But faster than you can say "new inpatient gender transition surgery centers in Chicago Public Schools" I got his number.

That’s right. Old Willie’s got to use his millions to get the vote out.

I got the City Council (voting 15-12 in committee) to give away $12 million in free gas cards and transit passes with my name on it.

My name’s on the card in bold. And I’m giving away 4 times what Willie donated. But my "gift" is entirely funded from taxpayers in a razor targeted manner to tip the election with my people (who won’t even have to wait in line). That’s right: 75 percent of my truth gas cards will go to “mobility hardship zones on the South and West sides.”

This is big and bold.

I figure this will be at least 200K votes for me. Half of which will come from the families benefiting from the $150 prepaid gas credit cards. And the rest from the $50 prepaid transit cards.

There’s some additional fine print with my gas giveaway:

See? I got all the angles and every possible voting block covered.

But don’t tell my people who mentrate (formerly women) fan people on the Northside — you know, those that live to reeducate others by preaching the gospel of white supremacy, intersectionality, anti-racism and critical race theory — about the gas taxes they will continue to pay to fill up their hybrid Volvos.

According to the Illinois Policy Institute, it costs nearly $15 in state and Chicago taxes for them to fill up their white privilege family trucksters.

Finally, my bestie Kim Foxx can get pumped as much as she wants (and George Soros and his operatives can fill up for free as long as Kim and I keep getting that soft money).

‍The Mayor’s Office would like to remind you that satire is incongruous with my Two Spirit lived experiences.