The Naked Truth About the Search Warrant 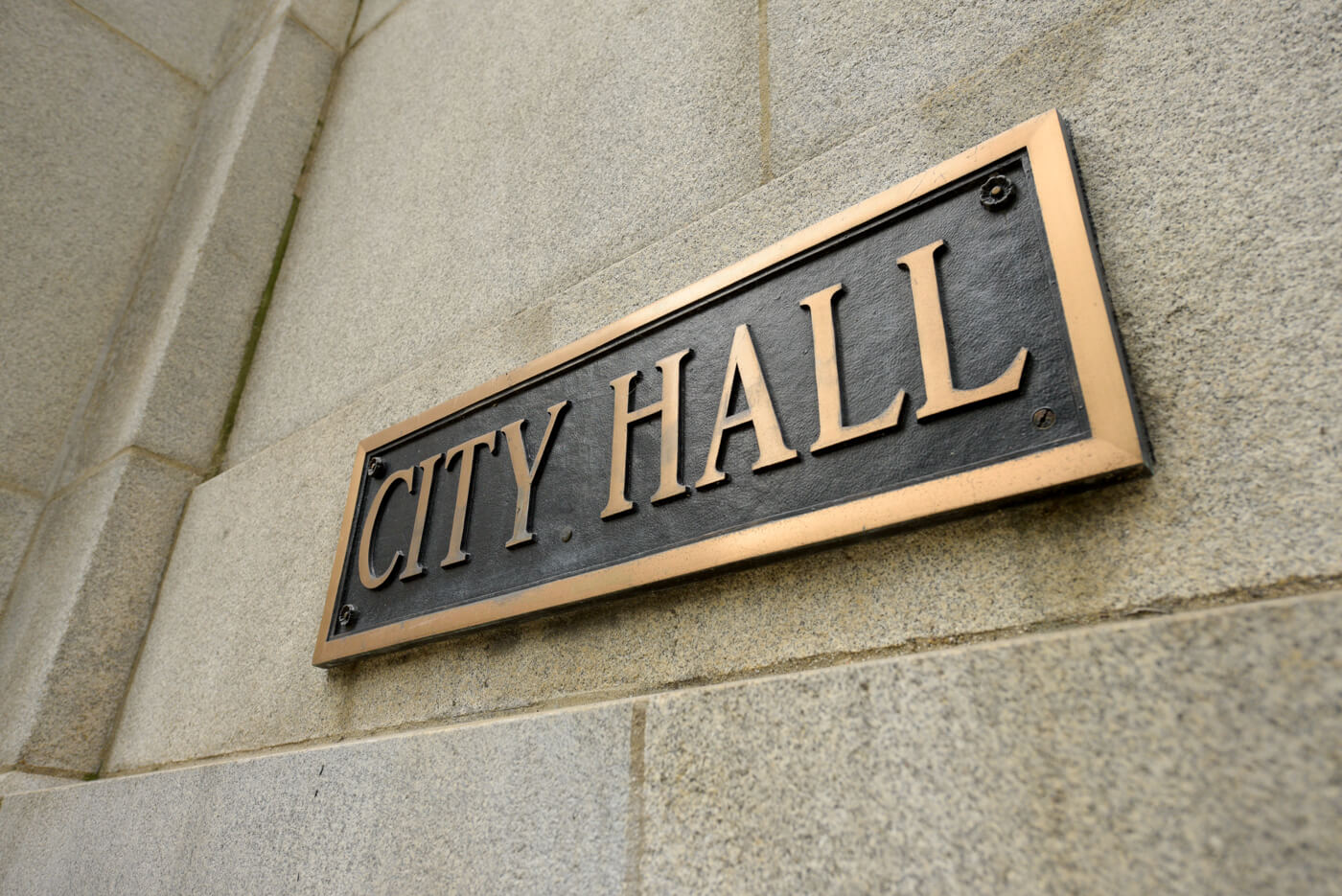 Hearing in the Chicago City Council began badly and ended as a nightmare.‍

A Chicago City Council “hearing” is supposed to be used by aldermen who are not experts on a certain topic to hear testimony from people who are experts so that the City Council can make better governing decisions.

December 22nd’s Joint Committee on Human Relations and Public Safety hearing on the Chicago Police Department (CPD) search warrant of Anjanette Young’s apartment was anything but. A group of aldermen appearing to have no grasp of the facts of the incident were apparently so confident in their knowledge that they decided they didn’t need to ask relevant questions. The aldermen just wanted to skip to discussing police terminations. With questions like “did the officers all get complaints on each other,” the hearing was akin to watching a trial where no one cared if a crime had been committed, only what the most appropriate form of execution would be.

The virtual meeting featured some participants obviously sitting in their homes in less-than professional surroundings, and others sporting creepy background screens which made them look like presenters on a 90s cable access show.

Vainly trying to present themselves as a collective body trying to arrive at some truth, the hearing lasted nearly seven hours and featured some hilarious moments, such as an exhausted Superintendent Brown answering an alderman’s question with something like “why don’t you ask Eddie Johnson?” A compelling response, since the warrant was executed in February of 2019 under former superintendent Johnson’s tenure.

As the hearing dragged on, questions posed to representatives of the CPD, the Civilian Office of Police Accountability (COPA) and the Cook County State’s Attorney Office (CCSAO) devolved into a kind of competition among aldermen on who could capitalize on Ms. Young’s misfortune by appearing to be the most woke, emotionally scarred and vicariously traumatized by the events of that evening.  Aldermen demanded an end to no-knock warrants, suggested halting payments to confidential informants, wanted to out the identity of the individual who provided the information for the warrant, and criticized the CCSAO for not auditing search warrants.

This hearing would have been an interesting discussion if one were not aware of the facts. The warrant at issue was not a no-knock warrant, as anyone who has watched the video which sparked the hearing would know. And if there is a time when a no-knock warrant is needed – for example, a terrorist situation – disallowing an obviously needed law enforcement tool to score political points related to a situation that doesn’t even apply is dangerous, absurd, and deceitful.

Then there is the notion of ending payments to confidential informants, also discussed by the elected officials charged with maintaining law and order. These confidential informants go through a thorough vetting process. These informants are key to solving many of Chicago’s homicides, which are now at record levels. It would be absurd in a city reeling from so much violent crime to abandon such a crucial law enforcement strategy. But it is also absurd in the context of the joint committee because the warrant in question was not an informant-based warrant. It was a “John Doe” warrant.  A “John Doe” warrant is one in which someone comes forward to assist the police without any compensation. While there could be ulterior motives such as revenge on a gang-rival, the motivation is usually an individual who wants a safer neighborhood. “John Does” appear in-person in front of a judge and have a conversation about the information they are providing, as well as their motivation. If the police have suspicions on the John Doe’s reliability, they do not present him to a judge. If a judge has suspicions, the warrant doesn’t get signed.  The John Doe’s name is kept secret because exposing illegal behavior in Chicago can be deadly.

In the case of Ms. Young, had the aldermen been interested, they might have discovered this John Doe was trying to save his neighborhood from more gang violence. Even the original CBS story on the warrant indicated the target was in a nearby apartment and had a history of illegal activity.  So the information was likely accurate, but a mistake was made somewhere along the way.  Everyone, even police and John Does, are prone to human error. Nevertheless, shame on the aldermen who wanted to “out” the John Doe. Chicago is in desperate need of more residents bravely willing to come forward to assist police investigations, not fewer.

Some aldermen seized on the occasion to advocate for a proposed ordinance to create the Chicago Police Accountability Council, an elected group of anti-police activists who would govern CPD, and push for something in the department nefariously termed “abolition.” Imagine being an alderman – by definition elected to govern the city, including the police department – and wanting to spend millions of dollars creating another elected official to do your job for you.

The call for “abolition” is the new term used to advocate for literally closing the police department since “defund the police” has lost its luster. The use of this term is a typical Leftist play: Label an indefensible policy idea a name that can’t be disagreed with. If you disagree with the idea that the Chicago Police Department should be immediately disbanded, you are labeled as opposing “abolition,” and therefore support something as amoral and evil as slavery. It worked as a marketing ploy for the hard Left with naming anti-police and Marxist policies “Black Lives Matter.” The clever marketing trick drove millions to change social media profile pictures, put up signs, and donate money to their cause. The voices that pointed out that BLM’s policies would result in certain misery for actual black lives were called racists simply because they opposed something called “Black Lives Matter.” It’s a tragedy that every BLM opponent has been proven right in Chicago and across the country as the murder rate among blacks skyrocketed in the wake of the anti-police, pro-Marxist BLM movement.

What might take the cake for absurdity through the hearing were calls for the CCSAO to audit CPD search warrants.  Not only does CCSAO not answer to Chicago City Council, but their role is simply to voluntarily advise officers on the legal writing of their warrants prior to presentation to a judge. One of the highest-ranking members of CCSAO attended the hearing about an incident in the most violent district in the City.  Aldermen could have asked about the impact of refusing to prosecute violent crimes or ask for bail for repeat and violent offenders. They refused. They could have asked why CCSAO is not contesting certificates of innocence for cold blooded murderers seeking to cash-in on the anti-police frenzy in civil court.  They opted against this. Instead of asking these critical questions, which are most important to the residents of the 11th District, aldermen wanted to know why they don’t audit search warrants the CCSAO does not write and doesn’t execute.

The officers conducting this warrant weren’t looking for a dime bag of heroin or a couple pieces of rock cocaine. They were looking to take a gun off the street in a crime-ridden community adjacent to what is arguably the most violent neighborhood in the country. These officers wanted to stop the next gang execution, the next drive-by, the next stray round striking an innocent child sleeping in their home. And they were willing to knock on a door and give warning to the person inside, whom they suspected was an armed man with a criminal past, that they were coming in. Police executed this search warrant to make the neighborhood a safer place in which to work, to attend school, to grow up. The officers involved were putting their lives on the line to protect the people who live in the 12th District.

No experienced officer would be surprised upon entry at the sight of a naked, screaming occupant. CPD officers see chaos, confusion, and yes, even nudity, on calls in houses, businesses, and on the street every single day.  As shocking as CBS clearly wanted the body camera video to be for viewers, one can be assured none of the officers on-scene, and none who have seen the news coverage since, were shocked one bit.  With all the media outrage, one would have expected to watch a video of officers acting violently, or at least crudely. However, the video plainly revealed there was no police abuse, no misconduct and no unprofessional behavior on the part of police officers. The video showed officers clearing an apartment to ensure safety, then trying to sort out the chaos. Police work is often chaos.

Anyone would feel bad for what Ms. Young experienced that night in 2019. Any family member of Ms. Young would have questions. No one would want her traumatic encounter broadcast to the world in the form of a video. Ms. Young’s attorney, however, is solely responsible for the decision for the video to be released to the public; his decision went against a judge’s order to keep the video under wraps. Maybe this attorney will still be held accountable by the judge in the civil lawsuit, even though the city seems to be willing to give him a free pass. Ms. Young will likely make a substantial payday and hopefully find significant peace and comfort in the settlement. It isn’t clear how many search warrants these officers have carried out, but judging by their professionalism, it’s likely quite a few. While much has been made of the meeting between Ms. Young and Mayor Lightfoot, if Ms. Young were to sit down with the officers involved in this search warrant and hear about all the ways these officers have tried to make her neighborhood safer, about the good and the bad in humanity they have seen, perhaps Ms. Young would have a deeper appreciation for these officers. That’s the meeting that should have taken place, long before the joint committee Punch and Judy show that occurred in the City Council.

After working tirelessly through a pandemic, riots and skyrocketing crime, Chicagoans should be proud of their police. Chicago residents should be proud of any officer willing to do his or her best, and to go through a door in hopes of taking that gun off the streets and improving the chances for the children in the 11th District.

Good luck finding one Chicagoan who is proud of our City Council. The Chicago Police Department and the residents of the 11th District deserve better.