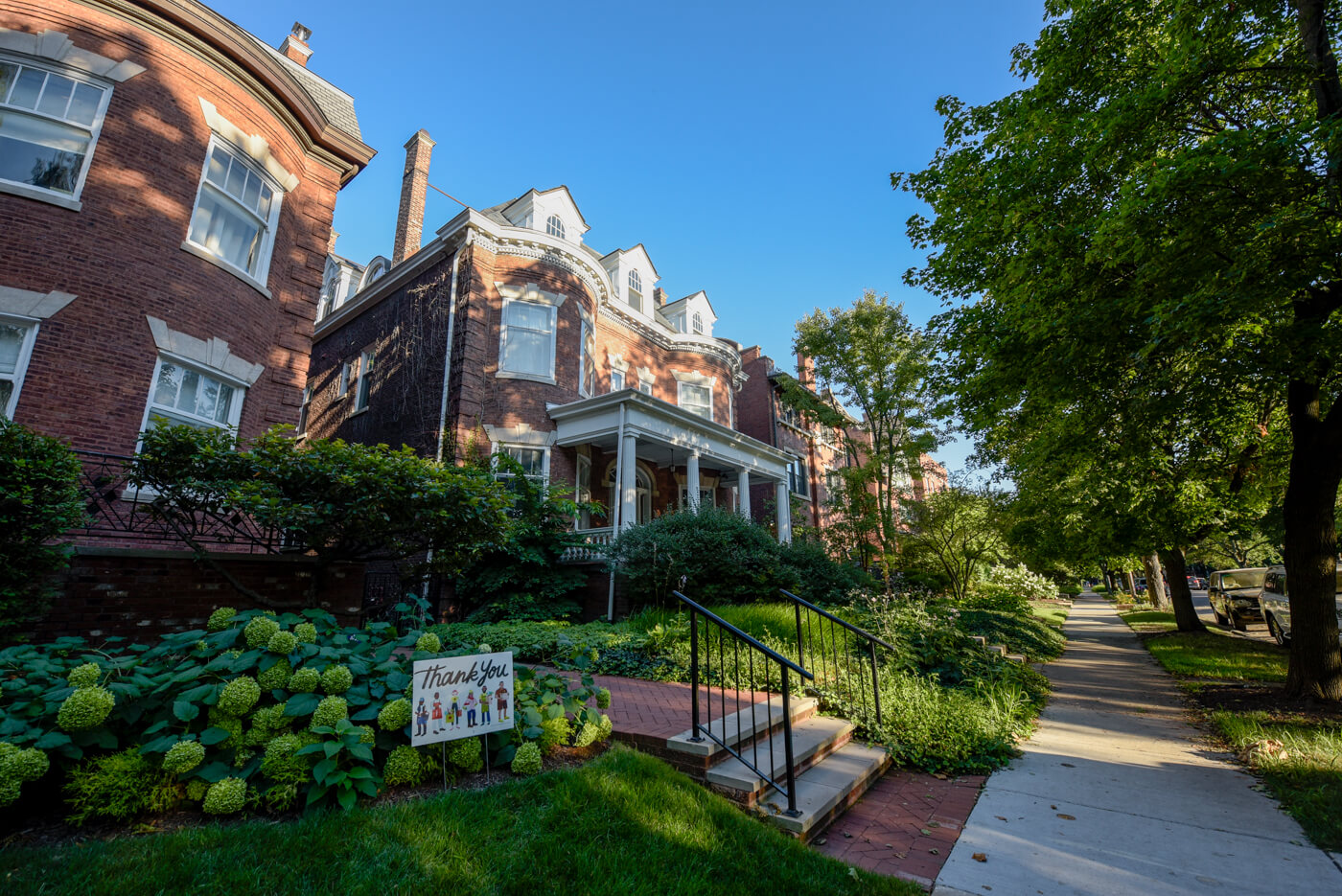 Lawmakers giving away the store at the expense of taxpayers.

It was a little more than three years ago when former 45th Ward alderman John Arena rolled out a proposal to build a seven-story, 100-unit low-income housing development in the heart of Jefferson Park at 5150 North Northwest Highway (5150).  An issue which frayed the bonds of the community, the debate over low-income housing has recently been re-ignited with a further proposed development plan for a 48-unit complex in nearby Portage Park at 6001 West Lawrence.  A plan introduced by Full Circle Communities, a non-profit developer of affordable housing which developed 5150, the site for the new Section-8 housing development rests on the boundary separating the 38th and 45th Wards, once again affecting Jefferson Park’s embattled residents.

For those with difficulty with short-term memory, the battle over Section-8 housing on the Northwest Side began in early 2016 with a plan to build an affordable-housing complex in the 36th Ward at 3655 North Central Avenue. A swath of land at the corner of North Central and Waveland Avenues which had sat vacant for a decade, under the proposal submitted by Full Circle, construction was to begin on a 55-unit development in the spring of 2017. Although Full Circle was eagerly anticipating approval of the proposal, the plan was shelved after 36th Ward alderman Gilbert Villegas was met with deafening cries of disapproval from residents at a January 2016 community meeting to discuss the proposition.

While it remains something of a mystery over how Full Circle and former alderman John Arena formed an alliance to usher in low-income housing to Jefferson Park, a rehashing of the folly begins with Arena submitting an application to re-zone 5140–5190 North Northwest Highway to B1–1 (Neighborhood Shopping) from M1–1 (Limited Manufacturing).  This occurred even as Barrington-based construction firm LSC Development was in the midst of building a storage facility at 5150.  A shady maneuver which invalidated LSC’s permit to continue work, Arena’s ploy provoked a six-month court challenge, which resulted in LSC submitting a new development plan for the property at 5150.  A tract of land purchased by LSC for $3 million in 2016, as specified by the court settlement, LSC would construct a five-story storage facility on parcel “B” of the lot at 5150.  The fate of parcel “A,” was left to Full Circle, which feathered LSC’s nest by purchasing the other half of the plot for $2.75 million in taxpayer dollars.

Though the plan was approved, and a new course charted for 5150, Mr. Arena had yet to present the bits and pieces of the proposal to his constituents.  As rumors wafted through the neighborhood Section-8 housing was destined for Jefferson Park, Arena demonstrated a rather feverish, sometimes volatile, personality online, impetuously pumping venom out at residents opposed to his plan on social media. Though residents expressed objection to the building’s height and neighborhood density, in a series of benighted posts from his official Facebook page, Arena slandered homeowners and branded opponents to his low-income housing plan curmudgeonly bigots. Shortly thereafter, Arena met face to face with residents at Branch Community Church on February 9, 2017.  Despite his pleas to residents to buy into his cheerful news of low-income housing introduced into the neighborhood, Arena clashed with those assembled and endured jeers throughout the evening.  A man who cries if you look at him sideways, following the scolding at Branch Community, Arena threw a hysterical fit at opposition to the plan for the remainder of his second term representing the ward.  With goodwill worn thin, residents, on the other hand, marshaled a campaign in opposition to Arena’s plan in which they implored lawmakers to intervene on their behalf, circulated a petition expressing objection to the plan which attracted 6,800 homeowners’ signatures, and resorted to litigating the matter. In the fullness of time, the lawsuit clinched a small victory for residents and forced a reduction in the height and units in the building.  Although Arena managed to push the plan for Section-8 housing through the Chicago City Council, 45th Ward residents did eventually enjoy a modicum of revenge by stripping Arena of power and tossing him from office in 2019.

Though residents will now be forced to watch from the sidelines as low-income housing is imported into the Northwest Side, there is another chapter to this patchy affair which has thus far escaped scrutiny.  While 45th Ward residents expended untold joules of energy to foil the seven-story building from overtaking a neighborhood recognized for its handsome bungalows and treelined streets, many residents of Jefferson Park, and by extension, residents of Chicago, are unaware their tax dollars are financing the development at 5150 and the proposed development at 6001 West Lawrence.  The fleecing of taxpayers, at the heart of this artful scam is a perfectly legal practice, the sale of “transferrable” tax credits used to endow the construction and maintenance of low-income housing.  Under the Tax Reform Act of 1986, the Low-Income Housing Tax Credit (LIHTC) was created to spur private investment in the development of low-income housing. Though it has helped provide shelter for the downtrodden, it is creating an enormous return at taxpayer expense for an unlikely sector, non-profits.

To fully grasp how taxpayers are being swindled, it is essential to remove the ramparts surrounding how the LIHTC functions.  A transferrable tax credit awarded by the Illinois Housing Development Authority (IHDA), applicants granted the LIHTC use the tax credit to raise capital to finance a development project.  Investors involved with developments such as 5150 and 6001 West Lawrence benefit from the tax credits for the reason combining tax credits and passive losses decreases an investor’s tax liability and provides the investor with a competitive market rate return.  For a non-profit such as Full Circle to realize an even greater gain, it is legally entitled to sell its transferrable tax credits awarded by the IHDA.  Unlike a tax deduction or non-transferrable credit, a transferrable tax credit allows a non-business entity such as Full Circle with minimum tax liability to sell a tax credit to a business entity with a tax liability.  However, for the purchase of transferrable tax credits to be appealing, the buyer, often large corporations steeped with significant debt, procures the tax credit under value, most frequently within a range of $0.70 to $0.95 on every dollar purchased.  The sale of transferrable tax credits, therefore, considerably reduces the buyer’s tax liability.  Nevertheless, the difference sustained during the sale of the LIHTC is a loss incurred by taxpaying residents of Chicago. Aggravating these circumstances is the fact the development project at 5150 North Northwest Highway was funded with $20 million in tax credits from the IHDA and $10.5 million from the City of Chicago against an estimated cost of $31,774,715.  Doubly insulting, the proposed development project at 6001 West Lawrence received $16.5 million in tax subsidies, with the City of Chicago dishing out another $1.63 million against a total cost of $16,542,743.  Figures which reveal taxpayers are bearing a substantial cost for both developments, some $47 million, if the resolution of Full Circle’s debt service is taken into consideration, based on today’s rent rates, in 20 years the non-profit’s cash flow from the property at 5150 is projected to exceed $1 million, and another $972,000 will be reaped annually from its asset at 6001 West Lawrence. Manna from Heaven, this pure profit, it is logical to assume, will be exempt from all federal taxes under section 501 (c) (3) of Internal Revenue Service code, for Full Circle is, of course, a non-profit organization.

Jefferson Park may have been liberated from John Arena, but its luckless residents are continuing to pay the price of his two terms in the Chicago City Council.

Though providing housing for low-income persons remains the subject of much controversy, it is an economically viable business for firms which claim to be performing humane work.  Charity work for profit, the sale of transferrable tax credits is a tawdry device in which taxpayers are bilked to finance low-income housing.  A racket, the misuse of the LIHTC is a device in which Full Circle and its parent, Banner Real Estate Group, enriches itself on tax dollars while operating under the veneer of philanthropy.  As troubling as the mistreatment of the LIHTC is, what is remarkable is how weak the political response has been.  When resistance to the second development at 6001 West Lawrence arose in the Chicago City Council, Mayor Lightfoot and Alderman Tom Tunney (44), chair of the zoning committee, stifled debate and suffocated residents’ voices. This refusal to hear dissent flung open the gates to allow development at 6001 West Lawrence to proceed without input from those residents most affected.  Worse, neither development provides any direct benefit to either residents or the neighborhood:  No assurances of further business development for the area will result from the construction of either building and despite commitments from city officials, some residents moving into the completed buildings were previously quartered in residences managed by the Chicago Housing Authority.

An elaborate con game, all of this is enabled by lawmakers who, with a cynical and mercenary attitude toward taxpayers, gleefully allow the principles of corporate influence or non-profits prevail over the preferences of taxpayers who pay the city’s and state’s bills.  The result of dubious deals, questionable relationships between politicians and developers, and legislation riddled with carve-outs, giveaways, and loopholes, this, unsurprisingly, contributes to the creation of a multi-billion-dollar avalanche of debt, which neither the City of Chicago nor the State of Illinois can possibly afford.