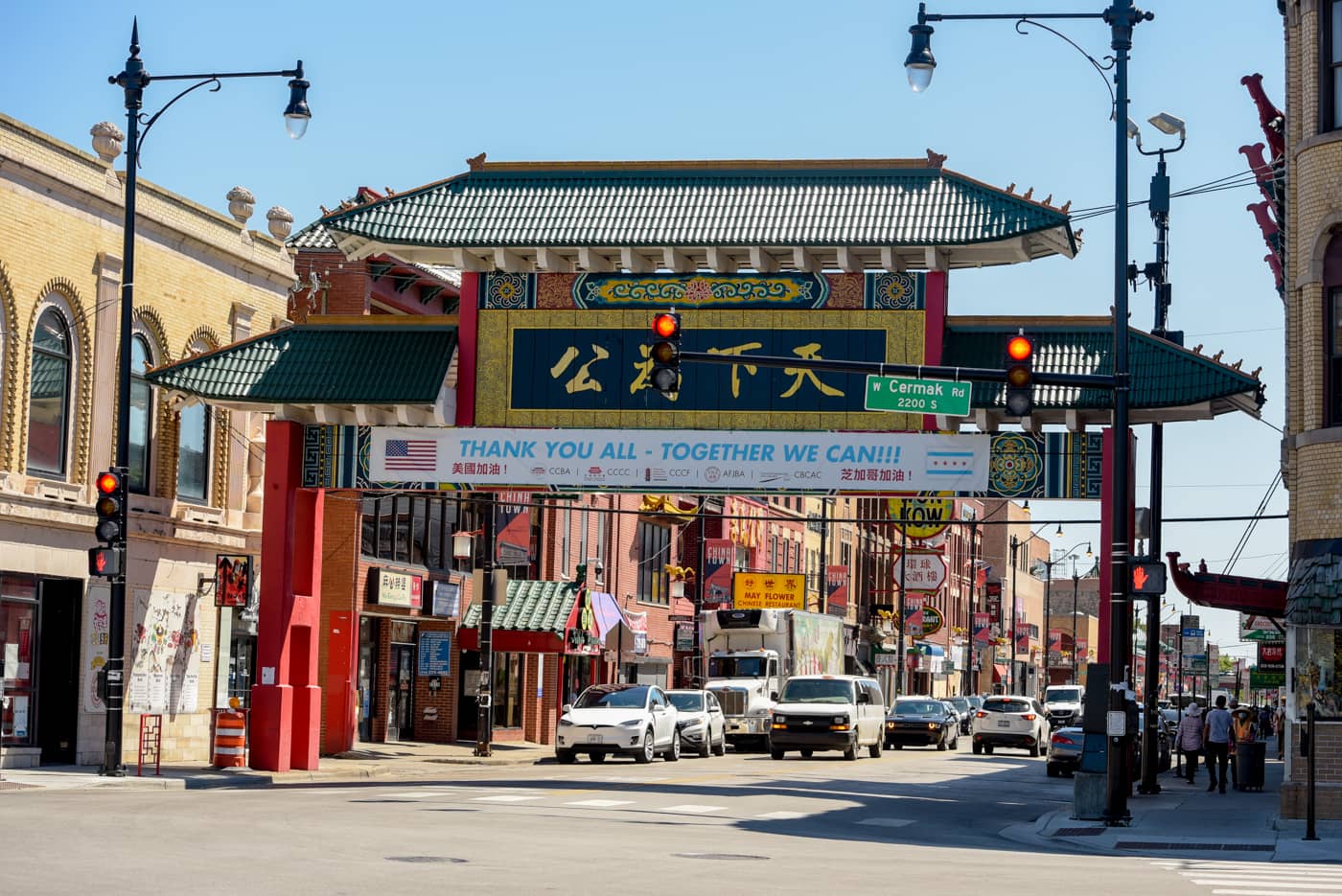 Looting a special TIF district to pay for equity

Since the opening of the Dan Ryan Expressway in 1961, talk of extending the Chicago Transit Authority’s (CTA) Red Line south of 95th Street has been a point of discussion.

Part of a plan to reshape transportation in Chicago, after the opening of the 95th Street transit in 1969, then-Mayor Richard J. Daley vowed to lengthen the Red Line further south beyond 95th Street. From that time, however, Chicago has seen the city’s rapid transit network expand elsewhere, but the long-sought plan to extend the Red Line has stalled.

For the first time in decades, there has been real movement on the possibility of a Red Line extension becoming reality. Originally, the project — known as the Red Line Expansion (RLE) — was given a price tag of $2.3 billion, but estimated costs have since ballooned to over $3.7 billion.

Currently, the Red Line ends at 95th. The now projected $3.7 billion project would extend the line from 95th Street and add a total of four stops: 103rd Street, 111th Street, Michigan Avenue near 115th Street, and at 130th Street.

Funding for this project has become a particularly contentious issue. The City of Chicago anticipates that $2.2 billion will be provided by the Federal Transit Administration (FTA) through their Capital Investment Grants Program. The remaining cost is expected to be paid through the sale of bonds, other grants, and most importantly, the creation of a new Tax Increment Financing (TIF) district.

A TIF, in simple terms, is a geographical area of the city with imposed boundaries that is selected to have their tax growth placed into an account to fund development projects within the set district. In this instance, TIF funds are slated to specifically fund the extension of Red Line south of 95th Street. A proposed TIF under consideration to fund the RLE would stretch from Madison Street south to Pershing Road (39th Street). The district boundary would run approximately half a mile from east to west each way and excludes existing TIF districts.

An oddly shaped TIF district, its location is every bit as unusual: The proposed district subsidizing the RLE holds the people of Bridgeport, South Loop, Fuller Park, and Chinatown responsible for funding improvements that yield the most benefit for residents in Pullman, South Deering, and Roseland. In other words: The proposed TIF district is siphoning money from individuals and businesses who would not benefit from any extension of the Red Line.

To illustrate why the creation of the new TIF district that Mayor Lori Lightfoot proposes to fund the RLE is unorthodox, it is constructive to compare it to the TIF subsidizing Chicago’s massive South Loop development, the 78 Project. A 62-acre plot of land located between Roosevelt Road and 18th Street, its east-west boundary borders the Chicago River to the west, while Clark Street, forming its east margin, ends at South Clark.

The 78 Project is expected to include new homes, commercial and recreational spaces, and with it, a demand for a new school, roads, and parks. This $7 billion project is estimated to see the construction of 10,000 homes, bring 24,000 jobs, and an additional Red Line stop.

With this South Loop development, massive amounts of tax revenue is expected to flow in, ready for the taking to fund Mayor Lightfoot's failed legacy. Though existing TIFs are excluded from the TIF designed to fund the 78 Project, the assumption is that the 78 Project will spur economic development around the South Loop and Chinatown area, thus bolstering the proposed Red Line TIF.

In turn, the additional tax revenue will augment a project miles away and place the onus of cost for the RLE exclusively on residents residing within the South Loop 78 Project when those excess TIF funds should, and legally ought to, be used to pay for other city obligations or other building or improvement projects within the realm of the 78 Project, specifically projects in Bridgeport, the South Loop, and Chinatown.

If Lightfoot’s plan to create a TIF for the RLE is realized, residents living in the district that it draws from will not benefit in any manner. In point of fact, residents living inside the boundaries of the78 Project will be waving goodbye to every penny they are entitled to.

The argument at hand is not that a transit infrastructure should not be modernized or improved, nor that we should not have more accessible transportation options. The argument is not that a TIF district should not be established. The point of contention is that the residents who are going to finance the proposed TIF district are residents who stand to gain minimally, if at all, while absolving others of burden who contribute nothing and stand to benefit substantially.

The problem lies with the fact the proposed TIF district is not even a shared burden but is the looting of a proposed TIF funded by residents in Bridgeport, Chinatown, and Bronzeville to be used for ongoing development projects in an area 15 to 20 miles away for the next three decades while capturing $950 million of tax growth in the area.

Under the plan to extend the Red Line, the proposed TIF district encompasses five Wards, two of which are led by Aldermen Pat Dowell (3) and Brendan Reilly (42). Dowell has expressed reservations with the project, but has remained uncommitted to supporting the creation of the TIF district needed to finance the RLE.

A passionate opponent of the proposed TIF district, Reilly, on the other hand, has sounded his opposition in public, particularly over safety concerns on the Red Line:

‍"The system is unsafe. There is crime occurring on Red Line trains at all hours of the day. Family Services is just now…engaging with members of our homeless population to offer services. They’ve been ignored on these trains for years now. God bless the folks on the South Side. I’m not sure they’re gonna want to get on that new train stop where we’re at now."

‍Crime on the CTA has been a flashpoint since the beginning of the COVID-19 pandemic. With Red Line crime on the upswing, ridership has suffered significantly. In July, the Red Line recorded 3,464,671 riders year to date compared with 7,477,019 at the same point two years earlier at the onset of COVID shutdowns.

A transit line that runs uninterrupted from Howard Street on Chicago’s North Side along a 26-mile route to the 95th Street Station on the South Side, both riders and residents have recently been exposed to numerous acts of violence. According to the Chicago Sun-Times, the CTA has experienced 488 violent attacks through July 19, the highest total since 2011 when the CTA recorded 533 violent crimes in the first six months of 2011.

According to a CBS2 analysis, the South Branch of the Red Line accounted for one-third of all violent crime on the CTA. In some instances, these crimes have been recorded on video and gone viral on social media. Only recently, video showed a man being beaten with a bottle by two miscreants while riding the Red Line in September. In March, a CTA worker was caught on video shooting a man with whom he had scuffled at the 95th Street Station.

Scores of other news reports have recorded violent incidents on the Red Line and include beatings, shootings, stabbings, and robberies. Victims and witnesses to those crimes have recounted stories of random violence, open drug use, the menace of vagrants, and sex acts performed on platforms and inside train cars. Rather than address the giant elephant in the room, Mayor Lightfoot is determined to ignore daily hazards on the CTA and appears to be intent on pursuing the RLE. This will only provide more turf for criminals to seize upon and continue to victimize the hard-working people who use the CTA.

This proposal to extend the Red Line can certainly be a boon for the working people of Chicago. Extending the Red Line would create jobs, help lift existing businesses on the South Side, and possibly help encourage economic development in the area. However, if the RLE project is to be completed, it should be funded by all Chicagoans rather than robbing a segment of the population and diverting property tax revenue increases over the next 30 years with no tangible benefit to the taxpayers.

It's fiscally irresponsible and an egregious injustice to deprive a small group of citizens of incremental real estate tax revenues so Lightfoot can claim a political victory and quite possibly the only improvement in Chicago during her disastrous tenure. Naturally, aldermen beholden to Mayor Lightfoot, such as Lightfoot-appointed 11th Ward alderman Nicole Lee, have been silent about an issue affecting droves of her constituents. A reasonable person would expect their alderman to be outspoken about the likely loss of up to $1 billion and enraged with the prospect of lost tax revenue for development projects, yet Lee has chosen the passive route and remains uninvolved in the proposal.

The establishment of the TIF is scheduled to be heard by the Committee on Finance in December. Though a new arrival to the City Council, Alderman Lee is seated on the finance panel. To demonstrate she truly represents the interests of the 11th Ward, Lee should oppose Lightfoot’s plan. The proposed TIF district is expected to pass with little opposition, unless a sufficient number of mettlesome aldermen put the interests of their constituents before submitting to Mayor Lightfoot’s demands.

Responsible stewardship over a ward requires courage. The question remains if enough aldermen have the resolve to oppose Lightfoot and to demand that the mayor abandon misusing a device that is specifically intended to finance projects within a specific boundary for development of a specific community.

If Lightfoot seeks a political victory and one that can help boost residents and enhance neighborhoods, she should do it legally, with transparency and public input. If Mayor Lightfoot were a responsible, competent leader, she would feel obliged to cite principles or aims in explaining her proposed TIF district policy to citizens. Instead, the mayor spouts off about “equitable investments” that supports a stronger Chicago for all. Ironically, Lightfoot’s plan to loot the proposed TIF district to pay for the RLE will drain Bridgeport, Bronzeville, South Loop, Fuller Park, and Chinatown residents of tax dollars that would benefit working-class residents living in those communities. So much for Lightfoot having the backs of the middle class.

TIFs are a creative way to fight urban blight; they should not be abused. Yet, while the mayor sounds off about “equity,” she ignores the danger in the creation of the special TIF to fund the RLE: It could lead to a terrible trend of misuse of TIFs in the future. This is something all Chicago would come to regret.

Instead of expanding the Red Line, Lightfoot should support South Side residents and suburban Chicago by working to improve Metra service to the same areas.

Instead, the mayor seems fixed on imposing a debt on the working taxpayers of Bridgeport, Bronzeville, South Loop, Fuller Park, and Chinatown, and is seemingly comfortable in doing so. As is often the case under Lori Lightfoot, the proposed TIF to fund the RLE is taking from Peter to pay Paul, and it does a disservice to everyone in Chicago.