Tribune to Chicago: Don’t Mess With Our Kim Foxx 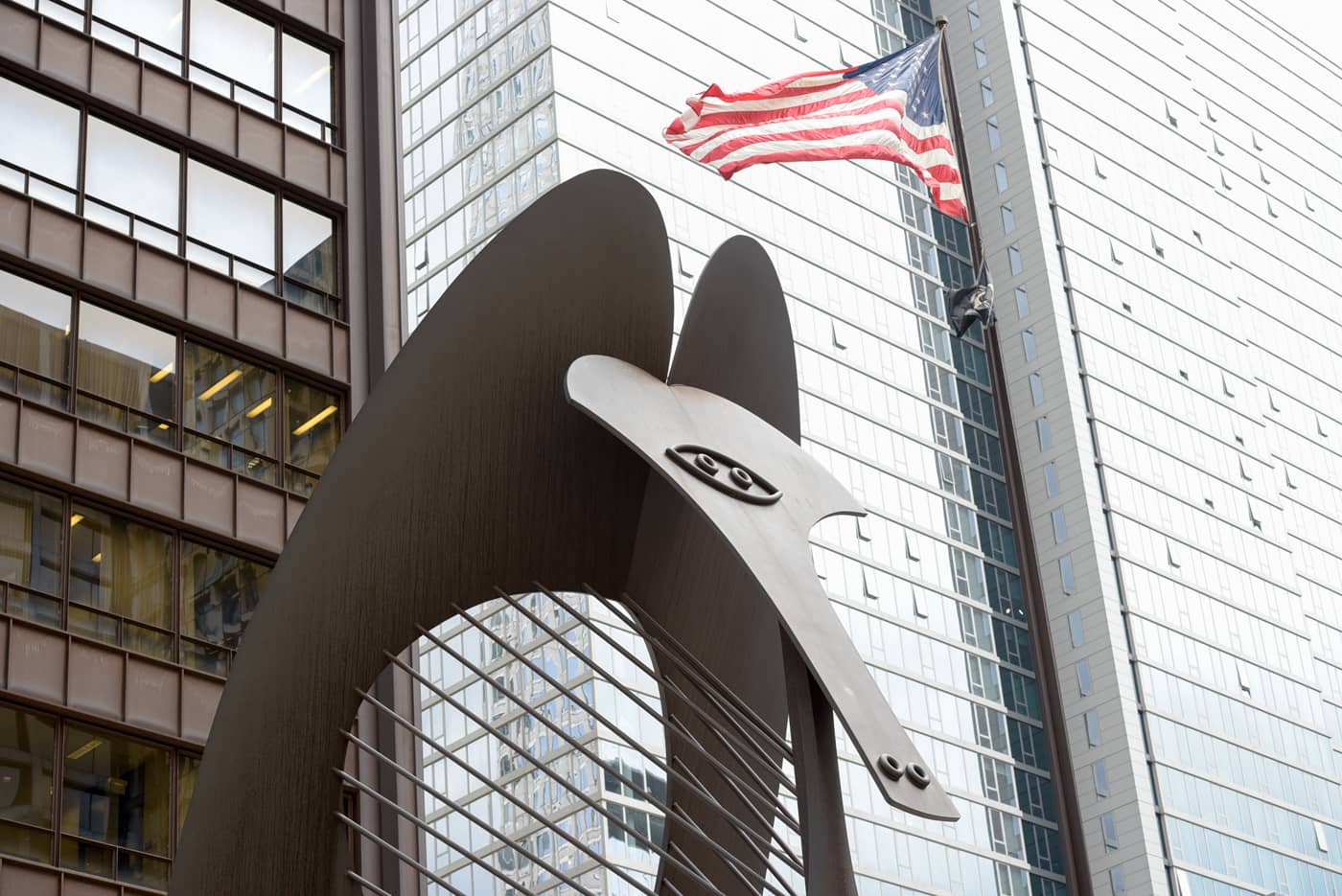 Chicago Tribune reporter Megan Crepeau made an important announcement last week about the future of Chicago media and the fate of the city following the successful recall of San Francisco District Attorney Chesa Boudin.

Crepeau’s announcement was simple: The Chicago media will not tolerate the kind of backlash against Cook County State’s Attorney Kim Foxx that led to Boudin’s ouster in San Francisco, no matter how severe the crime in Chicago becomes or how sinister the level of corruption is reached in Foxx’s office.

An announcement necessarily couched in Crepeau and the Tribune’s usual social justice and police accountability blather, the article alleging misconduct against former detective Reynaldo Guevara only betrays the depths into the ideological fantasyland both Crepeau and the Tribune have fallen and what has guided their journalists for the last four decades.

The Guevara cases are not in truth narratives about police corruption. Rather, they are the greatest example of corruption among prosecutors serving in large American cities. Often referred to as “The Progressive Prosecutor Project” by conservatives, according to Josh Hammer, it’s “a sprawling, George Soros-funded national movement to elect prosecutors who don’t . . . prosecute (or incarcerate).”

In Chicago, and under Kim Foxx, it is far more than just a refusal to prosecute. Here, in Chicago, convicted killers are granted freedom by the likes of Foxx under the flimsiest excuses, even when Foxx’s own top prosecutors state under oath they believed the offenders are guilty of the crimes. While George Soros-backed prosecutors are lambasted in other cities and face recall or recall ballot initiatives such as in San Francisco, Crepeau steadily pushes the exoneration mantra advanced by Kim Foxx’s office. That Crepeau continues to doggedly push the validity of exonerations is a signal that no matter how dubious the circumstances surrounding the case or how questionable Foxx’s conduct appears, Crepeau and her pals in Chicago media will continue to have Foxx’s back.

In the latest nonsense forwarded by the Tribune, Crepeau recounts in a June 9 article the claims of two men, brothers Juan and Rosendo Hernandez, alleging that they were framed for a 1997 murder orchestrated by ex-detective Reynaldo Guevara. It’s an article so formulaic, Crepeau and her Tribune comrades could have cut and paste from virtually hundreds of others on the same subject. Both Juan and Rosendo Hernandez are hoping to be granted a new trial. Even though the likelihood prosecutors would retry the case are slight, should the Hernandez brothers begiven a new trial, it would doubtlessly be awarded in no small measure to media pressure applied by Crepeau and other figures in Chicago media.

A primary reason for the possibility the Hernandez brothers could receive a new trial rests with Foxx’s corruption. Unlike Foxx’s predecessor, Anita Alvarez, who shrugged off exonerations claims as ridiculous, and whose prosecutors believed the convicted men were guilty, Foxx began pushing the exoneration narratives against Guevara immediately after taking office. The truth about Guevara is that he is little more than another unfortunate former cop who is the latest target of the exoneration mythmaking machine so central to Chicago journalism and progressivism. A trade, the exoneration industry has now become the city’s most prosperous and preposterous industry and may very well cost Chicago taxpayers as much as $1 billion in legal costs and settlements. It’s a movement so entrenched in Chicago and so costly, comparisons to Venezuela can’t be far off.

To understand the progressive stranglehold on Chicago, particularly the grip applied to the city by its media, a deep dive into the distant connections of 1960s terrorist groups to the city is required. Much has been made, for example, about the fact that recently dethroned Boudin’s biological parents, members of domestic terrorist group Weather Underground, took part in a 1981 armored car robbery along with Black Liberation Army members. During the course of the robbery, three people, two police officers and a security guard, were murdered. Kathy Boudin and her boyfriend David Gilbert were sentenced to prison for their role in the crime. Their Weather Underground buddies, Bernardine Dohrn and Bill Ayers, adopted Chesa and raised him throughout the years Dohrn and Ayers magically transformed themselves from terrorists to mainstream intellectuals and professionals.

But Chesa Boudin’s mother was involved in another key terrorist event a decade earlier than the New York robbery, one tied to Chicago is a chilling manner. In 1970, Kathy Boudin and several other Weather Underground members accidentally blew themselves up in a New York townhouse as they were making bombs for a terrorist attack against military personnel. Three Weather Underground members died. The incident set off alarms and alerted the FBI and the Nixon White House, which was growing frustrated with the FBI for not focusing enough attention on domestic terrorism.

Had the inept bomb makers had not blown themselves up, they might have killed hundreds or thousands of people. Later, the FBI was assailed for using investigative methods — the wire tapping of phones and opening of mail without a warrant — against the Weather Underground and the Black Panthers that were deemed illegal. Top FBI officials were convicted for these actions, but the New York explosion fed a sentiment all the way up the Nixon administration that these groups posed such danger to the public that the illegal measures were legitimate based on the threat they posed. On top of that, these groups were calling for violent revolution and openly praising communist countries and leaders.

What ties this New York explosion to Chicago? Consider this: Two of the Weather Underground members present in the New York townhouse along with Chesa Boudin’s mother, Kathy Boudin, were Ted Gold and Cathy Wilkerson. Wilkerson and Gold spent the night at a Chicago attorney’s house a week before the explosion. Gold and Wilkerson had traveled to Chicago to attend court hearings for their role in Chicago riots the previous summer, now called the Days of Rage. The presence of two Weather Underground members in Chicago while they were hatching plans for a massive bombing is recounted in a bizarre book, “The Assassination of Fred Hampton,” by a founding attorney of the law firm People’s Law Office (PLO). The attorney, Jeffery Haas, recounts in the book the fact that the terrorists crashed on his couch.

"On March 6, 1970, three Weathermen were killed in an explosion inside a townhouse in Greenwich Village in New York City, when a bomb they were making accidentally detonated. Ted Gold, who was killed, and Cathy Wilkerson who was reported fleeing, had stayed…with me a week before when they came to Chicago for their court dates. The war had come home."‍

The war had come home indeed, and in many ways Chicago was ground zero, for the passage highlights the strong alliance and intimacy between the domestic terrorist group at their height of their violent intent with Haas, a member of the People’s Law Office.

These were the early days of the PLO, when it was just a fledgling law firm. At that time, the main focus of the law firm was to represent the families of two Black Panthers, Fred Hampton and Mark Clark, both of whom were shot during a raid on a Panther stronghold by Chicago police in December 1969.

Haas’ books itself is a self-aggrandizing, pathetic narrative never rising above a stale ideological rant. Its willingness to ignore whole swaths of evidence and contrary narrative makes it a nauseating read, but it is invaluable for one key reason. Haas’ recounting of this seminal era lays out the close connection between some radical lawyers in Chicago and the most extreme political groups from the late 1960s. Haas’ book also reveals the strategies developed by the PLO in the late 1960s that now dominate Chicago in a way unlike in any other major city in the United States. Even with its meager beginnings defending members of the Weather Underground who crashed on their couches, today the PLO has grown to be among the most powerful institutions in the city. They have freed dozens of convicted killers by claiming police misconduct. All this sprung from defending the Black Panthers in the 1960s.

Within this strategy to undermine the justice system lie three tactics, the first of which is moving legal cases out of the courtroom to be tried in the media. A second ploy is finding “useful idiots” in the media to push their narratives unquestioningly (enter Megan Crepeau). And the final tactic of getting activists aligned with their destructive cause recast in the public arena as traditional liberals when they are in fact raging activists like 1960s forebears. No one epitomized this last transformation more than Chesa Boudin’s adopted parents, Bernardine Dohrn and Bill Ayers, who, despite calling for the murder of “the pigs,” detonating bombs and allying themselves with some of the worst monsters in the last century, recast themselves as honorable academics in Chicago, where — get this — they educated the youthful elite.

The engine powering the exoneration movement was developed at the PLO. In many ways, Kim Foxx is the movement’s crowning achievement, proven not only by her policies, rhetoric and political backing, but her wholesale willingness to engineer the release of convicted killers from prison on the flimsiest claims, like those tied to former detective Ray Guevara. Foxx did as much despite the fact top prosecutors working under her publicly admitted they believed the so called exonerated men were in fact guilty.

Chicago is much farther along the road to oblivion than San Francisco. In the face of all the corruption and scandals exploding around Foxx, including a recent visit by the Flossmoor Police Department responding to allegations she struck her husband, Crepeau’s article about yet another dubious exoneration arising from Guevara is a clear message to everyone in Chicago aching for the kind of reform San Francisco just imposed: