Where Are Your Precious Civil Rights Now? 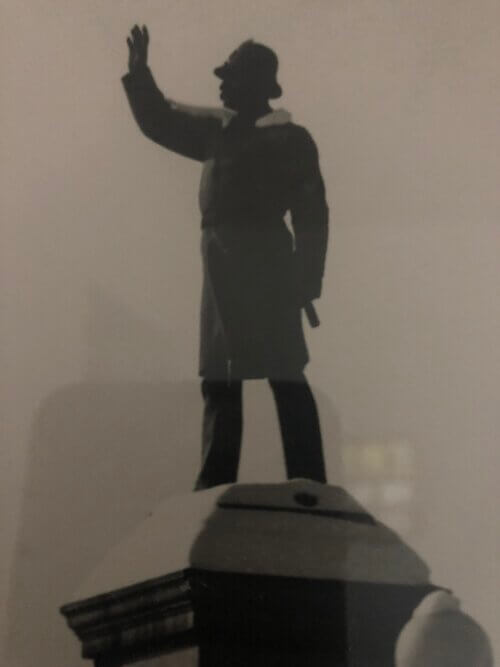 With likely hundreds of millions to be raked in from the taxpayers in a purported quest to restore constitutional policing in Chicago, several recent crises are quickly revealing that the consent decree imposed upon the Chicago Police is one of the greatest frauds ever perpetuated on the city.

And it’s about time those who created it and oversee it, like court-appointed special monitor, Maggie Hickey, be held accountable.

Even in its gestation, anyone with any political sensibility could see the move to impose a consent decree on Chicago had nothing to do with the Constitution and everything to do with the politicization of the Justice Department under President Obama and his lackey attorney generals. As the DOJ under Obama announced an investigation into the police on the claim that officers regularly violate constitutional rights, the report revealed no methodology or serious statistic gathering, just the usual collection of arbitrary numbers and anecdotes manipulated to claim the police are racist because they are more active in certain minority communities than others.

The report conveniently left out the crucial fact that the increased police presence was a response to increased violent crime. Rather than conduct a fair, circumspect investigation, the DOJ report employed the race card that has become the sole bargaining chip of the political left, particularly Obama’s administration.

“A week before Inauguration Day, President Obama’s Justice Department released a shoddy report declaring the Chicago police guilty of a pattern of unlawful force. That report lacked the most basic statistical integrity and transparency; it failed to disclose any data that justified its conclusion. The feds recycled fabricated calumnies about the department, such as the outrageous claim that officers in Chicago do not care about solving black-on-black crime. It found police racism through the usual trick of ignoring crime rates.”

But Obama’s administration had little to worry about by such pesky dilemmas like substance, evidence, and fairness in their crusade to criminalize the police and place them all under the aegis of his federal authority. After all, Obama, Eric Holder, and Loretta Lynch appeared certain that Hillary Clinton would be elected president. Therefore, any serious questioning about the witch-hunt against the police they were creating would likely not only be ignored by a Clinton administration, but built upon.

Trump’s victory upset it all. And here is where the fraudulence of the DOJ investigation most revealed itself.

Sensing that Trump would never appoint an attorney general who would go along with such a blatantly false and baseless investigation and that Trump does not hold the hatred of police and prosecutors that reverberates among Obama’s progressive left—in particular the progressive bureaucrats he stacked in the DOJ during his eight-year reign—the DOJ rushed to finish the investigation before Trump was sworn in.

Nevertheless, Attorney General Jeff Sessions rejected the need for a consent decree after he took office:

“These lawsuits undermine the respect for police officers and create an impression that the entire department is not doing its work consistent with fidelity to law and fairness, and we need to be careful before we do that.”

Such as, conduct an actual investigation?

Enter two of Chicago and Illinois’s biggest political hacks, then Attorney General Lisa Madigan and Mayor Rahm Emanuel. Bowing to the progressive political machine that gave their careers birth and hid their rampant failure to accomplish little if anything as public servants, the two spewed the anti-police mantra and, in what was no doubt a classic Chicago backroom deal, filed the lawsuit in federal court that would pave the way for the consent decree to take shape, all but guaranteeing the police will be handcuffed for years to come and framed with false charges, while violent crime is certain to remain high.

The special monitor, Schiff Hardin LLC’s Maggie Hickey, was appointed by a federal judge. For all the blather about civil rights and constitutional policing, the consent decree is in truth a lottery victory for Hickey and her law firm. Situated on the higher floors of the Willis Tower with views out all across the city, the special monitor position guarantees a vast influx of money to Hickey and Schiff Hardin for years to come, all paid for by the taxpayers.

On several occasions, Hickey has gathered a multitude of experts from all over the country in one of the law firm’s large, luxurious conference rooms, the conference so congested with “experts” on a multitude of police and constitutional issues it resembles a NASA control room, with each one of these experts getting paid from the money allotted to the consent decree from a city already swimming in debt.

So what? Can anyone truly put a price tag on constitutional policing?

Early on in Hickey’s meetings with the Fraternal Order of Police, the agency that represents the police and whose members hold a deeply suspicious, if not dire, view of Hickey and her crusaders, she was confronted with the overwhelming evidence that police are regularly falsely accused, that the city’s oversight agencies are completely biased and corrupt, and that scores of killers have been released from prison on false claims of police misconduct.  Responding, the self-righteous Hickey shrugged off immutable truth off as a nuisance claim by an exasperated police force.

After all, lawyers know more about the Constitution than police do, right?

Well, two elephants have made their way into Hickey’s law firm in the form of two catastrophes unfolding nationally and locally. These elephants are proving that the most cynical cops were right about Hickey and her lucrative consent decree.

The first catastrophe is unfolding back in Washington. Remember the Department of Justice that conducted the investigation of the CPD to begin with, the one under Obama? Well, it’s facing some pretty dire accusations as evidence mounts that top members of that institution generated what they knew was bogus evidence to get a warrant to spy on a political enemy, as part of an overall strategy to unseat a sitting president. Included in those accusations were the claims that top DOJ officials framed General Michael Flynn, a highly decorated military and public servant, with false criminal charges.

Kind of like when the members of the FOP told Hickey that highly decorated police officers were being framed with false charges in Chicago? Kind of like when police and experts on police reform like Heather Mac Donald complained the DOJ investigation of the CPD was a sham built on multiple fabrications and outright falsehoods?

So much evidence of corruption in Obama’s DOJ is emerging that a true public servant, a true crusader for the Constitution, would stop for a moment and ponder publicly if the DOJ investigation of the CPD was itself another manifestation of the corruption that raged throughout the Obama administration.

You know, a pattern and practice, the argument Hickey and her NASA staff are ostensibly addressing about the police?

Nevertheless, another catastrophe is far worse for Hickey. During the COVID-19 pandemic, elected leaders in Chicago and Illinois have imposed restrictions on citizens that violate several tenets of the Constitution. Even after the governor’s emergency powers expired, Governor Pritzker and Mayor Lightfoot continue to impose limits that violate citizens’ right to assemble and right to practice their religion, and have closed off whole sectors of the economy even as evidence mounts it is not necessary.

These restrictions are being challenged in the courts downstate. Even the DOJ—the Trump DOJ—recently jumped in.

“The U.S. attorney general’s office filed a statement of interest in the case of Downstate Republican state Rep. Darren Bailey, writing, “Plaintiff has set forth a strong case that the Orders exceed the authority granted to the Governor by the Illinois legislature…”

“The Department of Justice issued a statement that the intervention was part of Attorney General William Barr’s initiative “to review state and local policies to ensure that civil liberties are protected during the COVID-19 pandemic.”

And who is being called on to impose these restrictions by Pritzker and Lightfoot? The Chicago Police. That’s who.

Well, thankfully we have a multi-million-dollar, newly created consent decree and special monitor that will stop such constitutional abuses right in its tracks, right? After all, this is exactly why Maggie Hickey was appointed to her position. No doubt her phone is ringing off the hook from all her experts furious that such measures are being taken in Chicago.

Here’s what is particularly compelling about these crises. Who is speaking out about these alleged civil rights abuses? The police, that’s who. Police unions, blogs, and officers throughout the country and in Chicago particularly are raging against officers being used to enforce these policies that have not even been passed by legislators and have not even cleared the courts.

So where is Ms. Hickey? Where is the control room of her vast collection of constitutional and civil rights experts now? Why are they not joining hands with William Barr, the DOJ and the FOP to question why the Chicago Police are being used in such a manner to limit the rights of people to attend church, to assemble, to run their businesses?

Why isn’t Ms. Hickey holding a press conference at her fancy law firm in the Willis Tower? Where is Craig Futterman, the anti-police activist from the University of Chicago who is always groaning and filing lawsuits about the police allegedly violating civil rights? Where are Chicago’s so-called journalists, the ones who compose an almost weekly article or broadcast about the police violating rights?

Two ongoing crises are showing the country that critics of the consent decree were right all along. It was never about constitutional policing. It was a political scam from the outset. It will lead to more injustice and cruelty in the city as it handcuffs the police, leading to more violent crime against the most vulnerable residents in Chicago.

After these crises subside, the consent decree attorneys, journalists, and activists will come out of the woodwork, never mentioning the possibility that the creation of the consent decree was another DOJ scam under Obama, just like the framing of General Flynn and the obtaining of a false warrant to spy on an elected official. They will never address the possibility that the police are being compelled to violate the civil rights of citizens in the midst of this pandemic.

And at that very time, social justice will return to the Crooked City.