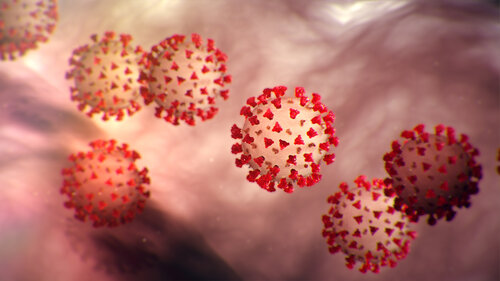 Despite the fact that Chicago police officers are playing a vital role in the city’s battle against the pandemic of COVID-19, Chicago’s progressive movement has continued its unrelenting war on Chicago’s all-important first responders.

A war that has seen some perverse twists and turns in the last few weeks, against the backdrop of the coronavirus pandemic, officers are still working despite a considerable risk of exposure, even when their co-workers are testing positive.

At the top of the progressives’ ongoing crusade with police is a unanimous decision by Mayor Lightfoot’s own Chicago Police Board to dismiss two police officers for a 2016 incident where the officers fired at a stolen car driven by a career criminal on the South Side. The offender, Paul O’Neal, was part of a gang that was stealing luxury cars in the suburbs and using them to commit felony crimes like carjacking and drive-by shootings.

One of the officers believed O’Neal was about to run over his partner, transforming the stolen vehicle into a deadly weapon. The partner fired at the driver, but missed. Later, during a foot chase, the offender was killed when a second officer believed O’Neal was reaching for a weapon. That O’Neal died is largely the result of his own actions.

Lightfoot, the former president of the institutionalized police witch hunt known as the Chicago Police Board, dutifully rubber stamped another COPA “investigation” of the matter and, just like that, two heroic police officers, both of whom volunteered to serve in the armed forces after the September 11 attacks, had their reputations and careers destroyed after an agonizing hearing that last several weeks.  A kangaroo court, the police hearing was complete with a “judge” who clearly made up her mind before any pesky evidence exonerating officers got in the way, and an outside attorney hired by the city who unleashed a tsunami of baseless accusations against the officers for the split-second decision the pair made while trying to protect Chicagoans from yet another group of maniac criminals robbing, stealing, shooting, and using a car to run over police officers.

And on and on it goes. Now the city’s civic institutions are all commanded by or under the influence of progressive zealots united in waging war on Chicago’s blue-shirted first responders. In doing so, there is no law guiding the city in the sense that rules are applied evenly and fairly. The law has transformed into progressive political weapons.

To fully understand what Chicago Police officers withstand, it is important to consider what is taking place elsewhere in the city:

The anti-police Chicago Office of Police Accountability (COPA) believes that an officer defending himself against a baseball-bat-wielding assailant should be fired, but a politically connected supervisor who shot an unarmed autistic boy should remain with the department.

The anti-police Office of the Inspector General (OIG), led by the oafish Joe Ferguson, believes a sergeant who forwarded a report incidental to the shooting death of an armed Laquan McDonald should be terminated, but a group of politically connected promotional examination cheaters should be allowed to take over the upper echelons of the department.

The anti-police Grassroots Alliance for Police Accountability (GAPA), a falsely named group that has proposed yet more police oversight, recently got the nod from Mayor Lightfoot for its plan for control over the department to proceed in the City Council. Even more radical, biased and incompetent than the bumbling bureaucrats that comprise the Chicago Police Board, GAPA has nothing to do with any grassroots movement. Instead, it is funded by sordid foundations flush with money intended for so-called "progressive" causes.  A dangerous plan, GAPA’s supporters maintain that a board of like-minded adults and youths should be entrusted with writing the Chicago Police Department's policies and procedures.

Then there is the alliance between government and the most dishonorable enterprise in the city:  Chicago’s biased media.  A public treaty of friendship and cooperation existing between the two, even as the city braced for the pandemic with police manning the front lines—as the canaries in the coal mine, so to speak—the Chicago Sun-Times refused to take a break from their anti-police diatribes, running an insidious editorial co-written by University of Chicago Law Professor Craig Futterman and Northwestern Law Professor Sheila Bedi about the need for the Mayor Lightfoot to impose the most radical version of the proposed GAPA ordinance.

A key player in Chicago’s anti-police movement, Mr. Futterman is a talking head the Sun-Times often turns to for the sake of maintaining the “police are racist torturers” mythology upon which the city’s journalism machine has been built for the last three decades. There is little the Sun-Times, or the Chicago Tribune for that matter, won’t do to maintain this mythology, no evidence that a wrongful conviction is completely false—even fraudulent—that they won’t ignore.

Aside from Chicago’s underhanded media, Cook County Board President Toni Preckwinkle and State’s Attorney Kim Foxx believe the police should stop enforcing the law because enforcement of the law exposes the failings of "progressive" policies in minority communities that experience higher crime rates. Rather than confront these policies for the danger and violence it encourages, they elect to vilify police officers and proven anti-crime strategies. Foxx now runs around the county with a spring in her step claiming Chicago is the false confession capital of the country, ignoring the glaring evidence the County has swiftly become the false exoneration capital of the world.

In the wake of the coronavirus pandemic, perhaps it is time for these people to, at long last, recognize the value of police officers and Department’s contributions to Chicago.

The Chicago Police Department is on the forefront in the fight against COVID-19. Unlike residents, elected officials, social justice attorneys, members of the Chicago Teachers Union, phony philanthropists and the anti-police movement, members of the Police Department cannot "shelter in place."  Schools, government offices, bars and restaurants have temporarily closed, but criminals ignored the memo:  Chicago’s homicides are on the rise and crime is expected to surge in the thick of the COVID-19 crisis.

Officers already have and will continue to be exposed to the coronavirus. Many will be infected.  Yet they are still conducting well-being checks on the elderly, administering first aid, responding to automobile collisions, removing guns and drugs from the streets, ensuring safe access to food and medicine and doing everything they can to keep Chicagoans safe from chronic violence.  Even in the face of constant attacks, unfair terminations, and being "reformed" on a regular basis, Chicago Police Officers have honor, and Chicago Police Officers hold a deep affection for Chicago.

With this in mind, it is perfectly relevant to ask several crucial questions. Where is COPA?  Is this feckless agency performing “well-being” checks?  Is the OIG maintaining order on the streets?  Will GAPA keep grocery stores and hospitals safe?  Will Ms. Preckwinkle or Ms. Foxx be on site to personally confront armed assailants, halt rapes, strong-armed robberies, burglaries, carjackings, smash-and-grabs on North Michigan Avenue or prevent the potential looting of pharmacies?  Will members of Chicago media respond to "man-with-a-gun" calls or even pause for a moment for introspection and just apologize for embracing anti-police voices over truth for so long?  Hardly.

For years now the members of the Chicago Police Department have been told by these groups that they are doing their job wrong or are simply corrupt or racist.  What better time than now for these groups to hit the streets and show Chicago how it's done?  Weren't some of these same voices comfortable with "de-funding the police?"  How will this go over in the coming weeks or months?

None of this will happen, not by a long shot.  Why?  Because these anti-police voices are, unlike President Trump and Chicago’s law-abiding residents, simply politicians, opportunists, anti-police activists and, above all, hypocrites. It's tragic it takes a moment of panic inspired by a pandemic for some people to remember who the real heroes are in Chicago.

God bless the members of the Chicago Police Department.  They will make Chicago proud.