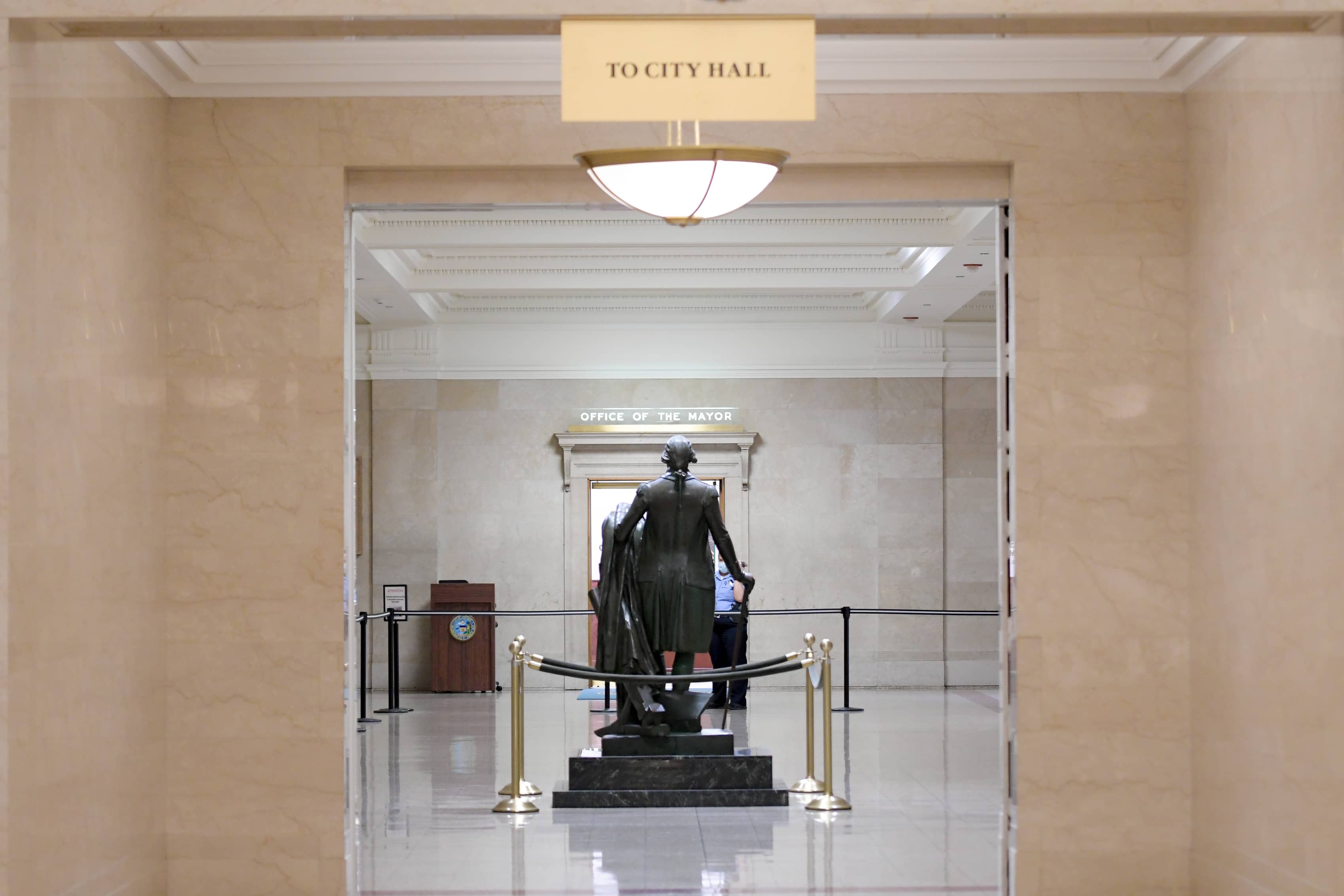 Does delayed ruling in fatal police shooting indicate another scandal is brewing at COPA?

Mayor Lori Lightfoot may be facing one of the most burdensome decisions of her administration: Will the mayor choose law and order by supporting the Chicago Police Department (CPD) in a lawful fatal shooting or bow to her progressive base waging a war on police?

A ruling from the city’s police oversight board, the Civilian Office of Police Accountability (COPA), in the fatal police shooting of 13-year-old Adam Toledo has stalled in the mysterious world of COPA investigations. This delay has some familiar with the case and COPA wondering if the board may defy the law and use-of-force policy, yet again, to manufacture a police misconduct case.

Much is on the line for Chicago in COPA’s decision and the mayor’s reaction to it, including a cabal of aldermen. Nevertheless, the possible ruling from COPA that shooting the armed Adam Toledo was unjustified when Toledo abruptly turned around after fleeing a pursuing officer while armed with a pistol would virtually undermine any use-of-force policy or legal precedent governing police conduct going back decades. It would be a decision throwing the police under the Lightfoot Express bus in the midst of a citywide violent-crime crisis in which citizens and business owners are crying out for police officers to confront armed bands of thieves, gang members, and carjackers roving the city.

More than that, a ruling against the officer in this tragic incident involving an armed teenager would send a clear message to every policeman in Chicago that, fully and finally, any lawful action they take in the course of their duties can be transformed into a legal case leveled against them, either criminal or civil. In other words, it would mean that Chicago, a city that serves as the vanguard of the nationwide progressive movement, would obtain the long-sought after goal making all policing illegal.

Already, the cheap theater of Chicago politics has generated a policy in response to the shooting as a kind of apology to the progressive horde that uses any police shooting, regardless of the circumstances, as fodder for not only criminalizing police but for the creation of policies that make it virtually impossible to discharge their duties. In the instance of Adam Toledo, the city adopted a new foot-chase policy so ambiguous and complicated it virtually eliminates them, a fact that has clearly gotten out to the roaming bands of shoplifters and carjackers throughout the city. What could be better for criminal elements intent on committing crimes than cops not being able to chase criminals, even on foot?

One wonders at the creation of this foot-chase policy: If the city doesn’t want foot chases, why did they invest in ShotSpotter, the technology that first drew officers to the scene? Did they expect police to just show up in the area where gangs are shooting and stand idly? No, ShotSpotter was created to quickly guide officers to the area of a shooting and apprehend the offenders. Do the city elders think these offenders just stand around after firing off rounds, that they won’t flee at the first sign of the police? This is Chicago politics at its best: Invest in ShotSpotter technology throughout the city, then create policies to make it ineffective and meaningless.

What the mayor and aldermen who supported this cowardly policy did not do in the shooting was impose the weight of the law, as they are sworn to do. Media reports indicate that Toledo was handed the gun by one Ruben Roman, a known gang member. It was likely Roman who fired the shots at a vehicle that set off the ShotSpotter and drew the police to the area to begin with. Toledo’s death was the result not only of him being armed, failing to obey police orders, and then turning on the officer, but also of Roman’s felonious actions, known as felony murder.

Rather than Lightfoot and aldermen demanding Cook County State’s Attorney Kimberly Foxx hold Roman to account for the actions that led to Toledo’s death by charging him with first degree felony murder, they instead ginned up the foot-chase policy. Such is the incompetence and cowardice of Chicago’s elected leaders. Roman was freed from custody within days of the incident. Barely anyone breathed a word about Foxx’s refusal to impose the law in the case.

There are already gloomy signs on the horizon, apart from the COPA delay in their ruling over the Toledo case. The first is Lightfoot’s decision to nominate Andrea Kersten as chief administrator of COPA from her current position as interim head. A dire sign that Lightfoot is willing, like any loyal progressive in Chicago, to sacrifice the city to remain in the good graces of the progressive mob destroying the city, Kersten is singularly unqualified to run COPA. The long record of incompetence, bias, scandals, and politically motivated decisions while Kersten has worked there should generate an investigation of the inner workings at the agency, not a blind promotion to someone at the center of it.

Lightfoot’s decision to elevate Kersten came in the midst of a particularly cruel and revealing action involving the late Officer Ella French by the oversight agency under Kersten. Officer French was also involved in a controversial incident that saw police serve a search warrant to the wrong household in 2019, some 18 months before French was murdered. Participating on a team that executed the warrant on a domicile not inhabited by the intended target, but by a woman in the state of undress at the time CPD entered the home, Chicago’s progressive, and therefore corrupt, media has turned the incident into a manufactured scandal to maintain the anti-police narrative. Though Officer French was subsequently murdered on the job, Kersten’s COPA nonetheless listed French as recommended for suspension for her role in the mistaken entry at Anjanette Young’s home in COPA’s official report.

Lightfoot soft-peddled the incident, saying French’s name appearing in COPA’s report was “tone deaf and . . . absolutely unnecessary.” Hardly. It was depraved and betrayed the malevolence against the police that most officers think permeates COPA and the Chicago Police Board that so often gives a green-light to their nonsensical investigations and recommendations.

Another troubling event that cast a dark shadow on the legitimacy took place in federal court. Police officers Larry Lanier and David Taylor shot an armed man in 2018 while working in a plain-clothes tactical car. They were responding to a call of an offender armed with a gun on the 4700 block of W. Fulton Avenue on the city’s West Side.

COPA ruled the shooting wasn’t justified and recommended the Police Board fire the officers.

Superintendent David Brown ruled it was justified. In such cases when the superintendent and COPA do not degree, a review of the COPA investigation by a member of the Chicago Police Board determines whether the case will move to a full police board hearing. Board member Matthew Crowl agreed with COPA, not the superintendent.

Shortly after, the shooting incident involving the two officers went before a federal judge in the form of a civil lawsuit brought by the family of the offender fatally shot by the police. Federal court judge Joan Lefkow dismissed the lawsuit, claiming the actions of the officers were lawful.

Though judges are rejecting COPA’s rulings against the police, and a top official with COPA is responsible for the fiasco of recommending a slain police officer for suspension in an official report, Mayor Lightfoot is seemingly untroubled about promoting Kersten to chief administrator of COPA.

And so it goes. COPA suspended an officer in 2019 who was dragged under a car and almost killed by another media manufactured case that ultimately resulted in a $600,000 settlement to the woman behind the wheel. A lawsuit brought by a former police commander claimed COPA’s predecessor, the Independent Police Review Authority, conspired with the media to build a criminal case against a police official.

In 2019, representatives at the Fraternal Order of Police accused COPA of deliberately hiding from the police superintendent, prosecutors, and the media a decision from their own expert that a fatal police shooting was justified. The FOP also successfully argued in 2018 that COPA could not lead investigations of police shootings, a claim bolstered by The Executive Director of the Illinois Law Enforcement Training and Standards Board. The previous administration of the FOP also routinely argued that COPA was using media leaks to sympathetic anti-police reporters to drive cases against officers.

Later, an arbitrator ruled COPA had violated the police union’s collective bargaining agreement and engaged in unfair labor practices regarding the Fifth Amendment rights of officers. COPA has also been caught trying to prepare complaints for search warrants, despite the fact that COPA has no police or prosecutorial authority.

What, then, is the real function of COPA? Is it truly a police oversight agency? An impartial review of COPA, particularly during the Kersten era, reveals an agency only posing as a police oversight board, and is actually a crucial agent intent on drumming up cases against the police. That COPA functions this way is the responsibility of bureaucrats who comprise the Chicago Police Board, all of whom are appointed by the mayor.

An officers’ initial interview with COPA investigators will be the basis for all further proceedings, federal civil rights, criminal cases, and the Chicago Police Board who will decide if the officer should be fired. COPA will generally not allow the officers to view videos, police reports or any other valuable information prior to giving a statement, a huge gift to the attorneys suing the police.

Just what function COPA plays in the city, police oversight or anti-police activist could be revealed in the Kersten decision over the Toledo shooting. Her decision will send a clear message to the police at a time when Chicago is approaching complete chaos.

If Kersten throws the officer in the Adam Toledo incident to the wolves, will Mayor Lightfoot let it go? Will the aldermen agree? These public servants better think long and hard about how far they will make the police scapegoats in Chicago.