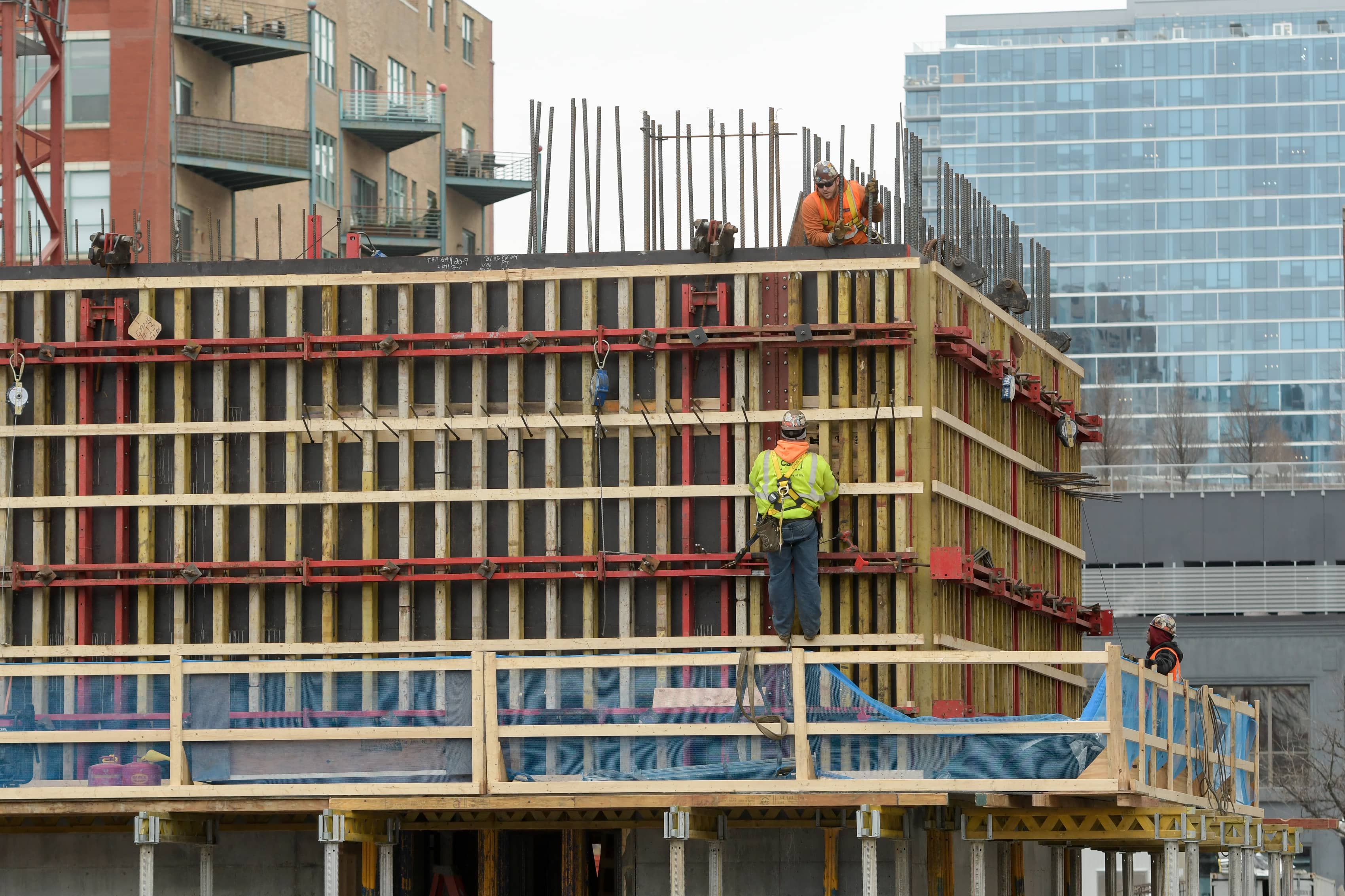 By the time the 11-day Chicago Teachers Union (CTU) strike against students ended on Oct. 31, 2019, the CTU took a victory lap and walked away with a $500 million gift from Mayor Lori Lightfoot. Pleading poverty, the CTU demanded and won significant concessions from the city, including a 16 percent pay raise over five years by remaining unyielding in negotiations and convincing a weak-willed Lightfoot it would never bend to the mayor’s threats or pressure.

Walking away from the discussions with $380 million in pay increases and benefits and another $120 million in equity-focused staffing and other programs, in a mammoth capitulation to the CTU, Lightfoot agreed to spend millions on reducing class size, hundreds of additional staff, job protections for substitute teachers, gender-neutral language for bathrooms, and restorative justice coordinators.

The handing out of such charity at taxpayer expense was of no significance to Mayor Lightfoot, who was barely five months in office and desperate to avoid any further public and political humiliation. The CTU, of course, was even less concerned as it was the recipient of such munificence and demanded the largesse almost entirely for wages and pensions.

A shameless and utterly unprincipled organization, the CTU held out for and received deluxe increases to salary and retirement packages at a time when 25 percent of Chicago high school students did not graduate, 11 percent failed to earn a degree over four years, and SAT scores among CPS students lagged far behind students in other districts throughout the state.

If Chicago taxpayers were displeased to see the CTU extract such generous terms in negotiations with the city nearly four years ago, they will find themselves in a fit of piping hot pique when they learn how Mayor Lightfoot is on the verge of frittering away more tax dollars. Instead of rethinking her lousy negotiating strategy when in conversations with the teachers union, Mayor Lightfoot has revealed in recent talks with unionized city employees she did not learn much after the CTU ran roughshod over her in 2019.

Under a tentative agreement City Hall is believed to have agreed with a coalition of unionized workers employed by Chicago — Electricians, Laborers, Plumbers, Teamsters — employees are guaranteed $3,000 in pandemic pay. Similarly, unionized workers classified under the prevailing wage rate — employees recognized as tradesmen or craftsmen — will continue to earn at the same level.

While a handful of the terms in the yet-to-be-ratified agreement with Chicago appear to be merely conventional, they are innocuous in comparison to the lavish concessions with which Lightfoot is understood to have agreed. Opening Chicago’s purse, the mayor has handed out gifts in abundance in regards to wages, pension benefits, and health care to Chicago’s unionized workers.

In addition to collecting additional sick days, unionized workers, similarly, will enjoy more flexibility with new conditions set on the use of vacation days. For employees with fewer than 10 years of service with the City of Chicago will now be allowed to roll over five vacation days and employees exceeding 10 years of employment are now permitted to carry over a total of seven vacation days. Previously, employees with less than 10 years were able to carry only three days and workers with more than ten years of experience with the city were authorized to carry just five days. In another heroic act of kindness, city negotiators acting on behalf of Mayor Lightfoot have agreed to surrender both Veterans Day and Juneteenth as paid holidays for all union employees.

In sum, Lightfoot’s mediators have agreed to give Chicago’s unionized workforce an additional eight days of full pay for performing no work.

Though the wage increases in this bargain for the years 2022-'23 appear to be relatively consistent with contracts concluded with city workers in the past, the terms between 2024-'26 are rather peculiar.

In what could be another generous gift, Lightfoot is alleged to have agreed to annual wage increases of between three and five percent from 2024-'26. A five-year contract, in the final year, 2027, unionized workers will receive a set 3.25 percent increase. While this appears to be in line with previous employment agreements, the curious contradiction for pay hikes in the three-year period between 2024-'26 is unlike raises for 2022-'23 and 2027, as the rate increases for 2024-'26 are not flat.

As abnormal as this clause may appear, there could be a reasonable explanation for the unsettled rate: The agreement is only tentative and wage increases for the three-year period between 2024-'26 have yet to be resolved. While this is a possibility, sources tell Contrarian the preliminary agreement ties wage increases between 2024-'26 to inflation. This, too, is remarkable, and can also be clarified as terms yet to be finalized.

However, if we assume Mayor Lightfoot has agreed to a three to five percent wage increase between 2024-'26, and it is moored to inflation, considering prices will presumably hover menacingly at least for the short term, Chicago’s negotiation stance agreeing to wage increases fixed to inflation instead of a flat rate is utterly senseless.

Expressed differently, under this agreement, and if calculated by the Consumer Price Index, which measures overall changes in consumer prices, should current inflation trends continue, city workers could feasibly earn between a 15 percent and 21 percent wage increase by 2026.

In another endowment to workers in a long list of gifts, Lightfoot is also graciously handing out alms for retirement plans. In the agreement with a coalition of union workers, the mayor is assumed to have agreed to substantially increase the amount Chicago contributes to employees’ 457(b) plans.

In what could be considered Lightfoot’s greatest concession, the new contract with unionized workers does not require employees to pay a higher percentage of wages toward health care premiums over the next five years. For those unfamiliar with contract talks with Chicago, the issue of health care payments is routinely one of the thorniest matters in discussions between the city and unions. Though the matter of increases to premiums deeply divides both sides in contract negotiations, in a groundbreaking move, Lightfoot, who was in a rush to wrap up negotiations, relented and placed no demands on employee contributions to health care payments.

A first for Chicago, over the next five years, the City of Chicago will foot the bill for increases to health care premiums for thousands of city employees.

This contract is a disaster created by a thoughtless, desperate mayor

Though the new contract with the coalition of city workers is not yet finalized, every indication suggests both City Hall and union negotiators will eventually approve the new labor compact. An agreement which is the culmination of several months of discussions, the coalition of unionized workers had worked without a contract since July 2022. During negotiations over the past several months, City Hall’s position was described as somewhat stubborn so it was quite surprising months of intractable negotiations concluded with such favorable terms for city employers.

For those interested in learning what lies behind the mystery of City Hall abruptly shifting from uncompromising to servility, the answer is obvious: Election politics. With Lightfoot’s reelection bid slipping off the rails, she is frantically looking to tout an achievement to sway voters and use generous contract terms to add unionized city workers to her voting bloc.

However, if we look beyond the obvious motive behind Mayor Lightfoot’s solicitousness in contract discussions — gratifying union workers to buy votes — there are some real-world consequences to her actions. Foremost, Lightfoot is using city tax revenue as her personal campaign war chest. A habit of hers, Lightfoot has often demonstrated a willingness to use taxpayer money extravagantly or for her own political ends.

In the past two years alone, Mayor Lightfoot cooked up a plan to hand out free gas cards, and rammed through the City Council two pieces of legislation — 12 weeks of paid leave and the Chicago Resilient Communities Pilot — both of which encourage indolence. In a fourth maneuver, Lightfoot recently received approval for the creation of a special Tax Increment Finance district to loot The 78 of tax revenue to fund the Red Line Extension.

Secondly, once this new contract is formalized, Chicago will always be placed at an immeasurable disadvantage and every union with which the City of Chicago negotiates contracts will use it as leverage to glean similar or more lavish terms. A new standard, the fulsome nature of this deal will always be the starting point in any future negotiations Chicago holds with unionized employees.

Using this agreement fleshed out with the coalition of city workers as a basis for a new contract, imagine, for just a moment, the sort of nightmarish discussions Chicago can expect in its next contract talks with the Chicago Teachers Union. The CTU is certain to negotiate in bad faith — the union's routine stance — and involve the city in intractable talks until their outrageous demands are met. Though the crippling CTU strike in 2019 appears to be a distant memory, Chicago’s next hellish ordeal with the CTU is just around the corner, as the latest contract with the CTU expires in 2024.

It is also important to note Mayor Lightfoot would have never extended such generous contract terms to either the Chicago police or fire departments.

Unionized workers employed by the City of Chicago deserve fair treatment, wages, and benefits at the negotiating table. The word “deal,” however, has a definition: It implies mutual benefit and reciprocity as a result of a healthy, spirited, and nuanced negotiations.

Though Mayor Lightfoot’s role is to negotiate on behalf of Chicago’s residents, she adopted a self-defeating stance and allowed her personal, political ambitions to prevail over principle. By assuming such a position at the bargaining table, Lightfoot mortgaged Chicago’s future and is passing on an extraordinary financial burden to her successors and to Chicago residents.