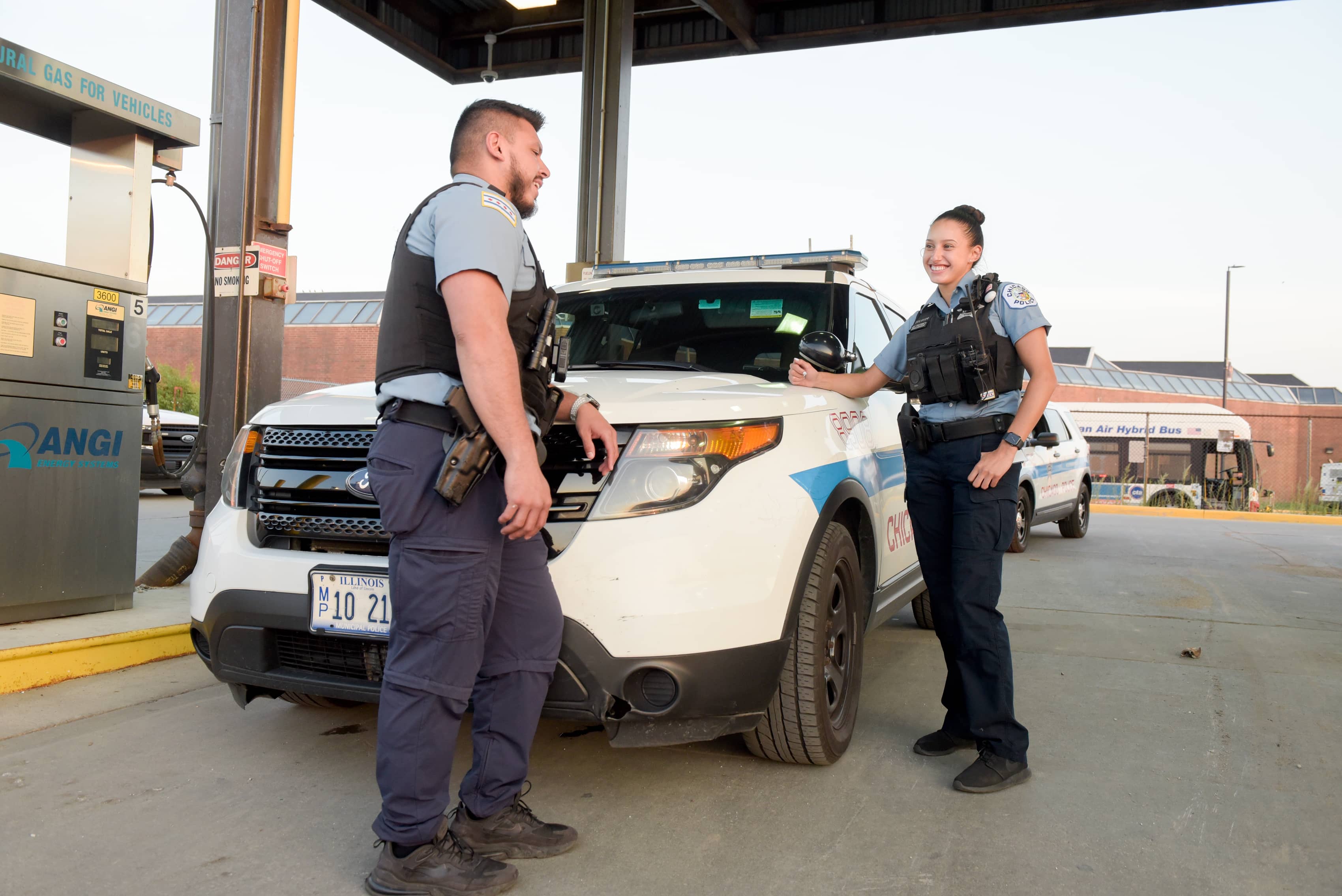 Federal prosecutors have agreed to a plea deal that would toss three felony counts against a man for making threats of violent attacks against Chicago police officers in 2018 in exchange for a guilty plea to a misdemeanor.

Matthew Ross, indicted by U.S. attorneys for allegedly making threats during the trial of former Chicago police officer Jason Van Dyke for the shooting death of Laquan McDonald in 2018, has agreed to deal in which he will plead guilty only to a misdemeanor, according to court records.

The case was held in the courtroom of Northern District Chief Judge Rebecca R. Pallmeyer.

In various social media posts, Ross, who had attended the trial of Van Dyke, allegedly posted the following:

"SO IF I GOT A HIT SQUADTOGETHER TO SHOOT 70 FAMILY MEMBERS OF CPD OFFICERS THIS WEEKEND.....THEYLL BE NOSUSPECTS#GETTHESTRAP FREE YOUR SOUL!!!"

"They're going to let him. I've been planning the attack for 2 years."

"), EVERY ALDERMAN'S OFFICE SHOULD BE BURNED TO THE GROUND!! FREE YOURsoul,!!!"

“…detectives investigating these threats attempted to obtain approval for felony charges from county prosecutors, but were refused. This refusal is, in our minds, unjustified, arbitrary, and dangerous. In refusing to approve these charges, the offender is not being held in custody. By refusing felony charges, we believe the local prosecutor, Kimberly Foxx, is refusing to protect the members of our Lodge and has a history of doing so. We also believe that threats of this nature should be investigated and prosecuted to the fullest extent of the law and that federal authorities should be aware of them,” former FOP second vice president Martin Preib wrote to U.S. Attorney John Lausch in 2018.‍

Lausch responded by charging Ross with felonies, in striking contrast to Foxx’s handling of the matter. However, now the federal prosecutors’ office is reducing charges against Ross, and has offered him a deal to plead to a misdemeanor.

The compromise offered to Ross comes at a time when Chicago is exploding in violence, including an uptick in attacks on a police officers. In one incident, two officers, Ella French and Carlos Yanez Jr. were shot; French was fatally wounded and Yanez was severely injured. In another incident, a police officer was attacked by an offender and suffered permanent brain damage.

In a recent Breitbart article citing the rampant shootings in Chicago, Lausch made the following statement:

People are emboldened? One wonders: Like Matthew Ross, for example?

Lausch and his fellow prosecutors in the Illinois Northern District are no doubt aware of the many cases winding through the federal courts in which city attorneys are challenging police misconduct lawsuits, claiming exonerated killers should not have been released from prison. These cases are putting highly respected detectives in the spotlight and contributing to the sentiment among Chicago’s most violent gangs that they commit crimes and escape prosecution.

Many police officers and prosecutors are also keenly aware that big city prosecutors whose campaigns were financed by radical-left billionaire George Soros has been politicized, with prosecutors such as Foxx, who appears to be using her office as a command post for the anti-police movement.

Is the same politicization taking shape in the federal justice system under Biden? Is a misdemeanor deal for such ominous threats against the police a sign of this politicization?

"Caldwell never entered the Capitol building, has no criminal record, and honorably served the country for 20 years in the military…"

"Caldwell spent 53 days in jail, 49 of them in solitary confinement. He could not access his medication to relieve excruciating back pain caused by spinal injuries Caldwell suffered while serving in the Navy. When prison guards asked why he was incarcerated, he said, “I’m a political prisoner because of January 6."‍

Commenting on the case, Caldwell’s lawyer had this to say about how his client was treated:

"In less than a month, the Government’s theory as to Caldwell’s role in the claimed conspiracy has morphed from him being the Commander of Oath Keepers . . . who (presumably) led the attack on the east side of the Capitol, to a guy ‘associated’ with the Oath Keepers. Caldwell’s stellar background and military career was, unintentionally, slandered by the Government’s sloppy, rushed investigation. As the Court knows, the Government typically takes months and even years to build cases, painstakingly gathering and evaluating evidence and interviewing witnesses. By contrast, in this case the Government charged a 20-year decorated Navy veteran with no prior record based on a few hours of investigation and without giving him the courtesy of an interview. Authorities did virtually no investigation before branding Caldwell a felon, and have provided multiple inaccurate statements to the Court."‍

Here is Kelly writing about the decision by Judge Joel Hoppe to keep Hoppe in custody after being arrested:

"…Judge Hoppe agreed with the government to keep him behind bars. “The conduct and the statements of Mr. Caldwell . . . it really just is pure lawlessness and contempt for laws of this country,” Hoppe said, referring to some of Caldwell’s Facebook posts and texts."‍

Pure lawlessness and contempt for the laws of this country?

"), EVERY ALDERMAN'S OFFICE SHOULD BE BURNED TO THE GROUND!! FREE YOUR soul,!!!"