Just Like the Cubs, the City of Chicago Needs a Turnaround Strategy 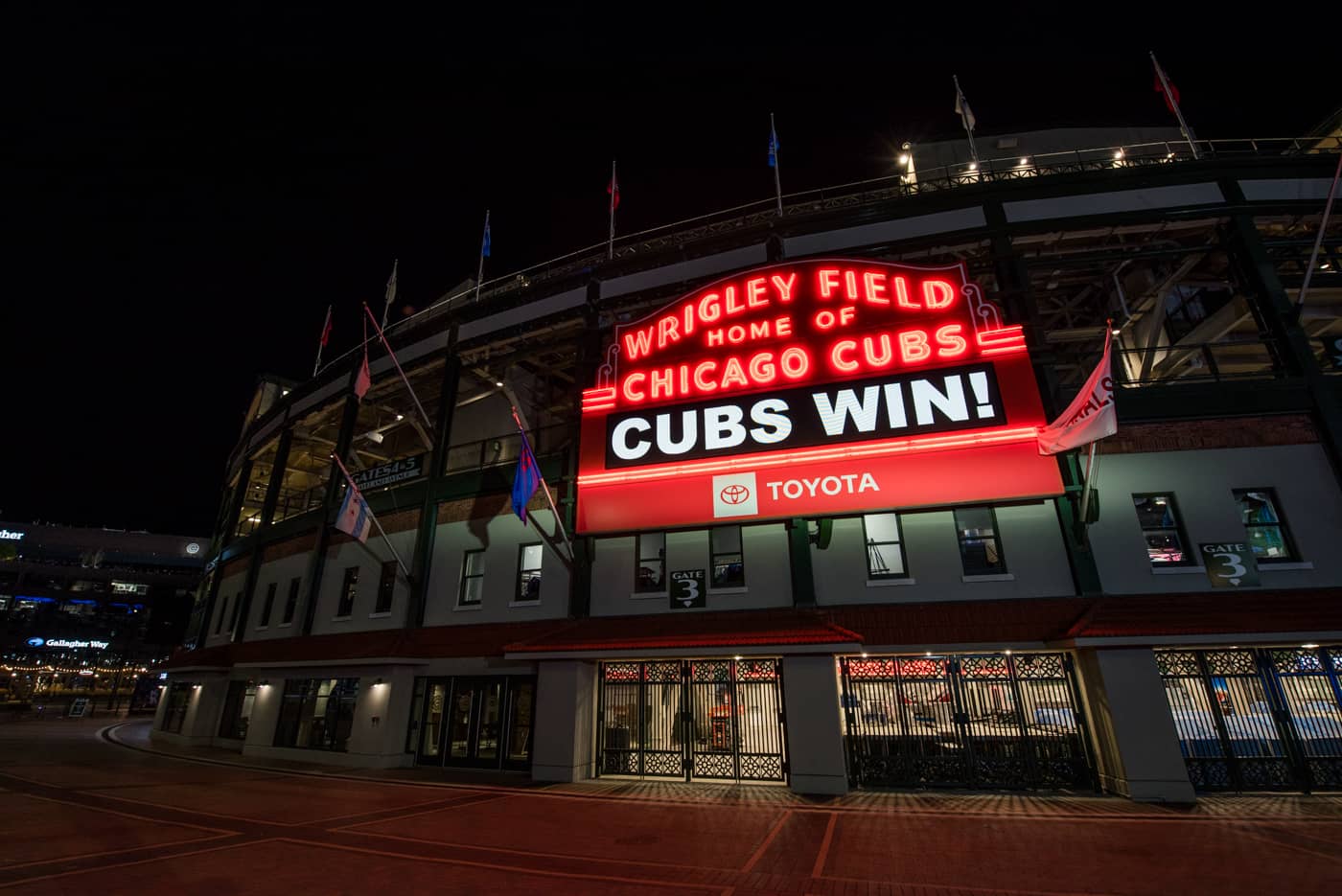 Chicago must stop the bleed, stabilize itself and implement a growth strategy

The start of August marked a great ending in Chicago. The Cubs had just traded the nucleus of its team: Anthony Rizzo (who went to the Yankees), Javier Baez (Mets), Kris Bryant (Giants) and ace closer Craig Kimbrel (White Sox).

These trades left the city heartbroken. After all, three of the four players represented the “last” of the 2016 Chicago Cubs World Series champion team. People shared posts on social media, “Sad for our Cubbies losing so many amazing boys! Won’t be the same,” “You are not going to recognize the Chicago Cubs anymore, lots of moves,” “WTF r the Cubs doing!?!?!?” and finally “we’re so upset about the Cubs trades.”

The shock of the moves even forced the Chicago Cubs organization to send an explanatory e-mail to season ticket holders attempting to explain the logic.‍

When radical change is needed

‍But take a step back from all of the fan emotions and it’s clear that the Chicago Cubs organization has started to implement a turnaround strategy. Most if not all Major League Baseball (MLB) teams lose money, at least directly, something many do not know. So how does a club lose less money? Quite simply the answer to losing less involves fielding a winning team. The more winning the team, the hotter the ticket sales. The higher the attendance, the greater the revenues.

Consider the following: Out of the 30 teams in baseball, the Cubs currently rank 8th in overall attendance according to ESPN. In 2019, the Cubs ranked 4th, in 2018 5th, 2017, the year after the World Series the club ranked 6th and in 2016, the year the Cubs won the World Series, the team ranked 5th. Back in 2012, the year Rizzo started playing for the Cubs, the team ranked 10th. It’s hard to measure absolute club profitability, but others have referenced value by team and the Cubs took 4th place in 2020.

Given the Cubs’ record thus far in 2021 (52 wins and 60 losses as of press time) or perhaps more accurately depicted as 6th from the bottom of National League standings, it’s clear that the Chicago Cubs have implemented a classic corporate turnaround strategy. It’s one that fans will be watching closely and one that ought to offer up some lessons for our fallen second city.‍

A lesson in turnarounds courtesy of the Cubs‍

‍How does this apply to the city of Chicago?‍

Mobile phone apps such as Nextdoor allow citizens to comment on a range of topics from finding lost puppies to noise concerns as well as safety. Not surprisingly, the posts that generate the most commentary always involve safety and/or crime. Invariably, these posts often become heated exchanges with some believing the mayor, Kim Foxx and the Illinois justice system are terrible and need to go while others tend to either declare the situation hopeless or worse, call for defunding the police and blaming them for Chicago’s woes.

In a turnaround, assigning blame has little to do with effecting change. Like most plane crashes, a series of bad decisions more often than not leads to disastrous outcomes, not one single factor.

What would a turnaround for the City of Chicago look like and where should it start?

‍Using the three-step process above, it’s clear what step one would look like, stop the bleed. In the case of Chicago, a literal interpretation of “stop the bleed” reveals the most obvious first step. Specifically, the city must restore the rule of law and insure public safety, including placing the rights of victims above the rights of criminals. No matter one’s politics, without safe neighborhoods, the city can never right itself.

Once the tax base perceives en masse that violence is not only rampant but criminals often receive nothing more than a hand slap, they will start to question their decisions about working and living in the city. And in fact, they already have. Since homicides and other violent felonies are no longer confined to the South and West sides, posh neighborhoods such as the Gold Coast, Streeterville, Lincoln Park and Lakeview are all experiencing rising violence, much of it random (e.g., carjackings, stabbings, shootings, etc.)

These crimes have a chilling effect. Most people, to the left or to the right politically, demand and want to live in safe neighborhoods. But the current mayor and police superintendent lack the political will, backbone and ethical foundation to stop the social justice progressive political train in its tracks. All of their “war on crime” announcements will simply have no effect on anything whatsoever; witness the tragedy that killed an officer and left another in critical condition this past weekend. And everybody that reads these pages knows this to be true.

The voters of Chicago must “stop the bleed” by getting rid of the people that stand in the way of returning the city to a safer place. The list is long, but it must be done or nothing will change.

Undoubtedly many more need to “get off the bus” but this would serve as an excellent first step.

After these heads fly, what needs to happen next is stabilizing the patient.

‍Obviously curbing crime and violence represent the first steps in the city’s turnaround without which the tax base will flee. This point requires reiteration. The revenue to operate the city comes largely from the Northside, and perhaps some from the West Loop. Between property taxes and income taxes, single blocks in Lincoln Park represent 500-times the tax base of working class blocks on the South Side (let alone truly impoverished ones). The Mag Mile has completely fallen as the Contrarian has covered numerous times. Businesses, both retail and commercial, on the Magnificent Mile (now Maggot Mile), look like a shadow of their former selves. No Northsider would dare venture down to Michigan Avenue to shop today.

But if curbing the crime represents the first step in a turnaround (no small feat) an even harder step involves “stabilizing the business”. And the institution that has driven the most instability for the city is none other than Chicago Public Schools (CPS). Consider today’s seniors, the high school graduating class of 2022. That class had only one year of uninterrupted learning: Their freshman year.

According to one Northside parent who is moving out of state, their child’s sophomore year saw a fifteen day strike in October, 2019 (a proud moment for Stacy Davis Gates according to her bio on the CTU website – “she helped to lead a 15-day strike”), complete “non-learning” during the fourth quarter of that same school year, a full junior year in remote learning and a senior year that already looks compromised due to the Chicago Teachers Union’s oversized bargaining power (CTU = Chicago Terrorist Union) and their outrageous and unfounded demands for a complete end to the pandemic.

Indeed, the class of 2022 could be the first class to spend more of their high school careers “virtually” than in person. The CTU has been nothing more than a disgrace and a black mark on the face of Chicago. It is the poster child result of progressive woke politics and why many are calling for the shellacking of the Democrats nationally in 2022.

One Chicago parent, a local investor and entrepreneur who is in the process of moving out of state, told the Chicago Contrarian:

“Not to point out the obvious, but cities that lack a strong public school system fail to attract the families that comprise the tax base. Much of the discussion of CPS involves its handling and negotiations with the CTU. But the curriculum itself, incredibly woke, non-academic and 100 percent in support of Critical Race Theory (CRT), has caused us and other parents to pull their kids out and identify alternative school districts and options.”

Is the cultural revolution within CPS working? Statistics suggest otherwise. The combination of distance de-learning and CRT re-education is leading to a massive decline in student enrollment from Fiscal Year 2012 (FY) to FY 2021. According to The Civic Federation, the 10-year period saw a decline of 63,493 students, or 15.7 percent of the student population. Moreover, last year alone, CPS saw a four percent overall enrollment drop. Some believe the FY 2022 enrollment drop will surpass last year’s astonishingly high drop.

A management consultant interviewed for this article suggests:

“A bold turnaround strategy would exploit every legal loophole in identifying innovative practices and business models to deliver educational alternatives and reduce the power of the CTU. For example, instead of having teachers teach virtual classes, the city should outsource “online education” programs and “hand over remote learning to those best served to provide it – nonprofits and for-profit options against each other. Heck even Khan Academy would be preferred to most Chicago Google Classroom curriculums. A strong turnaround strategy would require the dismantling of regulations and state laws that empower the CTU at the expense of the children.”‍

Perhaps the most challenging task in the final stage of Chicago’s turnaround will be deciding where/how to make key investments in a city that is already a shadow of its former self.

In terms of investment, what Chicago does not need are casinos (which always take from the poor and never the rich), Tax increment financing (TIF) funds re-directed to already gentrified neighborhoods and other retail expansions. The call for businesses to open in some southside and westside neighborhoods also makes no sense. No rational investor would ever think to establish anything in a violent neighborhood except gun or bullet factories. The risk far outweighs the reward.

Instead, the city should pilot and partner with the private sector to establish boys and girls clubs in low income neighborhoods, create and expand job training centers (even though the language of that last non-profit is couched in woke platitudes) and outreach to manufacturers throughout the community as well as develop trade school programs, particularly in high tech to specifically target youth and young people living in poverty. Many of these organizations and initiatives have worked successfully for dozens of years. It’s the expansion of these programs that remain critical.

A business owner with office space in Streeterville (who will not renew his lease in 2022) observes: “On the northside, the city must re-imagine the Magnificent Mile, the lifeblood of tourism in Chicago.” He notes that according to commercial developers, “Michigan Avenue is currently a ‘dead zone’ as no institutional money will invest in any type of project there without a dramatic improvement in crime.”

“Any local walking the streets knows Michigan Avenue has lost ALL of its cache. Carjackings, assaults, robberies and more plague the once tony retail thoroughfare (see step one above). By restoring public safety, the city can get back to working with local businesses to develop new concepts unique to the city. But until it is once again safe to commute to work in the Loop or the Magnificent Mile, whether in a rideshare, on the bus or on the Red, Brown or Purple lines, private/public partnerships will remain elusive. Our company is not going to renew its lease and others aren’t either,” he added.

Without a turnaround strategy, Chicago is well on its way to becoming Detroit. And let’s be true to ourselves, nobody loves a loser (a fact even die-hard Cubs fans will agree with). Loveable losers simply don’t exist. But just as the Cubs have taken heat for “stopping the bleed,” the city must do the same.

Chicago residents must make unpopular and bold choices. And as citizens who fund this current nonsense, we must do our part by deciding to either take decisive action if we remain, or to vote with our dollars and feet, watching Rome burn from a safe distance as urban progressivism destroys itself from within as its unapologetic leaders eat their own.