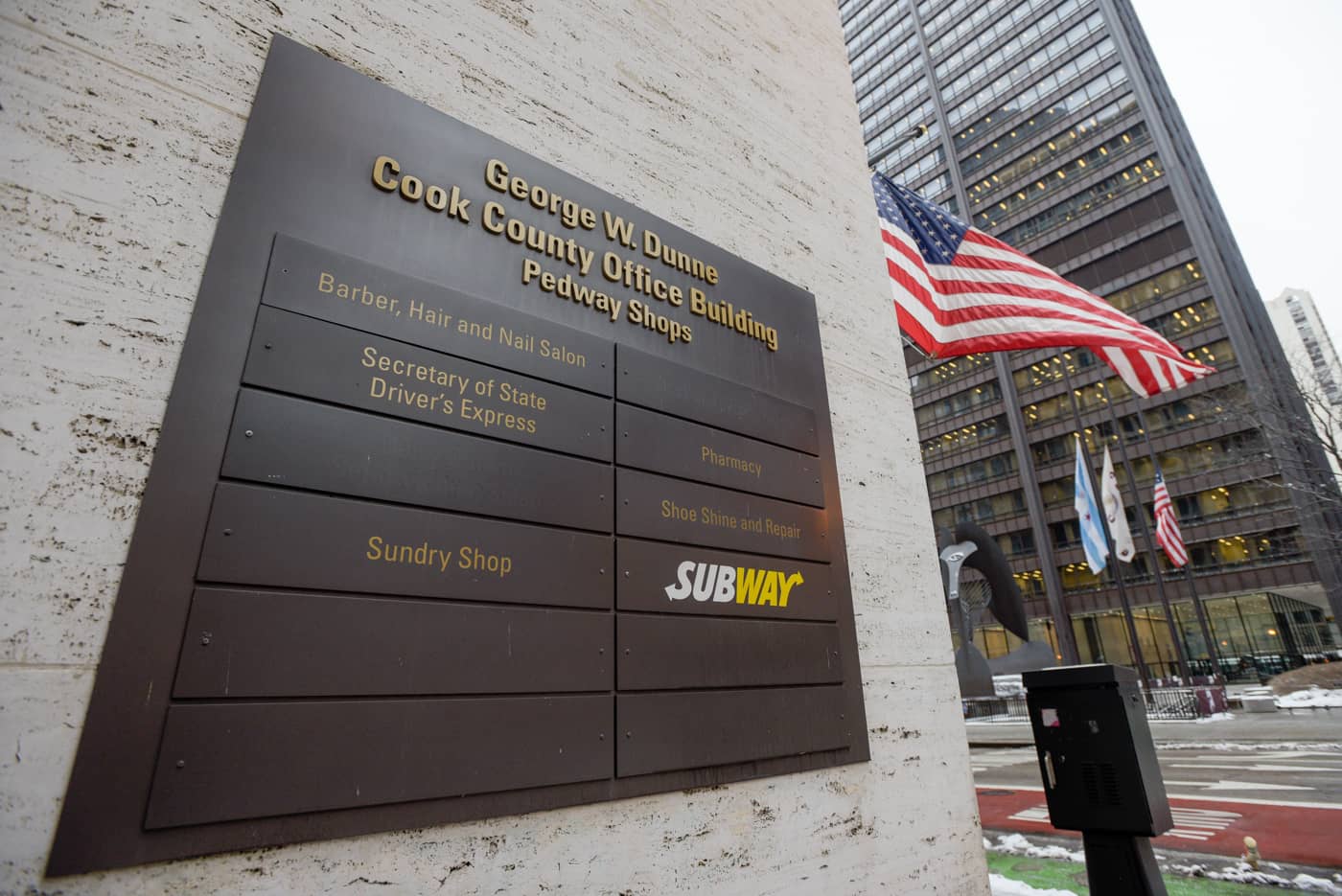 With Jackie Wilson’s path to freedom through Torture Commission under fire in federal court, should Kim Foxx be prosecuting him on charges of beating woman?

New attacks in federal court on a controversial commission that paved the way for a man convicted in the murder of two Chicago police officers emerged last week.

Ed Theobold, an attorney representing the defendant in a bizarre lawsuit filed by Jackie Wilson, who was sentenced to life in prison for his role in the 1982 murders of Officers William Fahey and Richard O’Brien, again assailed the legality of a state board, the Illinois Torture Inquiry and Relief Commission (TIRC), that allowed Wilson to get out of prison.

Wilson’s appeals in his case had all been exhausted until the Illinois General Assembly (IGA), bowed to the political pressure of the exoneration industry and created TIRC. TIRC empowered a panel of commissioners appointed by the governor with the exceptional power to arbitrarily overturn convictions. In his pleading, Theobold once again argued that TIRC holds unconstitutional power to overturn convictions.

Last week, Theobold launched a new broadside, arguing TIRC should not have ruled on Wilson’s case because the head of commission at the time, David Thomas, had previously represented Wilson. Theobold argued Thomas had failed in a legitimate legal proceeding to successfully prove Wilson had been tortured.

"By allowing TIRC, David Thomas, to be involved in any way regarding allegations that Mr. Wilson was tortured, after unsuccessfully presenting the same or similar claims for Mr. Wilson to a Circuit Court regarding Officers Fahey’s and O’Brien’s murders, is unjust, and particularly for the families of the slain officers," Theobold stated.

‍Theobold’s claims suggest an alarming breakdown of the Illinois criminal justice system, one in which legislators have created a “legal” arena completely separate from the courts that can “retry” a case which has already been rejected in the traditional courts.

It’s not the first time David Thomas’ role in TIRC has faced criticism. Thomas was voted off as head of TIRC after a scandal in 2013 when the families of murder victims were not informed that the convicted killers of their loved ones were bringing their cases before the commission and could, like Jackie Wilson, find their way to freedom. TIRC was required to notify family members of victims. Some family members, however, only discovered the convicted murderers of their loved ones were coming before TIRC when contacted by the media for a comment.

Imagine learning from a media figure that the convicted killer(s) of your loved one may be freed from prison not because of a parole board hearing, but because of the work of a politicized commission created by the IGA. Family members of victims investigated and discovered TIRC’s failure to notify under the leadership of Thomas was widespread.

Former Gov. Pat Quinn said the failure of TIRC to notify under Thomas was "a gross failure of the law," and called for the commission head's resignation.

"There’s no oversight to this commission. I don’t know who they report to, if anybody. I don’t think anybody’s watching or vetting what they’re doing."

Joe Heinrich, whose sister, Jo Ellen Pueschel, was raped and murdered along with her husband Dean in 1983, holds a dim view of TIRC. In a crime that sent shockwaves through the Rogers Park neighborhood, brothers Reginald and Jerry Mahaffey entered the Pueschel’s home, murdered the couple and brutally beat the Pueschel’s 11-year-old son, Ricky. Neither Heinrich nor anyone in his family were notified that TIRC was taking up the claims of Jerry Mahaffey. TIRC almost voted to put his case back in the courts, which could have allowed him to go free.

Heinrich lashed out at Thomas and the commission during a meeting in the wake of the scandal surrounding no notification to family of victim during Thomas’ leadership:‍

"I listened to the audio tape from your July 17th meeting where Dave Thomas (former head of the commission) is clearly heard snickering and giggling as he presented the Jerry Mahaffey case to this Commission. I have that audio here today for anyone to hear. I am having a very difficult time trying to figure out what was so funny about what Jerry Mahaffey did to Jo Ellen, Dean and Rick. Was it the rape? The beatings? The stabbings? Or was Thomas just acting like a child, giggling with excitement and a sense of delight that this case was being heard? Or is he just an insensitive and callous human being who couldn’t care less about what Jerry Mahaffey did to my family? Where was the adult in the room?"

"If we had been there on July 17th he would not have laughed.  But we weren’t there, were we?  And at that meeting all of you sat on your hands and heard him laugh and you said nothing.  To tolerate it is to condone it."‍

So a potentially illegal commission was operating in violation of its own legal mandate?

Another problem emerges in the Wilson lawsuit apart from the claim that his entire path to freedom was a constitutional travesty. Earlier in February, Wilson was arrested for allegedly beating a woman with a flashlight after having sex with her. That case is now before the criminal courts. Wilson, however, has named prosecutors as defendants in his civil lawsuit, creating a potential conflict for the administration of Cook County State’s Attorney Kimberly Foxx.

Shouldn’t a special prosecutor be appointed to oversee the Wilson case?

While the appointment of a special prosecutor makes sense here, it's doubtful Foxx will appoint one. Foxx, after all, has not established much of a reputation for being impartial.

The need for a special prosecutor is only amplified by Theobold’s recurring complaint that Foxx is withholding files needed by the defendants for the presentation of their case. With so many examples of Foxx being in alignment with the exoneration industry, should her office be prosecuting one of those exonerees for another crime?

One more recurring theme emerges in Theobold’s pleading: The silence of the media lambs in Chicago like Tribune reporters Jason Meisner, Megan Crepeau and Sun-Times reporter Jon Seidel on the claims that TIRC is unconstitutional. Another grave sign that Chicago's media monolith is entirely on the side of police accusers, press silence regarding the evidence of bogus exoneration claims prevents the public from fully grasping the steady erosion of the state’s legal system.

So TIRC marches on, a kind of legal Frankenstein created by failed legislators, which turns convicted killers back onto the streets, bankrupting city coffers with ludicrous civil lawsuits and empowering the otherwise vapid rhetoric of the anti-police movement.

And summer is just around the corner.