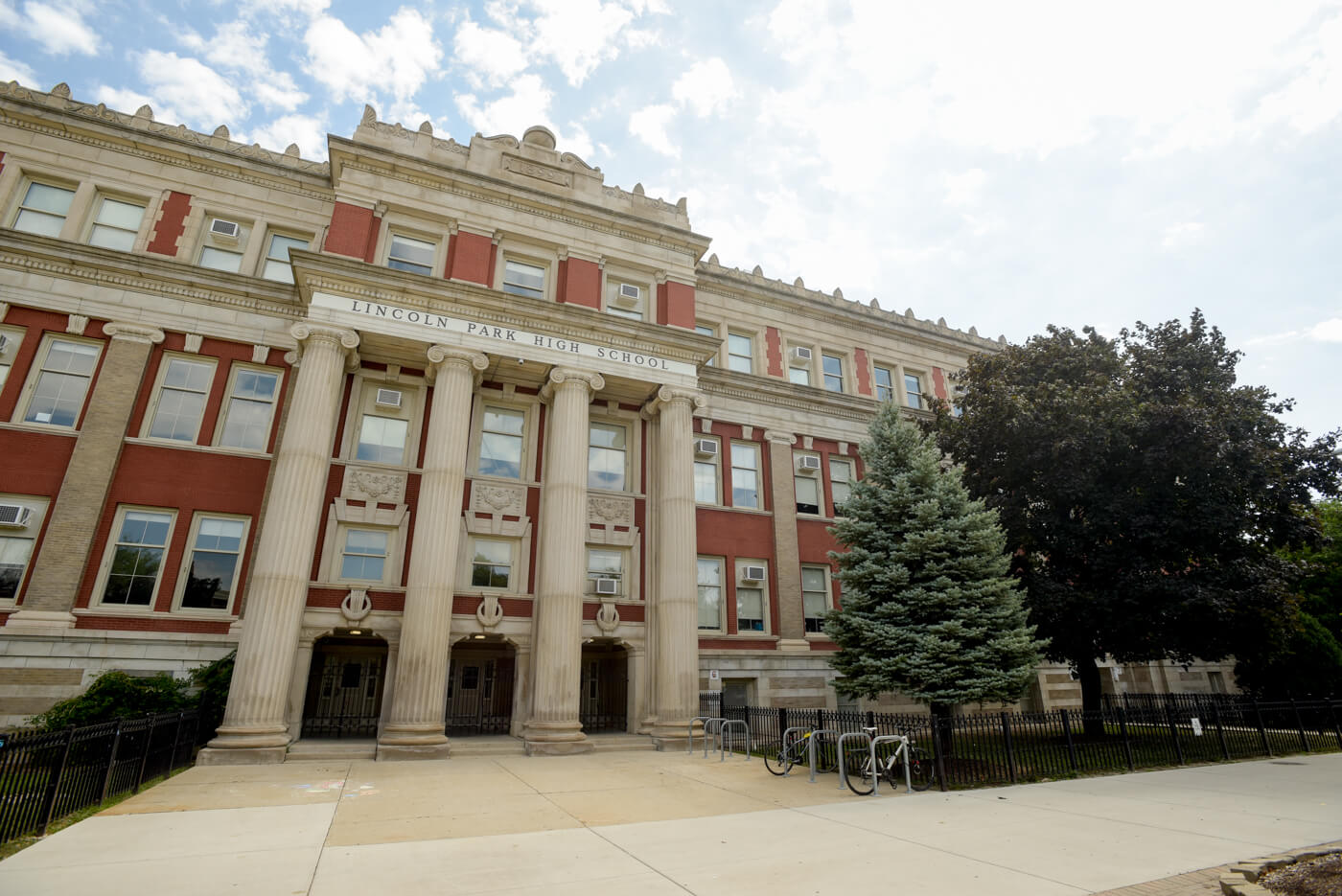 The free exchange of ideas in schools is a relic of a bygone era.

In their messages to parents, schools across Chicago, both public and private, claim in their mission statements they are committed to the intellectual development of young men and women to enable them to pursue meaningful lives and find success in careers and civic life. Nobel aims, many of those same schools also assert in order to uphold their duty to enrich the educational experiences of students, the virtues of “tolerance,” “diversity,” and “inclusion” are integral to achieving educational goals.

In an earlier epoch, to realize these objectives, primary and secondary schools concentrated principally on the hire of diverse staff and admission of students of broad socioeconomic backgrounds. Today, however, the commitment to foster tolerance, diversity, and inclusion embraces the development and application of new curriculum. Though the schools have created these new courses of study under the guise it serves to honor the dignity of others, and foils behavior that oppresses, ostracizes or shames, some parents say the new coursework is suffocating healthy discourse in the classroom.

Unexamined, the new classwork sounds dignified and honorable, but when the curtain is drawn back and it is learned the new curriculum is inspired by the Black Lives Matter (BLM) movement, a substantial problem is revealed. Black Lives Matter has become a movement that embraces violence, theft and vandalism. Birthed originally in the fictionalized “Hands up, don’t shoot,” movement and now taught alongside the 1619 Project and the Jon Burge curriculum in Chicago, the program of study incited by BLM has alarmed a set of parents who say the coursework is fundamentally political, including the teaching of material that suggests criminal activity as a necessary means to an end. As stated in their account, the parent’s concerns are found in the fact the curriculum is intended to indoctrinate rather than teach students, exposing children and teens to, at best, debatable, and at worse, entirely false, information in the attempt to radicalize. While controversial curriculum is nothing new, the parents say their greater fear is educators have abandoned the pose of studious neutrality during instruction for radical left-wing evangelism. In 2021, this means replacing a chalkboard and debate with a one-way Zoom Molotov cocktail.

According to the parents, who have children enrolled in both CPS and private schools in Chicago, many adults are frightened of expressing their objections over politics in the classroom, specifically if the disagreement revolves around “woke” educational philosophies. A sacred subject to many modern educators, the parents state their fear of lodging protests with educators or administrators rests mainly with the fact those who oppose modern interpretations of history or a prevailing ideology are often branded racist, sexist, intolerant or worse.

Aggravating these circumstances is a dynamic in both schooling systems which the parents say permit the free articulation of left-wing creed, which becomes a rallying cry for those forcefully evangelize in the classroom and strike a blow for left-wing causes. However, the parents say for students who contradict such viewpoints or express differing opinions, risk being stigmatized as a heretic, a fascist or totalitarian.

While the parents admit they hold moderate political views, they concede their experience with both the private and public schools this year in Chicago has been vastly different. The parents say both systems have “gone woke,” so to speak. Nonetheless, the parents say the public system, incredibly, has been infinitely more open to dissenting views than its private counterpart.

In one instance, the parents say their child, a junior at a large CPS high school, differed with the presentation over how a new curriculum developed on Black Lives Matter was being taught in a social studies class earlier this fall. Disagreeing with the examples of institutional racism presented in the lesson, the parents contacted the school’s principal because they considered their son’s position defensible and his right to challenge the instruction was being trampled upon. To his credit, the parents say the school’s principal swiftly responded to their concerns, and facilitated meetings with their child’s teacher, who assured them their son would receive full credit over his dissenting opinions on material presented. This occurred only when the instructor insisted their child be equipped with logic and facts to substantiate his positions, and most importantly, to deliver them with diplomacy.

Surprisingly, the parents say the CPS school at which their son is enrolled has abided by the assurances it offered after consulting with instructors and administrators regarding their son’s experience. The parents say they would like to think that the matter, and the support their child has received following it, was an incentive for their child to embrace a broader set of perspectives and, most important, recognize the weight of nuanced debate in shaping better outcomes for everyone. One of the unique qualities of 2020 has been a sharp decline in open discourse and wholesome debate in political conversation. A free range to express ideas and opinions in the classroom, the parents insist, is essential to bridge divides.

In contrast to their experience with the CPS, the parents declare what their children have undergone at a private school at which two of their children attend has been disheartening. Following the 2016 Presidential election, the parents claim the school’s administration hired grief counselors for faculty and students. In a most peculiar move, sessions for mental balance were extended to pupils’ parents. Distraught over the election of President Trump, members of the school community were in tears. Bizarrely, school leadership thought it would be useful to bring in professional resources originally trained to apply their skills in disaster settings to heal the considerable emotional turmoil triggered by the election outcome.

While not necessarily an optimal allocation of resources from the vantage point of tuition-paying parents, the parents say they remained silent on what they considered an unnecessary expenditure. Regardless, since that time, the parents say their entire family has experienced what it is like to be muzzled or “cancelled” by teachers and members of the school community for differing with the one-sided “new” curriculum covering “tolerance,” “diversity,” and “inclusion.”

In one incident the parents recounted involving their child, who was then in the sixth grade, several students, males only, were designated for extra clean-up work in a science laboratory. The parents say the teacher selected the students solely on the basis of gender. In their description of the incident, the parents claim the teacher told the students: “It’s not the 1950s anymore, boys!” One of dozens of blinkered statements muttered by the teacher throughout the year, while humorous at first, these snark-filled comments became recurrent. Multiple parents of both boys and girls would eventually approach school administrators to bring complaints against the teacher for her use of sexist diction. However, rather than be reprimanded, the teacher remained in her position and, in a deeply unsettling move, was elevated to lead the school’s diversity, equity, and inclusion program earlier this year.

In another incident last fall, the parents discovered the political climate in the school had grown in both intensity and scope. During discussion over the impending 2020 election cycle and the absence of debate surrounding the rise of the BLM movement, their child, now in the eighth grade, revealed classroom learning had devolved into instruction over what to think as opposed to how to think. Recalling the episode, the parents state their child reported multiple teachers were publicly critical of students who did not share a favorable view of the Black Lives Matter movement. Additionally, the child explained numerous faculty members openly shamed students who held opinions in conflict with the new “social justice” curriculum. Particularly concerning for the parents is the fact many of the same faculty members involved in discrediting students over BLM curriculum are teachers who are influential over students applying to area high schools.

Not the sort of parents to defend their children at any cost, the couple reluctantly attended a parental diversity training seminar at the school in the fall, only to discover they were racist until they became anti-racist. A model that demands “experts” sermonize at adults to ferret out alleged bias, the parents soon learned “diversity education” entailed a wholesale renunciation of capitalism, free thought and self-determination. To the “experts” in diversity education, those who believe in free markets, for example, quietly treasure inequity.

During later training sessions held in Zoom chat rooms, the parents paint an even more disturbing portrait of their child’s school. When the parents proposed the school consider additional authors on diversity to fulfill a need for pluralism based on their own child’s experiences, they were “cancelled.” Shortly thereafter, they were told their opinions could not possibly be accurate given the “openness” of the classroom environment to all perspectives.

Troubled by their experiences with the school, prior to and after diversity training was complete, the parents brought their concerns over the unbalanced politics and the strangulation of impartial debate to the principal. The parents then requested an investigation into whether free expression and fair debate was being smothered in the classroom. This request for a school-led probe included interviewing their child on his own experiences going back to sex discrimination. No such inquiry has taken place. On multiple occasions, the parents say they asked for the principal to introduce diverse ideas into its diversity training to faculty and parents, including suggesting additional topics for discussion and speakers to address issues more extensively. To their lament, the parents say their appeals were denied and in one instance told that “alternative views could include white supremist perspectives.”

Fortunately for the parents, they claim they have fared better in direct discussions with their child’s teachers, including one who was surprisingly candid, telling them he recognized what he was doing when confronted. According to the parents, the teacher vowed to preach tolerance for differing views in future classroom deliberation. However, the parents say their son has continued to endure puerile taunts and badgering from teachers in other classrooms. Remarkably, the head of diversity and inclusion at the school remains in her role, perhaps as a statement to members of the community that being a member of a victimized group is an excuse enough for one’s own behavior.

While the parents excuse the sexist nepotism in this case as a one-off, their experience working directly with their child’s teacher in the same school demonstrates that schools can take on a new curriculum and other educational material while encouraging alternative perspectives. Yet the parents know from recent revelations of similar experiences at prestigious schools such as Dalton in New York City that free discourse is no longer welcome in all schools — that identity is not something to mold and shape, but to decide based on placement on the “identity wheel” that is trotted out to parents and students alike as part of new diversity and inclusion curriculums. In other words, the message in these new pedagogical methods is what you are born as matters more than what you can do to better yourself.

The parent’s fear is that most parents are either apathetic or too afraid to speak up on these topics to administrators and teachers in Chicago. Ultimately, some will vote with their feet and decide to change schools or leave the city. But many don’t have this luxury. For these parents, their experience seeing dogmatic views of race, sex, gender or other “identifiers” taking precedent in educational philosophy over critical thinking and debate is a lesson that all schools, both public and private, will become about “what to learn” rather than “how to learn” unless parents speak up.