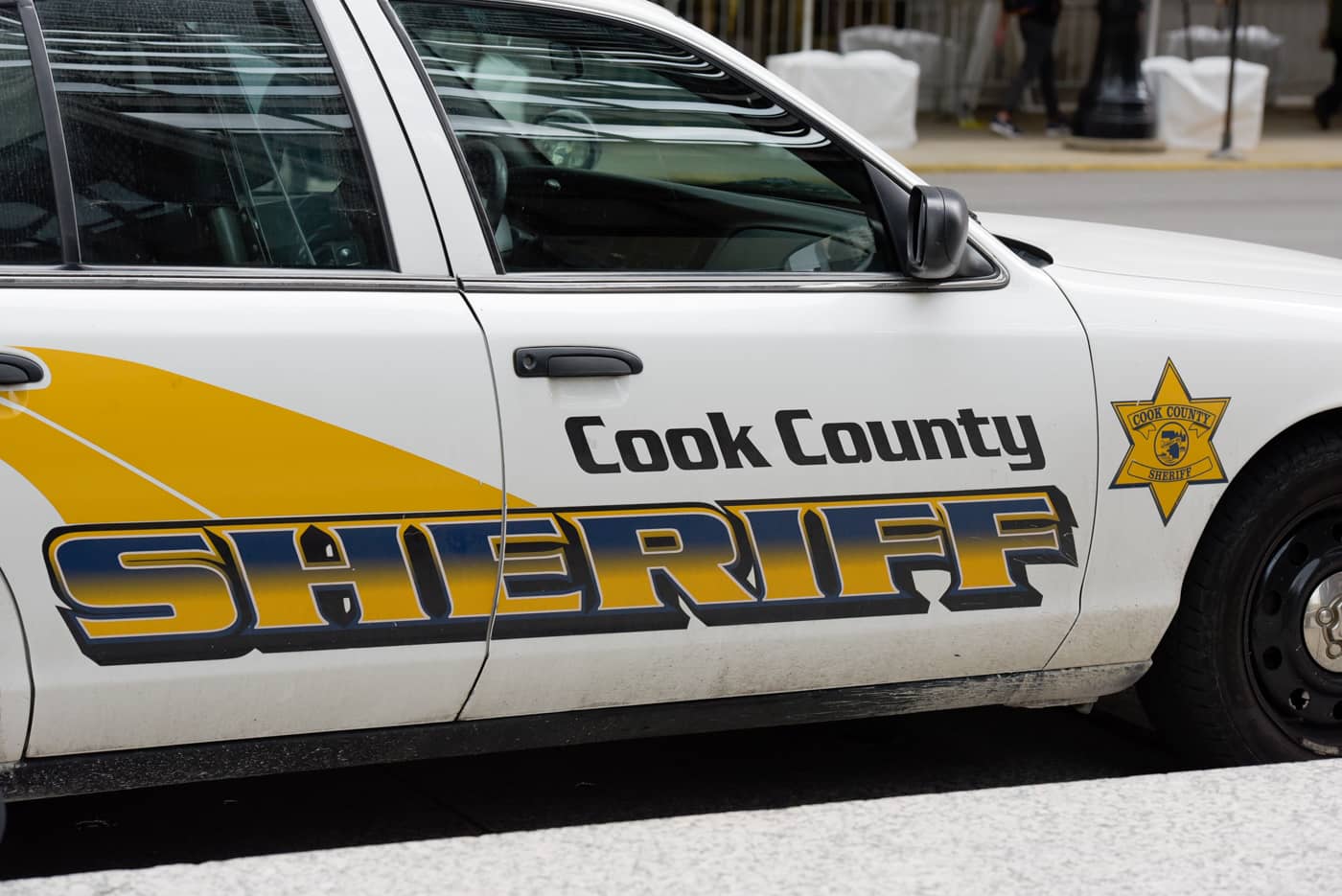 A couple of weeks ago, WGN9 “investigative reporter” Ben Bradley sat down with Cook County Sheriff Tom Dart for a webinar discussion on the deteriorating state of crime in Chicagoland, root causes and prospects for some sort of turnaround. With much fanfare about Dart’s attire — he donned a jacket and tie, apparently not something he often does — Bradley introduced the sheriff as an “innovator.”

The event, meant to explain Dart’s approach to handling violent crimes in Cook County as well as how to decrease the number of illegal guns on the streets along with Dart’s strategy to keep county jails operating safely, left this attendee wondering whether both “reporter” and “official” were employed by the same organization.

Four themes emerged from this friendly interview with the “Innovator.”

First, an acknowledgment that, despite the “great minds in government,” crime has increased in Cook Country, but that we have fewer criminals behind bars, which means victory.

Second, that judges are to blame for most of the county’s ills, i.e., not Dart, State's Attorney Kim Foxx, Cook County Board President Toni Preckwinkle or Mayor Lori Lightfoot.

Third, electronic monitoring has been a great success (the data shows it has — really!)

And fourth, that the rise in carjackings is really just a visibility issue: Dart blamed social media for greater awareness of carjackings, while also suggesting aggravated vehicular hijacking does not really represent serious criminal activity as a good chunk of the crime comes down to “joy rides.”

Let’s explore what Dart had to say about each and then fact check each theme of the interview before sharing the questions we would have asked.

Admiring the “Great Minds” in government

Let’s start with who butters the good sheriff’s bread. Dart respects the “great minds” in government. But in fairness to Cook County’s deferential ranking law enforcement official, he did acknowledge rising crime numbers when asked about the crime surge and what is driving it.

But of course Dart did so with a caveat.

Dart first suggested that both Baltimore and St. Louis and even Rockford, Ill., have higher per capita murder rates than Chicago (fact check: Rockford does have a higher murder rate per capita). Nevertheless, Dart claimed, “it all goes back to history and the reality is that people need to understand that ... great minds (and) the (government) institutions with the great minds have no idea themselves with upticks all around the country and not just here.”

Moreover, Dart continued: “Crime rates are much higher elsewhere and in the 80s and 90s it was much worse.” Dart did acknowledge, however, that Chicago numbers are “way beyond LA and NYC” but there would be no easy answers and there are a lot of “complexities that will take weeks, months, years to get (at).”

A quick check of the data, not presented by Dart, helps to illustrate the actual track record of Illinois compared to the rest of the country. Now before objecting that state data includes all counties, which it does, the reader needs to remember the Pareto Rule —  that 80 percent of the crime likely comes from 20 percent of the counties.

Cook County, as the largest county in the state, takes the lion share of the rate of violent crime.

If the fireside chat was anything but an interview with a friendly press secretary, a potential follow-up, root-cause question to ask would be how many state attorneys from cities with per capital murder rates outpacing the U.S. overall, including Chicago, received major funding from George Soros?

The answer: Just about all. For example: Soros funded prosecutors in Cook County, St. Louis' Kimberly Gardner, Chesa Boudin in San Francisco and Philadelphia's Larry Krasner among a myriad of 200-plus other “progressive” prosecutor’s offices.

Of course this question never came up. But according to Dart and his ally, Kim Foxx, one can point the finger at other groups.

When asked about rising crime, Bradley quickly turned the next set of questions to the notion of responsibility and pointed to Kim Foxx’s support of bond reform, which is clearly working.

Of course Bradley acknowledged that Foxx too blames the judges when accused criminals are “out the next day,” rather than just pointing the finger at bond reform. Dart concurred with Foxx citing judges as the responsible party for rising crime numbers.

Dart then referenced a bail algorithm made effective January 1, 2018, (editor’s note: the initiative has let nearly 100 murderers awaiting trial out of jail), would help ensure that:

“...No defendant is held in custody prior to trial solely because the defendant cannot afford to post bail, to ensure fairness and the elimination of unjustifiable delay in the administration of justice, to facilitate the just determination of every criminal proceeding, and to preserve the public welfare and secure the fundamental human rights of individuals with interests in criminal court cases…”

This includes those who, while on “home” monitoring, repeat their offenses by killing others, among committing a plethora of other felony offenses while awaiting trial. This author suggests readers check out the “50” series on CWBChicago.com, which shows a stat tracker on the number of individuals out on electronic monitoring who went on to commit additional crimes.

In referencing his pesky equations, Dart obfuscated, but admitted some fault with the math suggesting, “[the algorithm] was put together by humans and doesn’t take into account the severity of the crime,” but, he continued: “All these cases are unique and judges need to look at cases uniquely BUT [emphasis added] something is out of kilter when 94 people are on home monitoring for murder. That shouldn’t happen. I don’t understand why there are so many out on electronic monitoring."

Contrarian reads this obfuscation as Dart suggesting the algorithm is not working as designed. Which is true. But why wasn’t it fixed once it became abundantly clear it was not working?

In the business world, if a hedge fund starts losing money based on its algorithm, it’s time to change the math. The algorithm is tweaked or trashed, one or the other. But it appears in Cook County that Dart and his colleagues decided to double down.

The “best” Electronic Monitoring in the world

Dart declared: “We have the best home monitoring program in the country.”

But is it? Perhaps if measured by the number of criminals leaving their cells for the streets of Chicago to murder and commit more crimes while awaiting trial, it might be.

Bradley inquired, “How did this (criminals getting off with no bail) happen? COVID? Algorithms?”

Dart went on to turn a negative into a positive noting that under his leadership, Cook County reduced the 11,000-prisoner population to only 5,700, more or less the same amount pre/post pandemic. 2,000-3,000 people were released on petty crimes, including many that, as Bradley hinted at, likely had no business being in jail anyway, such as carjackers on joy rides.

But what does the data on electronic monitoring actually suggest? Dart admitted some issues, including that retail thieves got out of jail less than gun offenders.

In short: If “best” means a reduction in holding criminals who commit capital crimes, possess guns illegally and are party to violent felony offenses, then Dart has got the best system in the world, no doubt.

One of the questions Bradley failed to ask “Dart the Innovator” centers on whether or not Dart provides timely electronic monitoring information to CPD when they conduct search warrants. Perhaps readers will recall that Dart failed to cooperate with CPD on the address of the man sought which led to the mistaken entry at Anjanette Young’s home!

The conversation quickly moved on to carjackings where Dart immediately suggested to Bradley that people need to, “look at what’s happening elsewhere,” as if that somehow justifies the fact that 2021 is now on track to have the highest number of carjackings in at least a decade, if not two, according to data from Heyjackass.com.

Here, Bradley found his sea legs and managed to eek out one question on carjackings:

“Residents have a perception that crime is up and carjackings are happening during the middle of the day in places that never used to see that (i.e. the Gold Coast)...please comment because we have cameras and Citizen App, CWB Chicago (does a phenomenal job), video, social media….we are hyper alerted to it. Ten years ago, there might have been the same number of carjackings but the horror of it wasn’t captured,” he asked.

Dart responded that he couldn’t agree more — implying social media and new crime apps have brought the issue of carjackings front and center to Chicago residents, tourists and government officials: "Nobody thinks it’s acceptable and it’s not going in the right direction ... people are scared and we are not trying to give false confidence but here are the numbers and it’s going on elsewhere."

According to the Cook County sheriff, when asked about the root cause of carjackings, a lot comes from joy riding, nearly half. He went on to say that police have never taken more guns off the street and in fact, it is an exception when during a traffic stop, a gun is not confiscated.

The questions Contrarian would have asked ‍

But the combination of softball questions and friendly “tête-à-tête” left this viewer with the impression that Bradley was Dart’s press secretary, not a reporter. Chicago residents have seen skyrocketing crime, policy immunity laws revoked, prisons emptied out, bail reform and now vaccine mandates further hobbling the police. During the interview, a real investigative reporter would have asked questions that got at the heart of the challenge.

The Contrarian would have prioritized the following eight:

These questions would have made it hard to point fingers. But despite the softball questions, Dart was an expert at blaming others when he could not deny or spin the facts throughout the webinar.

As Dwight Eisenhower once proclaimed, “the search for a scapegoat is the easiest of all hunting expeditions.”

And it’s even easier if Ben Bradley is by your side as your hunting dog.