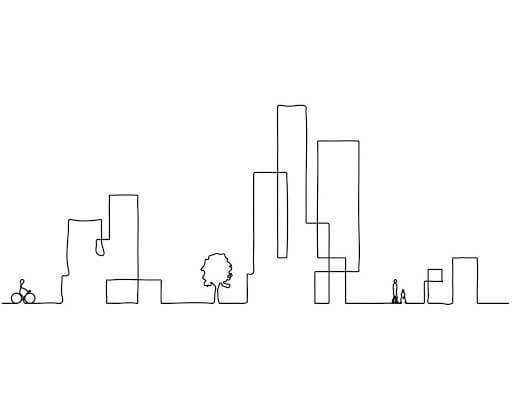 Evolving civility: an opportunity to contribute to the global challenge of building better cities, right here in Chicago.

“… we are still the nation’s logistics hub,”  Christian Mitchell, Deputy Governor of Illinois

What was it, exactly, that “… took the ‘mass’ out of mass transit?" Steve Chapman, Chicago Tribune Editorial Board

It is exciting to consider the possibilities of federal funds to support infrastructure in the Chicagoland area. Thirty percent of President Joe Biden's proposed $2 trillion infrastructure bill will be allotted for transportation projects, or roughly $600 billion, across the country. As the third-largest city with a declining population, Chicago’s share might be significantly less than the imagined needs by agencies looking to increase their power. Chicago’s history of being a logistics hub still retains value to distribute goods around the center of the country -- ranked between 1st, 2nd, and 7th depending upon source/methods. Yet international ports in places like Los Angeles, New York, Houston, and Seattle are beyond the scale of Chicago’s nationwide market.

Still, there is much to get excited about: transportation is a form of communication, opening people’s minds to learn about different places and things. Transportation, like communication, is a public good meant to be shared. If we can’t travel, we become isolated with limited knowledge and a low-resolution worldview. Even the distribution of goods exposes us to physical ideas from far away places. Isolation induced by reduced travel is similar to shunning and shaming on social networks. Increased travel in 21st-century living changed our thinking, allowing us to identify the effects of persistent 19th and 20th-century forms of mass transit: hub-and-spoke, dead-end commuter lines evolving increasingly segregated communities.

The hub-and-spoke form of transit systems, such as subways and commuter rail, responded to industrialized cities of millions of people. This hub-and-spoke model mimicked the concentric model of urban form, becoming a handicap to new travel services needed for global lifestyles. Chicago is positioned to create a new model that contributes to fully networked metropolises. The failure of Toronto’s Google-inspired SideWalk Labs has left urban strategies open to invention. Chicago’s legacy of hub-and-spoke, dead-end transit lines perpetuates the separation, and further estrangement, of socio-economic groupings clustered around lines filled with stops.

The CTA used to be referred to as “rapid transit” because elevated rail in the 1940s was indeed very fast relative to currently fashionable, slow light-rail systems and driving on local roads. Once the interstate highway system thoroughly networked the country together, the CTA stop-filled lines appeared exceedingly slow.

How many political leaders lusting for power stand, waiting in the middle of the Dan Ryan highway, for the Red Line to arrive? Do they understand the additive segregation of such actions? Surrounded by mature economies in high-speed suburbs, standing in the middle of Chicago’s highways is a degrading transportation experience. As its relative speed gets slower with every stop added, extending the Red Line’s antiquated model is not wise. Chasing power to rebuild the past is prolonging the slow decline of Chicago as an innovative and energetic place to live and thrive.

The aims of affordable housing and accessible transportation are unassailable. Many other dreams are equally important: accessibility, equity, and inclusiveness. The roots of these issues have to do with growing wealth disparity between people of all ethnicities. From this discrepancy is an opportunity to reimagine a funding mechanism designed to produce well-designed, desirable transportation.

After the pandemic, it is exceedingly clear that a single mode of commuter transportation was not compatible with a networked global economy. Highways succeed because they are multi-modal, serving people traveling for infinite reasons, school buses, shipping containers, and construction workers. Additionally, in 2021 despite what advocates say about the privatization of transportation systems, society knows that simply transferring the shared public domain to Amazon, Google, and Facebook, is not the best way to manage the commons.

People traveling today need more than just one kind of "mass-transit" experience. Chicago can upgrade common travel services to offer support for today’s needs such as playful, elegant, personal-gear support or child safety assistance. Developing variable travel services to share the same infrastructure is the way to build "green" for millions of needs, and prevent the commonly valued skies from being clouded by millions of noisy, energy-consuming, flying taxis and drones.

Chicago has a plethora of needs, and transportation impacts all of them. An advanced multi-modal digitally tracked transport for goods and multi-form travel services for people will generate the excitement of a thriving metropolis, with spinoffs in multiple industries.

Lake Michigan is so desirable that many people are moving from Chicago to the other side of the water. Meanwhile, vast tracts of land exist on the South Lakefront with limited integration to the networked economy. Without going into the weeds, it is not the excitement of newly digitized buildings like SideWalk Labs in Toronto, nor an exclusive zone like Charter Cities, that will evolve civility into a thriving Chicagoland. It is new lifestyle opportunities that create places that thrive.

A New South offering advanced travel services, and Chicago’s spectacular Lakefront, contains the potential to demonstrate how to build 21st-century cities where people and communities evolve their unique civility. Coordinating the self-directed actions of people and community groups requires accommodating change and flexibility, such that these actions contribute to the human endeavor in ways tremendous and local. Well-coordinated transit networked into the global economy, well-designed places that support community life, and positioning on Chicago’s Lakefront provide the leverage needed to bring new models for living and thriving into the world.

Extending a 19th-century transportation model slowly traveling into the Loop after the pandemic will not generate cultural returns from today’s societal investment. Infrastructure investment needs to contribute to global innovation if Chicago wants to remain worldly relevant. Significantly, new multi-modal, multi-form metropolis-wide travel services can be funded with fractional ownership financial mechanisms, changing the nature of our financial incentives to better align with our community’s needs.