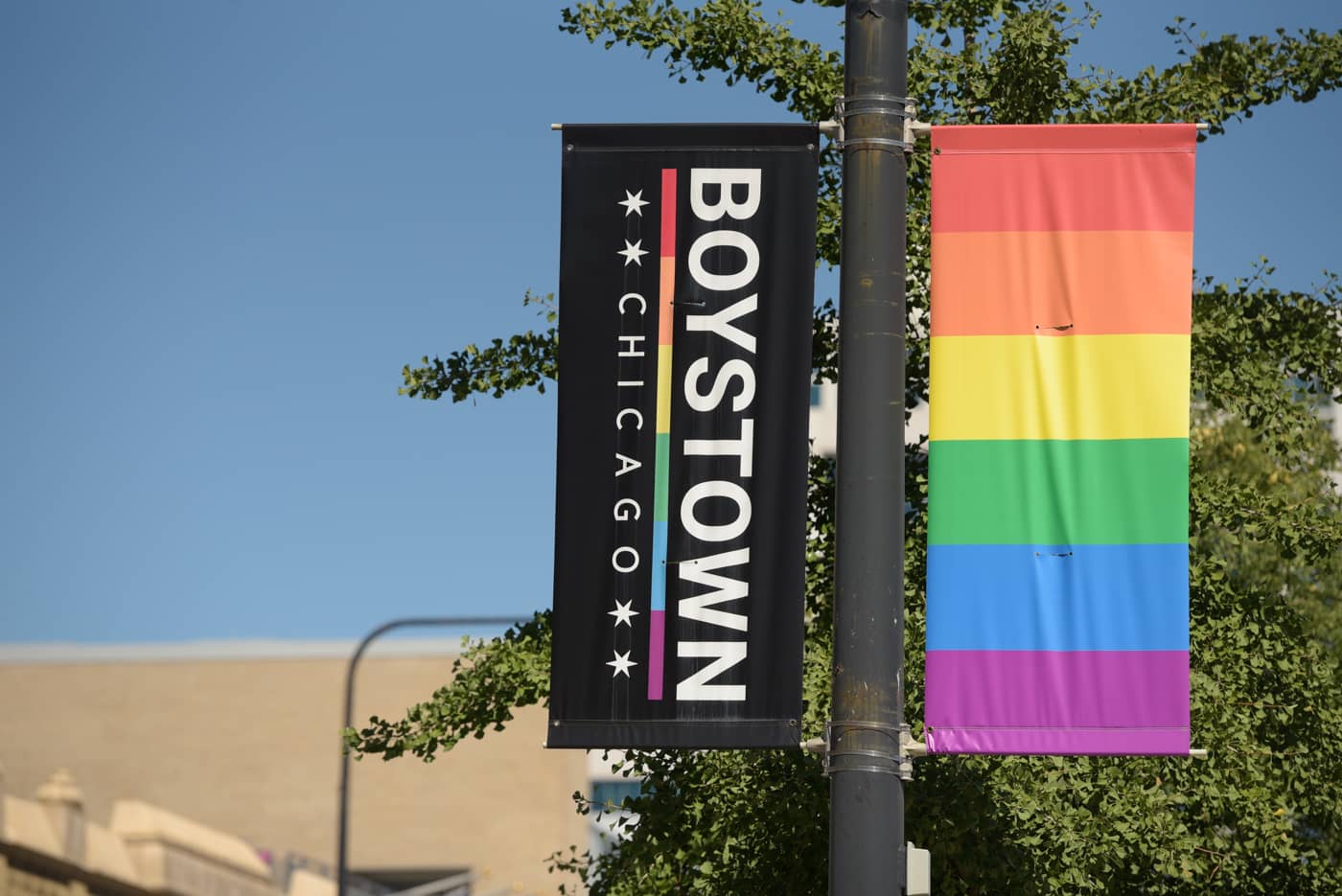 Chicago Contrarian has chronicled the dramatic transformation of the elite Bernard Zell Anshe Emet Day School, a private Jewish school on the North Side of Chicago. These pages were some of the very first to break the story of how private schools have been taken over by radical progressive leaders that teach Critical Race Theory (CRT) and Marxism, using Bernard Zell as a case study.

In a series of essays over the past 14 months, Michael Bernard has written extensively about The Great Awokening at Zell.

After a second Contrarian article was published in 2021, a number of parents banded together at the school and began to express their collective voices versus just individually. This included the recommendation the school appoint to the board a member who was “more conservative” for balance.

Nonetheless, as anyone who has attempted to engage academic progressives in debate and discourse inevitably learns, responses are nearly always met with, at best, denial or lies, or at worse, false promises about what the school intends to do about embracing debate and broader views going forward.*

In the case of Bernard Zell, even after the Head of School, Gary Weisserman, disputed the basis of the second Contrarian article in a letter to the community, Zell ended up toning down its vocal support of some progressive causes, even though it continued to quash debate in the classroom, according to parents. Fortunately, among the changes which did occur following Contrarian's article, CRT teaching elements such as asking students to “consider and reflect on their [white, Jewish] privilege,” decreased.

Despite this shift in practice, in its place, Zell more aggressively began to adopt gender ideology, such as pronouns, gender changes, gender affirmation and LGBTQIA+ advocacy as its new rallying cry for a “nonbinary school of Judaism,” according to one community member. Lamentably, this, according to parents, proved more alienating than uniting, and is also leading to families leaving between the 2021-2022 and 2022-2023 school year.‍

Over the past six-year period, enrollment at Bernard Zell has declined 23 percent. A startling drop, graphics found on Zell's website reveal the school's 2018 Financial Report showing student enrollment of 544 for 2016-2017 and 535 for 2017-2018 (a statistically insignificant change).

There could be multiple explanations for the decline in enrollment, of course, having nothing to do with the teaching of CRT, advocacy of progressive and "woke" causes, continued employment of Johanna Thompson, adoption of pronouns as required elements for tests, teaching of the LGBTQIA+ doctrine of gender fluidity in the classroom and continued classroom denial of what the Trump administration did for peace in Israel and the Middle East.

With this in mind, it's worth examining why Zell has suffered a downturn in enrollment.

For example: A stagnant or declining endowment could decrease financial aid availability for needy students. This factor, however, is unlikely to be a contributor to a decline in enrollment in view of the fact Bernard Zell’s endowment has increased dramatically in the past decade. The growth Zell has experienced in its endowment is due in large part to incredibly generous donations from Sam Zell and other philanthropic members of the community.

A second possibility to consider for a decline in enrollment could be related to the physical structure or athletic facilities relative to other options.

Similarly to the endowment, the school embarked and completed a building campaign which included “a fantastic new wing and updated playing fields,” according to one former parent, in the past decade. Sources tell Contrarian this required more than a $20 million investment.

Still another reason for decline could simply be demographic shifts, as posited by some members of the school community, in fact. This is a logical argument on the surface, but not one that stands up to peer review if you consider the Jewish community has increased in recent years.

Enrollment has increased at Bernard Zell’s peer schools including the Chicago Jewish Day School, which has more than doubled its enrollment in the past decade. Similarly, the Latin School, despite all the recent news coverage, has also increased in size over the past decade, as have others which have grown dramatically including The French school (Lycee), British School and Wolcott.

Nearly all of these schools experienced growth trends through COVID-19, as well.

Another rationale for the decline could be that the school's administration and its board deliberately sought a slimmer enrollment. This reasoning is doubtful, say multiple community members, who were told the facility investments and operational structure were predicated on maintaining enrollment over 20 percent above today’s numbers

Clearly, Jewish demographics and local peer schools — both Jewish and non-denominational — are not declining at the same rate as Bernard Zell and COVID-19 is not a valid explanation for the drop either, nor is a concerted school strategy to reduce enrollment.

‍Despite a substantial increase in the school endowment and upgrades to facilities, favorable demographics improvements in Chicago for the Jewish community and peer private school increases during the same time period — owning to the “awfulness of CPS,” according to multiple parents — Bernard Zell’s 23 percent decline in enrollment appears to be continuing and “less than 400 students is not out of the cards,” according to one community member.

The lessons of Bernard Zell should be clear to other private schools — and parochial schools, including Jewish Day schools — which do not have a significant waiting list and seemingly unlimited demand: The embrace of progressive politics — DEI, Critical Race Theory and gender ideology — are not recipes for growing your student body, nor is keeping around a school head who gaslights parents about what is actually being taught in the classroom.

Fortunately, Bernard Zell has both the endowment and, increasingly, the support of some members of the community to get back to basics in terms of being a great school.

And maybe, just maybe, this shift is picking up steam: The entire DEI section of Bernard Zell’s website was recently removed.

A former parent who was provided a proof copy of this article for fact check asked if he could provide the following statement for inclusion: Tikkun olam or ( תִּיקּוּן עוֹלָם,) literally means to 'repair of the world’. Those in the Bernard Zell community (and other Jewish schools) will no doubt be familiar with this phrase.

‍‍In this case, repairing the world must start within our own walls. But even if the struggle can seem insurmountable, it is not.

‍At Jewish schools like Bernard Zell — as well as Catholic and other religious schools — the recent embrace of the DEI religion and prophets like Ibram Kendi and Robin DiAngelo, and more recently, radical gender ideology, thanks to efforts from the Pritzker family, among others, at the expense of a religiously and academically classical curriculum, debate and discourse, needs to be called out for what it is: Worshiping false idols.‍

‍When schools proactively encourage pre-teens to question their gender identity in the classroom, it is clear what G-D expects of us: To rebuild great institutions like Bernard Zell Anshe Emet Day School, not to give up.

‍‍This includes telling the NAIS that its gender and DEI ideology and curriculum that prohibits debate and teaches how to silence dissent within the schools it accredits is no longer welcome here.

‍‍King Solomon teaches us the righteous must stand up even after falling.

* Sources in the private school community tell Contrarian that this approach to “confronting the 5 percent of parents who fight back” is in the recommended leadership “playbook” of the National Association of Independent schools (NAIS), which accredits Bernard Zell including providing curriculum and board-type oversight (Undercover Mothers documents the practices and DEI playbook of NAIS, for those that want a deeper dive on the topic).

Transportation Justice, Chicago Mayor Lightfoot Style
Looting a special TIF district to pay for equity.
Rafael de León
The Latin School of Chicago in Shambles
Depravity, “rules for thee and not for me” and bullying culture appear systemic at Chicago’s most elite private school.
Florian Sohnke
Chicago Landlords Brace for a Further Erosion of Their Rights
A step toward the state taking over private property, HB 2775 will only hurt those in the greatest need of affordable housing.
Florian Sohnke
Every Teacher a Social Justice Warrior: Pronouns in Chicago Classrooms
CPS preaches pronouns and the 72 genders, as Chicago kids make non-binary ninja jokes.
Benjamin Blair