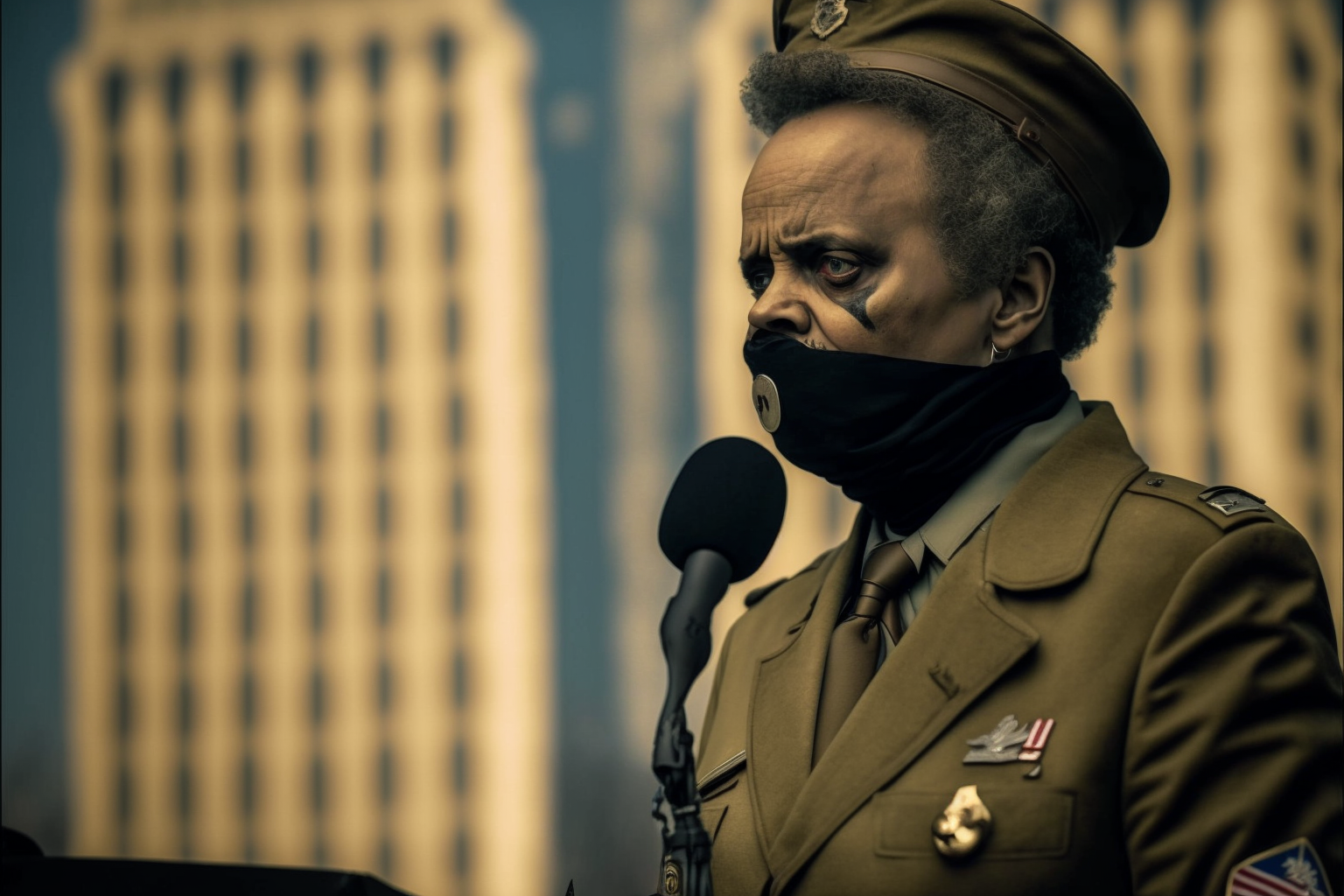 I’ve been looking at the polling data for the first round of voting in February’s election, and I’m not happy. If white supremacy triumphs, I’ll be giving back my 80+ person police detail (special friends included).

In particular, it’s not looking good with the Hispanics: Chuy’s already bought the sanctuary vote and Vallas has the legals.

But I’ve got a plan to not get knocked out in the first round: A community-by-community approach to help with getting out the vote with the specific demographics that favor ME in each section of the city.

On the North Side, my most solid voting block, we will be partnering with the Pritzker's trans-the-kids for-profit empire and Lurie Children’s Hospital to hold pre-teen hormone giveaway days — no parental consent required — for those who want to “try before you buy” (i.e., strapping on permanently + slashing off). With every vote for Lori, you get a free hormone dose.

Anyone who identifies as 18 and can fill out an absentee voting ballot, qualifies. And CPS high schools will be participating. To encourage participation, those who decline the offer will require a 30-minute counseling session with one of the 400+ sex offenders affiliated with CPS.

Ibrahim Kendi and Robin DiAngelo have volunteered to Zoom in live from the “Butt Plugs Matter social justice play room” at Francis Parker to remind us why whiteness is hate. And at Saint Ignatius, they’ll also be offering anti-racist indulgences for all attendees who cast an extra ballot and take communion with a pumpernickel wafer.

At each NAIS school, blue hair spray, Lori branded N95s and boosters will also be available.

Thanks to Pfizer and the World Economic Forum, Party members and their children at these events can get their membership chips scanned to get credit for another booster on their vaccine passport while actually getting a saline shot (just in-time for next year’s new booster requirements at Ivy league schools).

Special bonus: Platinum chipped attendees who attended Davos will also have the choice of getting free flight time added to their Netjets cards or upgrading to a G700 just in time for that Cabo spring break trip right before all those private  landing parking spots fill up, as they always seem to do this time of year. To assuage your white privilege carbon guilt, Sam Bankman-Fried has offered to buy the carbon offsets for everyone with your money!

We need to split the demographic on the South Side to get out every vote. Here, Amy is telling me for law-abiding citizens, that another taxpayer funded gas giveaway and an expansion of my basic income program to all BIPOC peoples could get me a few votes from the Willie crowd.

We’re calling this the “my truth, my vote” initiative.

But for my primary voting demographic on the South Side, I’ve got something better: George Soros funded after school training programs for youth and young adults focusing on how to push the limits of the SAFE-T Act while voting early for Lori. In these classes, taught by my bestie Kim Foxx, we’ll provide video examples of how to engage in armed assaults, carjackings and muggings while coming away with a misdemeanor or less (that is, if you even get caught, or charged which is highly unlikely — further putting the odds in your favor of redistributing wealth without getting arrested).

We’ll also provide maps of the Northside showing where CPD patrols are less than 50 percent of pre-pandemic levels (i.e., all). And completion of multiple early voting or mail-in ballots will also get you a 45-round double-stack magazine for that modified fully-automatic Glock (no FOID or CCL required).

The West Side is proving difficult. But we had a breakthrough working with Pete Buttigieg and Kamala Harris the other day here during her visit.

Thanks to comrade Kamala, I am excited to announce a new campaign partnership with the CTA, TikTok and Huweai. Together, we’ll be offering dispensary giveaway cards, free fentanyl and pre-paid Lori burner phones at all Green Line stations alongside early voting kiosks.

Citywide, Lori’s election mules (codename: LEM team) will also be able to use the CTA or Uber Black Car Service (only the best for my team) free of charge with each ballot dump.

I’ve also promised my official progressive media partners (Trib, Block Club, etc.) that if I’m elected to a second term, and following on previous policy guidance from The Party, under no circumstances will my office ever give interviews to white people again. I also consulted my Magic 8 Ball on this topic.

Finally, let me remind all Lori supporters that Cook County’s new “My Truth” voting rules encourage you to vote for BIPOC dead people too.

This race won’t be easy.

It will be tight (not as tight as my favorite #buttplugdean). But we can pull this off if we all vote early and often for Lori!

The Mayor’s Office of Misinformation would like to remind you that satire is systematically racist and a vote for Paul Valles is a vote for white supremacy. (aka: law and order).